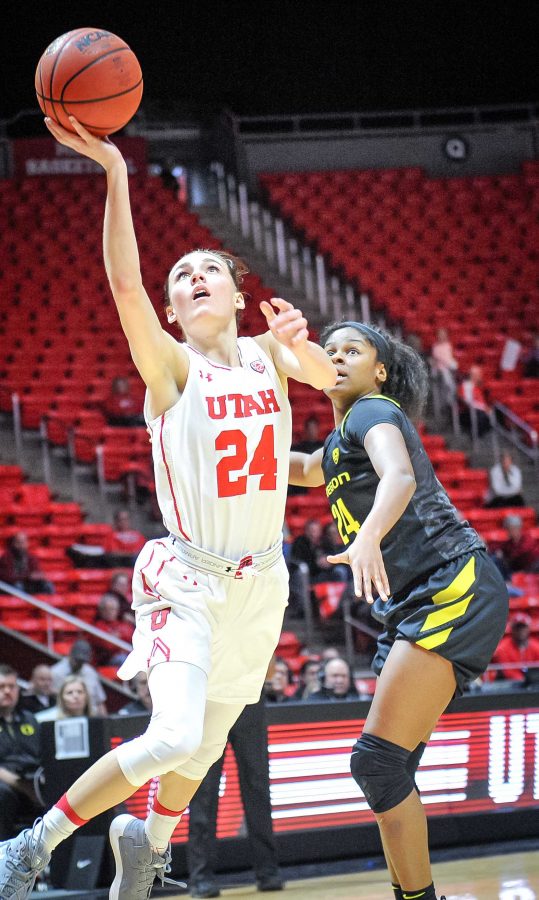 This weekend, Utah continues in non-conference play, and will look to continue their perfect record against the Wolverines of Utah Valley University.

The Utes are hosting four games in a row at the Jon M. Huntsman Center. The game against UVU will be the second of four home games.

In their previous game, the Utes had another high scoring game, beating Seattle University 89-62. Utah shot 55 percent from the field, marking the second straight game in which the Utes shot 50 percent or higher.

Leading the Utes was senior wing Daneesha Provo, who set her new career-high of 27 points against Seattle. Right behind Provo was senior forward Megan Huff, who had 23 points with 12 rebounds. The performance last week earned Huff her fourth double-double of the season.

“It wasn’t perfect, but it was a good win,” said head coach Lynne Roberts. “We were really working it around to give up a three and get a great layup instead. We only had three turnovers in the first half and I felt like the movement and passing was really good tonight.”

Utah has also had some freshman stepping up on the court. During the game against Seattle, Dre’Una Edwards had 12 points, five rebounds and four steals. Dru Gylten had nine points and set a career high in assists with 11.

UVU is currently 4-1 overall. The last game UVU played was against Arizona Christian, where they came away with a 76-68 win.

Before the game against Utah this Saturday, the Wolverines will have a game against Brigham Young University on Thursday, Nov. 29 at 11 a.m.

The match this Saturday will be the Utes’ first game on TV, and they will be airing on Pac-12 Networks. Tip off will be at 5:30 p.m. Season tickets are available here. With a valid University ID Students are allowed free entry for themselves and up to four guests at all home basketball games. All seating is general admission.