Scott: It’s Time for Utah to Acknowledge its Treatment of American Indians 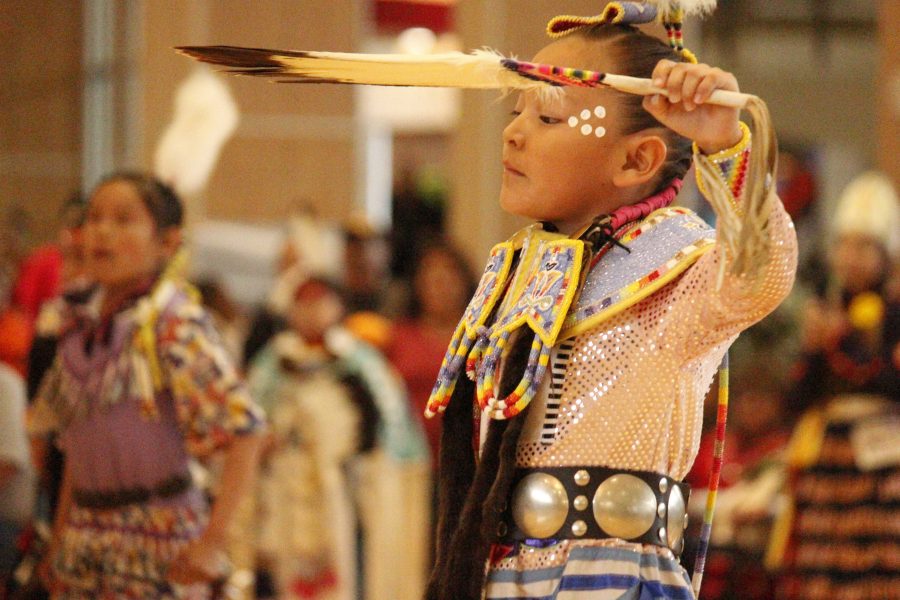 In 1847, when the first Mormon pioneers permanently rested their handcarts in what would later become the state of Utah, roughly 20,000 Shoshone, Goshute, Ute, Paiute and Navajo were already living on the land. It wouldn’t be until 1980 that the Native American population in Utah would again be restored to pre-settlement numbers, 133 years after the tribes were first subjected to displacement and violence by the white Mormon settlers.

Unfortunately, most people seem to be fairly unaware of the sheer magnitude of death and destruction that was experienced by the indigenous peoples living in Utah before and after statehood. While I have always held a nagging assumption that there was unconscionable violence perpetrated against them by the pioneers, I had not learned of the actual effects on the tribal population until recently. Though the information is out there in books, perhaps receiving a cursory reference in a junior high history class or as the topic of a seminar, the memory of this violence and the people that it happened to don’t live freshly enough in the minds of Utahns today.

There seems to be a popular response to resurfacing discussions about injustice in America, particularly if race is involved. Heinous justifications for genocide are often written off as “just the way things were back then.” The thirst for blood is excused as long as it was held by men who were “only products of their time.” People feel heartburn when forced to compare what they were taught— about their country, their state, their pioneer ancestors— with a more grim reality.

It’s uncomfortable to reconcile the tale of hardship, persecution and inspirational dedication of the Mormon pioneers with stolen land, murder and the slave trade. Members of The Church of Jesus Christ of Latter-day Saints themselves were highly persecuted, driven from their homes and in constant search of refuge. Their story is critical to the formation of the state of Utah and they are the literal and spiritual predecessors of many residents today.

While not an excuse, there is evidence that the pioneers had a more progressive attitude toward the Native American population than white people elsewhere in the United States. Brigham Young advocated for diplomacy, asking members to attempt to help Native American populations, even if it meant stimulating the already-existing slave trade. Pioneers regularly bought children from tribes with the intent to spare them from torture from rival tribes and to “civilize” them. By the first decade of settlement, at least 400 children were enslaved, required to work for 20 years before having their freedom restored.

Territory was stolen and defended and entitlement was the seed of brutality. In 1849, three white men killed a Native American man named Old Bishop when he refused their orders to give one of them the shirt that he was wearing. He was pulled into a scuffle, and after the men killed him, they used rocks to sink his body into the river. All intended generosity and idealism aside, there are multiple cases like this where the pioneers slowly spreading throughout Utah’s valleys proved willing to show cruelty at a minor inconvenience.

To forget the past does a great disservice to the present. The nuances of LDS-Native American relations are not dead in the past. They set the stage for the relationships of today, and there is a clear indication that aspects of the unsavory past continue to rot in the cellars inside of us.

In 2015, the University of Utah S.J. Quinney College of Law Public Policy Clinic turned its sights on the school-to-prison pipeline, finding that Utah’s Native American children face an alarming amount of antagonism in the classroom. These students are three times more likely to be referred to law enforcement compared to white students, starting as early as kindergarten. Despite being the smallest ethnic group in the Utah education system, they are nearly four times more likely to be arrested in school than other students of color — over six times more likely than their white peers.

In the same year that this study was released, a school in southern Utah removed a seven-year-old boy from class for wearing a traditional Mohawk haircut. He was not allowed to return until administrators received an official letter from the Seneca National Tribe confirming its cultural significance. It is instances like this that instill a sense of shame around a Native American identity that will affect children for the rest of their lives.

San Juan County has a reputation for illegally gerrymandering their county commission to minimize the voice of the majority Navajo population. It recently became so egregious that a federal judge ordered the boundaries to be redrawn. Another federal judge had to intervene when Navajo Democrat Willie Grayeyes was removed from the ballot after County Clerk John David Nielson backdated documents to invalidate his candidacy. Despite clear discrimination, Grayeyes went on to win his election.

Even the U has played its part in the marginalization of Utah American Indians. While the official mascot of the Utah Utes is a red-tailed hawk, there have been several insensitive portrayals of indigenous culture at sporting events. Up until the 80s, the U had a man don a Native American costume to become the “Crimson Warrior,” who would ride a horse into the football stadium and throw a spear into a bale of hay.

More recently on campus, an American Indian student was on her way to a blessing at the campus American Indian Resource Center when she saw someone openly dishonoring her culture. Confused by a teepee in a tailgate lot, she walked over, expecting that it was the location for her ceremony. Instead, she saw a drunk man stumbling around inside it, dressed in an offensive costume of his own and making a scene.

This marginalization feels never-ending and it will not improve until these narratives are criticized and replaced. Even as I was writing this article, I took a quick Twitter break and saw a photo from Darren Parry that pointed out the inaccuracies of a monument to Chief Sagwitch Timbimboo. Parry is the Chairman of the Northwestern Band of the Shoshone Nation and a descendant of Chief Sagwitch. He has raised awareness about several well-meaning monuments that continue to miss basic facts or misconstrue historical events between LDS settlers and the tribes they disturbed. While there is honor in paying respect to people of the past, history ought to be told accurately the first time.

It is time that we make this a priority, and there are many places to start. In 2010, Elder Marlin K. Jensen, a member of the Seventy of the LDS Church, spoke candidly at a Days of ’47 service about relationships between the pioneers and the tribes. He used his platform to honor the rich culture and community that already existed before the arrival of the pioneers, and advocated for a better understanding of the whole story.

It feels shameful how much history we are ignorant of until we go searching for it. It is disturbing to think that the land — where we Utahns live, expand our urban sprawl and relax in and around the national parks — has violence etched into the ground, all while our memory of the bloodshed is largely forgotten. As students at the U, we must remember whose land our campus rests on. Students should shut down offensive portrayals when we see them and be vocal in our support for our American Indian peers.

While some people might be hesitant to look at the past with a critical eye, the injustice of the present is too pressing to ignore. With the special connection that our school has to the Ute tribe, it is our duty to remember.