Petition for Ute Lands: The Ute PAC Will Soon Visit the U to Find Support From Students 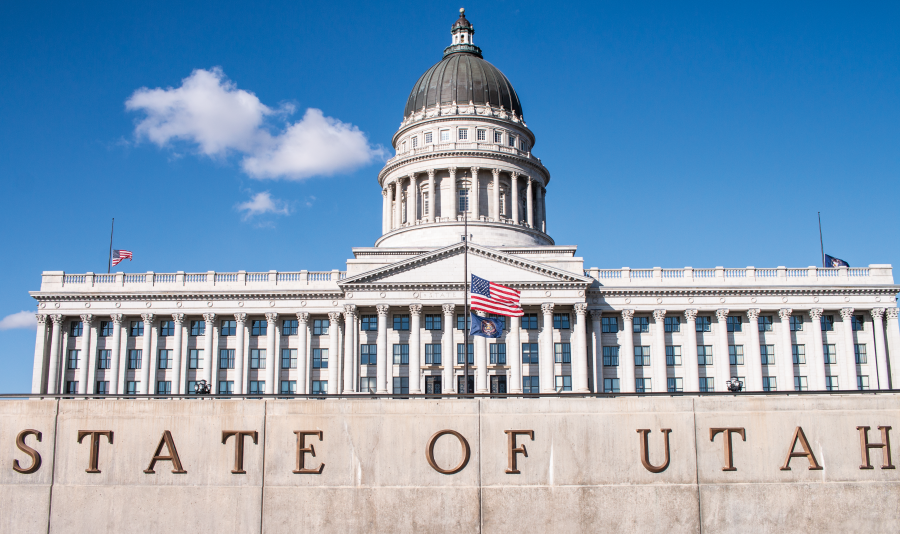 The Ute Indian Tribe Political Action Committee (Ute PAC) aims to break new ground at the University of Utah. A new year comes with new goals and the Ute PAC is setting its sights on U students. Students may soon see booths popping up where they can add their names to petitions to demonstrate their support of defending the Ute Tribe’s power over Ute Indian land.

“What we’re doing is we’re using another vehicle to amplify the voice of the Ute Indian Tribe and raise support for the sovereignty of the tribe and the integrity of the reservation,” said Executive Director of Ute PAC, Robert Lucero.

With a background in grassroots politics, Lucero ran his own political action committee, the New Deal PAC, which focused its efforts on millennials.

The organization describes itself as “created to address the necessity for the next generation to take over politics,” hosting the statement on their website: “Failed policies and ideologies, implemented over the last 45 years since the end of the Bretton Woods System, continue unabated, led by the Baby Boomer generation politicians still dominating power in Washington.”

The New Deal PAC works to ignite the improvement of infrastructure, a high-speed rail and the initiative to bring science and engineering to the forefront of the American economy.

“The [Ute] tribe initially wanted to support New Deal,” Lucero said. “What we decided to do was instead set up a political action committee with their name so that they could go directly at the problems they saw and raise support with their name, highlighting what the issues were so that we could raise support.”

With over 3,000 members, the Ute Indian Tribe has a home in northeastern Utah on the Uintah and Ouray Reservation. The land holds three smaller groupings within the tribe: the Whiteriver Band, the Uncompahgre Band and the Uintah Band. Utes currently hold nearly 1.3 million acres of trust land containing natural resources such as oil.

Lucero described Ute PAC as the first organization of its kind. Rather than a corporate PAC, Ute PAC stems from grassroots initiatives using the Ute community as the base of the political movement.

Instead of funneling funds into elections, the Ute PAC works with the tribe and raises support on and off of the reservation through petitions and grassroots efforts. The committee is run with a direct line to the council and Tribe Business Committee (the governing body of the Ute Indian Tribe in Utah) as well as a committee of tribal members acting as volunteers.

“We’re very proud of the work, especially in a time where political action committees are the boogeyman,” said Lucero, in reference to the number of political candidates who pride themselves on refusing money from political action committees. “It’s essentially just very focused on the problems that the Ute Tribe has had in Utah, in particular in just getting serious levels of noncooperation or harassment from different levels of local government rather than cooperation.”

The committee kicked off in 2016 as the Ute Tribe raised its voice against the initiatives of Congressman Rob Bishop. Bishop would then prove to be one of the main focuses of the committee.

“One of the issues in [the Utah Public Lands Initiative Act] was that they called it special management zones,” said Lucero. “Those would undermine the tribe’s sovereignty over some land.”

Special management zones are unspecific to native land and deemed purely as an area associated with a body of water such as a lake or river. Nearly 370,000 acres of reservation land would have been affected by the act, which was in the works four years before the tribe learned of the proposal.

In Sept. of 2016, to the U.S. House of Representatives Committee on Natural Resources Subcommittee on Federal Lands Legislative Hearing, the Testimony of the Ute Indian Tribe of the Uintah and Ouray Reservation said, “The bill is promoted as a local solution to difficult federal land management issues in eastern Utah. Unfortunately, nothing could be further from the truth. In fact, much of H.R. 5780 was built on the back of the Ute Indian Tribe and our 4.5 million acre Uintah and Ouray Reservation without our knowledge or consent.”

“The area in question is owned and managed by the Bureau of Land Management,” Pierucci told The Salt Lake Tribune in Oct. 2016. “It’s not tribal lands.”

Ute PAC took to the 1st District of Utah in fear of losing authority over their land. Bishop’s district holds the very top of the state including Ogden, Bingham City, and Vernal. The PAC continued to lobby at Utah State all throughout 2017 and leading up to the 2018 midterm elections.

“We’re definitely very happy about the results,” Lucero said. “I think that while Ute PAC is not directly associated with any party, again, because the focus we have is on Rob Bishop, the fact that Rob Bishop will now be a minority figure [and] will no longer be the chair of the natural resource committee in the house, this is very good news for the Ute Indian tribe and for Indian country overall.”

The Utah Public Lands Initiative Act may have fallen flat, but the tension between the Ute Indian Tribe and Rob Bishop still stands strong as they fight against a new act introduced by Congressman John Curtis.

Ute PAC claims that the Emery County Public Land Management Act is just the “latest attempt by Rob Bishop to divert the Ute Indian Tribe of its ownership and jurisdiction over its lands and water resources,” according to the petition, which is addressed to Speaker of the House Paul Ryan and available on the Ute PAC website.

With the new act, vague phrases are not what scares the tribe. “In the current legislation,” Lucero said, “the trickiest thing is what it does not say. What it does not say is that reservation land is protected when it comes to land transfers.”

Land transfers allow for state government to take official hold of the land. This would be the first Indian land grab in over 100 years.

Sponsored by Sen. Orrin Hatch, the bill is meant to “establish the San Rafael Swell Western Heritage and Historic Mining National Conservation Area in the State of Utah, to designate wilderness areas in the State, to provide for certain land conveyances, and for other purposes,” as stated the long title of the bill.

More than 80,000 people have signed the Ute PAC’s petition since last summer. Lucero sees the change in the bill’s language as more than reasonable. He said, “There was a previous bill in this same Congress that was passed that did have the wording that the Ute Tribe council has asked for to protect tribal lands.”

Members of Ute PAC will even travel to Washington D.C. this September to promote change. “We’ve talked directly with congressman Curtis’ office and some other folks about this and it’s an ongoing process,” Lucero said, explaining that the office of John Curtis has not been hostile but the path to change is long.

With a new bill to challenge, the PAC turns to the U taking on the name of its very own tribe.

While the committee has no direct ties to the U, the publicity pushes the Ute name to the forefront of minds across Utah and throughout the nation.

“[The U] has certainly helped to raise awareness of the fact that the Ute tribe still exists,” Lucero said.

Now, U students will have more chances to get involved. “We’d like to have some students sign our petition,” Lucero said. “There are deeper ties than the emblem U between the U and the tribe. We’re very proud of that.”

Ute PAC dreams, with new voters and greater support, to stop clashing with the United States government and to find new and consistent ways to collaborate in protecting native land. The committee is also working to make appearances at Utah Valley University.

Ute PAC also accepts donations from U.S. citizens and residents of the U.S. who are over 18 years old, are not government contractors and are donating with their own funds. Donations can range up to a maximum of $5,000 per year and are not considered tax deductible.

Money is not the only way to show support. The Ute PAC’s website also has updates, contact information and the same petition that will be making its way on to the U’s campus for students, faculty and staff to sign in person.