Jayswal: My Favorite Albums of 2018 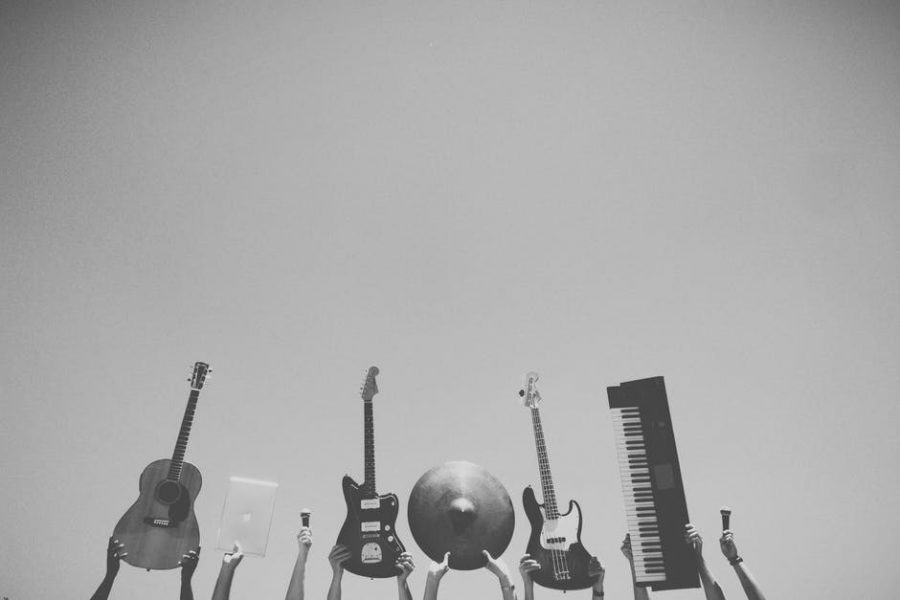 2018 was a hard year in many different ways, but at least it was a year where new music thrived. It seems that across a wide range of genres, 2018 was a time of revolution in music. Artists reached new heights and experimented with genres and sounds in exciting ways. In contrast to releases from 2017, this has been a year of even more controversy, more political issues and more honesty. The albums on this list all contain some of those elements while remaining consistently entertaining. These are the albums that I kept coming back to in 2018:

“Bloom” by Troye Sivan
Sivan’s second album is almost the exact opposite of his debut one, but this isn’t necessarily a bad thing. It’s an ode to being young and happy in love — something which is notable and stands out in this day and age. Songs like “Bloom” and “Plum” discover the power of being joyful and healthy, letting go of things which are not in your immediate control and living freely. Sivan’s happiness is contagious through his latest album, and he gives just the right amount of emotion to makes others happy too.

“A Brief Inquiry into Online Relationships” by the 1975
The long-awaited third album from the 1975 is arguably their best. With more upbeat songs, the band steps into a new age of music. They still maintain their fundamentals, and even when the songs don’t make total sense, you’ll want to go to their concerts anyway. Songs like “TOOTIMETOOTIMETOOTIME” and “It’s Not Living (If It’s Not With You)” show their growth from their first release in both content and repertoire. Their latest album is just a hint at all their new work yet to come.

“Camila” by Camila Cabello
Cabello’s debut solo album came with high expectations, and she managed to not only meet but also exceed them. Her album is so raw and honest that it’s hard not to tear up while listening to it. Stepping away from a band is not always a smart (or popular) move, but Cabello absolutely proved herself on this exceptional first album. “Havana” was a radio hit, but songs like “Consequences” and “All These Years” are just two of the slow jams on the album which capture the emotional turmoil that Cabello has experienced.

“Delta” by Mumford and Sons
Mumford and Sons broke out with their authentic folk-inspired sound, relying on mostly acoustic instruments and their smooth voices. “Delta” is the most experimental work in their discography, as they move away from their traditional sound and try their hand at a more upbeat collection. Don’t be mistaken though — even with more uplifting rhythms, the lyrics and heart that characterize Mumford and Sons are still present here. Songs like “October Skies” and “Beloved” are reminiscent of songs like “The Wolf” and “Ditmas” and remind listeners that while life can be hard, it can also be beautiful. 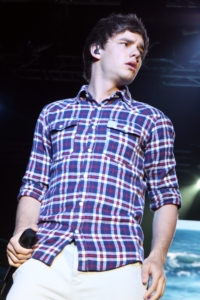 “First Time” Liam Payne
After releasing a string of singles that stepped away from his boy band roots, Payne’s exploration of the rap and R&B genres was shocking. His EP is smooth, different and heartbreaking. Like Cabello and Payne’s former bandmates, Payne has found a new sound that works for him. This exploratory four song EP is a definite departure, but the music is never off-putting. Songs like “Slow” and “First Time” are completely different from each other, showcasing Payne’s wide range and willingness to dabble in surprising new directions.

“Malibu Nights” by LANY
LANY is one of the new artists I discovered in 2018, and “Malibu Nights” is a wonderful album. Written in a way which captures the stages of getting over a bad breakup, it’s refreshingly honest and relatable. “Thick and Thin” and “I Don’t Wanna Love You Anymore” pay homage to the back-and-forth of emotions after a break-up. It’s an exploration in something new for the alternative band, and the concept album is effortlessly executed.

“My Dear Melancholy” by The Weeknd
The Weeknd is back with his anguish-soaked lyrics, tapping into the shadows of his soul with his latest EP. There’s something about his music which is dark and brooding, and he is able to capture the depth of emotions in his songs like “Wasted Times” and “Hurt You.”

“Shawn Mendes” by Shawn Mendes
This is Shawn Mendes like you’ve never seen him before, which is exactly why this album is so good. Mendes is known more or less for his ballads, but songs like “Particular Taste” and “In My Blood” show that he has a lot more in his repertoire. Most importantly, on this self-titled album, Mendes puts it all in the open. He isn’t afraid to show he is vulnerable, a mess at times and, most of all, human.

“Suncity” by Khalid
An ode to his hometown, Khalid doesn’t disappoint with his recent EP. His first album was released when he was in high school, and “Suncity” is a refreshing nod towards his roots while showing the artist’s ability to branch out and experiment. The EP is different from the R&B ballads which compose “American Teen,” but songs like “Better” and “Saturday Nights” have the same vibe. The title track is a combination of Spanish and a love song to El Paso, immortalizing Khalid’s hometown in an upbeat way.

2019 has a lot to live up to in terms of exciting, groundbreaking new music. Make sure to follow our Spotify and listen to a playlist featuring songs from my favorite albums of 2018.