Petersen: My Favorite Songs of 2018 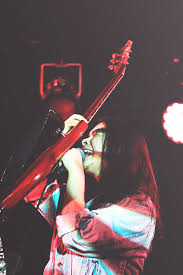 2018 was a difficult, exhausting year, but at least we could take solace in great music that provided both an escape from and a reflection of our increasingly troubled world. This was quietly a great year for new music, but listeners had to dig below the surface — high profile releases from Justin Timberlake, Jay-Z, Kanye West and Beyonce were underwhelming, while the charts were dominated by lethargic bro-rap and (inexplicably) Maroon 5. Meanwhile, 2018 was a stellar year for female artists in all genres — women reliably created the most interesting, well-crafted and emotionally satisfying music of the year, a welcome trend that I hope continues into 2019. From number-one hits to underappreciated gems, here is the music that I kept coming back to in 2018.

(Note: I only included one song per artist, even if I liked many of the songs that they released this year.)

10. “Boy” by Charlie Puth, “The Middle” by Zedd featuring Maren Morris and Grey and “Youngblood” by 5 Seconds of Summer
These songs represent the year’s best radio pop at a time when radio pop is on the brink of extinction. It’s easy to dismiss this kind of major-label, written-by-committee music as cynical and derivative, but all three of these songs were welcome additions to 2018 — fun but not dumb, reliably entertaining and endlessly replayable. “Boy” is genuinely funny with a killer chorus, “The Middle” would be diabolically catchy even without Maren Morris’ spot-on vocal performance and “Youngblood” is the mature post-boy band banger I didn’t know I needed this year. I, for one, welcome our new synthpop overlords.

9. “New Patek” by Lil Uzi Vert, “Powerglide” by Rae Sremmurd featuring Juicy J and “Shoota” by Playboi Carti featuring Lil Uzi Vert
These are three addictive, defiant tracks from four of hip hop’s most beguiling rule breakers — okay, three of them plus Juicy J. In a year where rap went through major changes for better and worse, these loose, melodic tracks were beacons of hope, offering welcome experimentation without losing their grasp on craft. They don’t push hip hop’s limits as much as they question why those limits exist in the first place.

8. “Best Years of My Life” by Pistol Annies
“Best Years of My Life” begins with a gut punch: “I picked a good day for a recreational percocet,” and things only get bleaker from there. This impossibly sad, achingly gorgeous lament of small-town disappointment comes from the country supergroup Pistol Annies, featuring Angaleena Presley, Miranda Lambert and Ashley Monroe, who memorably asked a lover to “give me weed instead of roses” on her debut album. This sort of biting humor creeps into the ballad, which would be too much if the lyrics weren’t so delicately observed and the performances weren’t so subtly striking. At the end of the chorus, Lambert slowly sings “I settled down/ in this ten cent town/ It’s about to break me.” Thirty seconds into “Best Years of My Life,” you’ll already be broken.

7. “Pynk” by Janelle Monae featuring Grimes
In July, I called this song “Prince for the pussy hat generation,” which is sort of a damning compliment — it dooms Monae to suffer in comparison and makes her music sound like the kind of navel-gazing only a gender studies major could love. Sure, Monae has politics on her mind in “Pynk,” which explicitly discusses the female body and queer sexuality. But “Pynk” is also fun as hell — goofy, campy, light and joyful. I can still remember my jaw literally dropping when I heard this song’s chorus for the first time. It’s the kind of beautiful release that only someone with Monae’s charisma can pull off.

6. “Breathin” by Ariana Grande
What song best captures Ariana Grande’s meteoric and chaotic 2018, where she fully outgrew her past as a preternaturally talented diva-in-training and became the biggest pop star in the world? “No Tears Left to Cry” was the most left-of-field, “God is A Woman” had the most vocal bombast and “Thank U Next” transformed tabloid drama into personal triumph. However, “Breathin” was the Grande song I kept coming back to. “Breathin” maintains a surprisingly tricky balance — it showcases her vocal chops while remaining as effortless as, well, breathing. The song also addresses Grande’s experiences with mental illness in a way that is quietly uplifting without being tacky or cloying. (Take notes, Bebe Rexha.)

5. “Heat Wave” by Snail Mail
It feels futile to write about “Heat Wave,” because any description will suffer in comparison to the real thing. How can anyone, let alone a 19-year-old songwriter on her debut album, write something this perfectly observed and with this level of emotional clarity? “Heat Wave” is technically a breakup song, but its catharsis quickly becomes universally applicable — by the final minutes, loneliness and doubt feel not only bearable but essential. In the chorus, she cries, “I hope whoever it is/ Holds there breath around you/ Cause I know I did.” The feeling is mutual.

4. “Honey” by Robyn
After an eight-year hiatus, Robyn returned to a pop landscape shaped in her image. She inspired an entire generation of artists, who borrowed her songwriting tricks (punchy synths paired with melancholy lyrics of heartbreak and redemption) and her unique career path that blended pop star and auteur. Meanwhile, she stayed (relatively) quiet, dealing with personal trauma, releasing small EPs with various producers and working on her much-anticipated follow-up album. The album “Honey” mostly abandons Robyn’s signature templates, instead favoring a less immediate but still rewarding combination of house, disco and R&B. The song “Honey” is a perfect example of the fruits of her labors — an earlier cut was heavily percussive, but the final version positively floats, creating an illusion of endlessness. “Honey” is an adult song, not because it is particularly explicit, but because its sensuality rewards patience and connection.

3. “High Horse” by Kacey Musgraves
In many ways, Kacey Musgraves moved past her country roots on the fantastic album “Golden Hour,” but “High Horse” proves that the genre will always inform her songwriting. It’s not just the references to John Wayne or the chorus’ call to “giddy up” — it’s the plainspoken storytelling, the clever turns-of-phrase, and Musgrave’s position as a down-to-earth everywoman. On “High Horse,” Musgraves retains the sharp wit perfected on her earlier, more traditional albums, but the sonic direction is entirely new, dipping into soft rock and disco. The music sounds like Donna Summer informed by Sheryl Crow, but the end result is unmistakably Kacey, and she remains light-years ahead of the Nashville establishment, anyone who snobbishly ignores country music, and even herself.

2. “Unlock It” by Charli XCX featuring Kim Petras and Jay Park
I’m technically cheating — “Unlock It” was released at the end of December 2017, after I had already published my favorite songs of the year. I’m including it here because for me, it was one of the definitive songs of 2018, and because, even as the oldest song on this list, it sounds years ahead of its time. Few artists in any genre are as boldly experimental as Charli, even as she maintains a grasp on pop’s most visceral pleasures. This duality leads to music as surprising as “Unlock It,” which sounds equally fresh and unexpected on the first listen and the hundredth. It’s bubbling, sugary, disorienting, perfectly executed — it sounds great on a car ride alone or as a soundtrack to memes or at a party. It was the best song of 2018 released in 2017 that sounds like 2028.

“Nobody” by Mitski
Standing in the middle of Mitski’s astounding “Be the Cowboy,” “Nobody” becomes the album’s foundation, capturing Mitski’s power with crystalline purity. With a vulnerability that is raw even by her lofty standards, the lyrics depict a need for connection so desperate that every rebuff feels unbearably personal. Mitski jokingly referred to her excellent a capella rendition of the song as a “musical theatre audition,” and the comparison makes a certain amount of sense — this song portrays a moment where the emotions are too strong to do anything but sing. Even the full studio version of “Nobody” is strikingly sparse, especially in the last section, where Mitski repeats the word “nobody” as the music falls around her. As these three syllables are repeated over and over, they simultaneously feel like a lament, an act of resilience and a statement of purpose. Who else is capable of writing a song that says so much with so little? Nobody, nobody, nobody.

If these songs aren’t for you, here are 25 honorable mentions that could have made the list if I was in a different mood:

“Bite the Hand” by Boygenius (if their EP was longer than six songs I would be too emotionally unstable to write this article); “Comeback Kid” by Sharon Van Etten (a welcome return and necessary departure); “Doesn’t Matter” by Christine and the Queens (an existential crisis on the dance floor); “The Fire” by Natalie Prass (the drums in the chorus are incredibly important to me); “Girls” by Girl in Red (everyone got mad about Rita Ora’s song of the same name and should have just listened to this instead); “Heaven” by Charly Bliss (have you seen their cover of “Steal My Sunshine?”); “High” by Young Thug featuring Elton John (I hope they become best friends); “I Like It” by Cardi B featuring Bad Bunny and J Balvin (it’s Cardi B’s world and we’re just living in it); “Immaterial” by Sophie (this song was written for cheerleaders walking through the pits of hell); “In My Blood” by Shawn Mendes (our most accomplished mastery of adult contemporary is not old enough to legally drink); “Lucky Escape” by Years and Years (petty, gay, sexy); “Nice for What” by Drake (Drake uses his powers for good, with some help from Lauryn Hill); “Night Shift” by Lucy Dacus (my fellow wallflowers make a moderate amount of noise); “Party for One” by Carly Rae Jepsen (a “self-love” anthem so saccharine it makes masturbation sound like going to the mall with your friends); “Saturdays” by Twin Shadow featuring Haim (late ‘80s-indebted pop-rock so corny it turns transcendent); “Self” by Noname (who’s giving Noname her honorary doctorate?); “Shallow” by Lady GaGa and Bradley Cooper (HAAA AH AH AH AAHH); “Sicko Mode” by Travis Scott featuring Drake (this song was on my Spotify Top 100 and I’m not even in a frat, which is humbling); “Sucker Punch” by Sigrid (sassy Swedish pop part one); “Sway” by Tove Styrke (sassy Swedish pop part two); “Venice Bitch” by Lana Del Rey (somehow it’s both ten minutes long and ten minutes too short); “We Appreciate Power” by Grimes featuring HANA (Elon Musk who?); “When I’m With Him” by Empress Of (the panic and joy of falling in love); “Your Dog” by Soccer Mommy (a perfect middle finger) and “Your Side of the Bed” by Loote (a perfect middle finger that’s actually a cry for help).

Make sure to follow our Spotify for a playlist of these songs and for other music recommendations. Here’s to another year of great music.