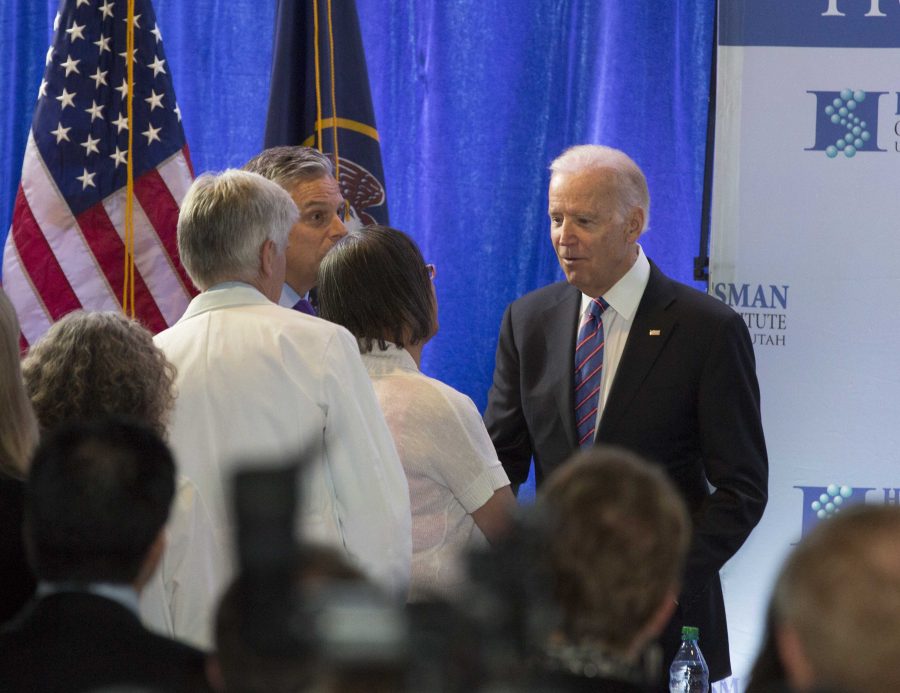 Vice President Joe Biden at the University of Utah in 2018. Chronicle archive.

Former vice president Joe Biden came to speak to students at the University of Utah in December as the keynote speaker to the MUSE project’s theme of hope, hardship and purpose. Biden spoke about his struggles throughout the one-hour event, mentioning his book and offering advice for undergraduates. The most shocking surprise came when Mark Matheson, director of the MUSE project, mentioned that Biden did not take the money offered to him by the school.

The former vice president told Matheson that he did not take the money because “it should be put to better use,” suggesting that the money be put into scholarship funds. Biden explained that the cost of college today has gone up more than anything else, even more so than healthcare, and that the U should use that money to benefit students. Yet according to speculation from the New York Times, the move may also have a political motivation.

After the speech when Matheson was asked what will happen to the money that Biden refused, he replied, “I am not sure,” and that it was a complicated matter that would be left up to the university to decide what to with the money. At the time of the event, further details could not be revealed because they were still under contract.

The New York Times released an article, claiming that after Biden and his aides learned that the compensational money came from state taxpayers, their decision to not take the money was made. “They already had a policy against taking tuition dollars, and decided that accepting taxpayer dollars for such a windfall might appear just as politically distasteful,” the New York Times reported.

A scandal occurred during the last presidential race involving Hillary Clinton and the way in which she received her campaign money, and according to the Salt Lake Tribune, Joe Biden’s team wanted to avoid a similar mishap. This leads the Tribune and Times to speculate that perhaps Biden could be announcing a presidential campaign for 2020.

The amount of money that was agreed upon by the U and Biden’s team was $100,000 and included the costs to fly Biden’s team to Utah and to buy 1,000 copies of his book to be given out at the event. No one in the audience received a book, but if they stopped by the MUSE office then they received a copy for free.

As for now, Biden has not announced any intent to run, and the news is left to speculate until or if he makes an official announcement. When he spoke at the U, he didn’t bring up politics and instead focused on his past and the lessons that he learned at the age of the students in attendance as he made his way through life.

The U has not made any official announced in reference to what will happen to the $100,000 that Biden declined. The money belongs to the taxpayers and did not come from the U, so it may not be up to them to decide.