Beware of Inversions: How a Weather Phenomenon May Hinder Student Life 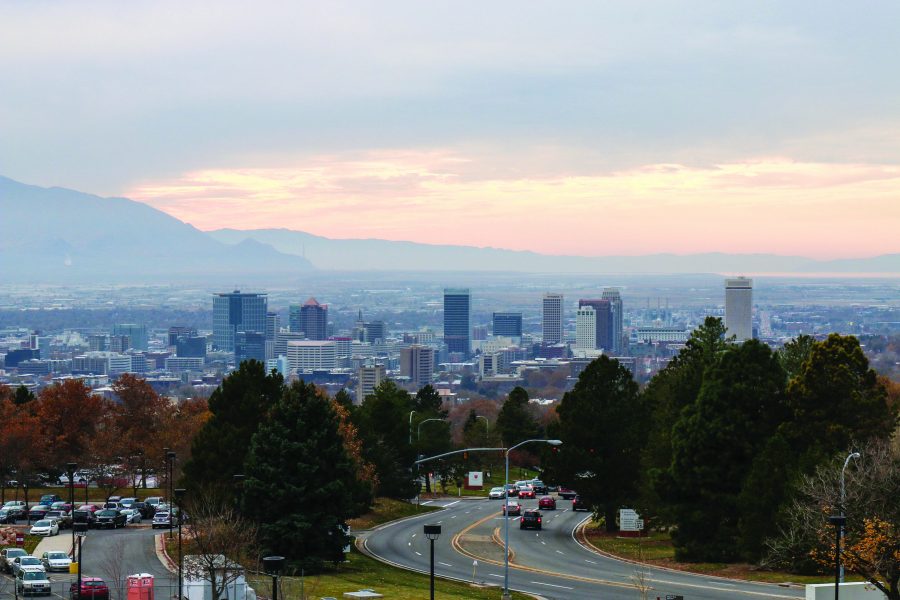 As the semester commences, a temperature inversion settles upon the Utah Valley. According to the Utah Department of Health, an inversion occurs when “a layer of warmer air aloft traps air near the ground and prevents mixing.” It creates a look similar to fog but is made of pollution and has damaging health effects.

During an inversion, the cold air is trapped underneath the warm air, opposite of how the weather behaves. On a day with a high inversion, it would be warmer in the mountains than it would be lower in the valley. Warm air travels up, while cold air tends to not want to move.

The mountains also impact the severity of inversion as well as its longevity. At the U, and in the Salt Lake City area in general too, there are the Wasatch Mountains, Oquirrh Mountains and the Traverse Mountain that surround the region. Because of the surrounding mountains, cold air is easily trapped and prevents wind from coming through to help aid in mixing the cold and warm air back together. 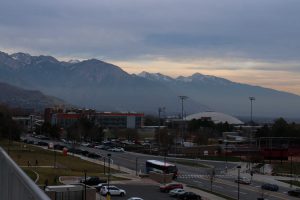 Utah is no stranger to snowstorms, but these storms can cause an inversion, which is why inversions usually occur during the winter months. Snow sitting on the ground makes the air colder and warm air can act as a cover over the valley. The longer that cover stays, the longer the inversion will last and the stronger it grows. So far there have not been very many or strong inversions this year, which may be due to the fact that there has not been much snow this year. However, because of the recent storms and the cold front that has overcome the valley, a temperature inversion is here and many cities are already feeling the effects.

Despite the fact that most of the mentioned causes of inversion are natural and therefore cannot really be prevented, one factor that is potent and controllable is pollution. Pollution, the topic talked about by most scientists, activists and media platforms. The causes and definition of pollution are not unfamiliar to most people. It comes from hair sprays, gases and factories to name a few. Most prominently it comes from the emissions of a car.

Utah has put forth many initiatives in an attempt to lower the pollution levels in the state. Harmful gases released into the air can affect the quality of air being inhaled as well as the ozone layer of the earth. Depleting the ozone will cause more extreme weather changes as well as irreparable damage. Most of our pollution is manmade, and therefore, there are some steps to take to decrease pollution levels, especially when there is already or potential for an inversion.

Cars create pollutants that are released into the air. It is unrealistic to ask people to stop driving. However, on days where the air quality is especially low, students can take TRAX to school. A TRAX pass is included with the fee of tuition to come to the U. The train to get to the U is the Red Line, and they run every fifteen minutes. The TRAX stops at four different points on campus: the stadium, by the Huntsman Center on South Campus, near Fort Douglas and also by the hospital. By riding TRAX, we can cut down on pollution while trying to decrease the duration and intensity of the inversion. For more information on TRAX schedules and locations visit rideuta.com. 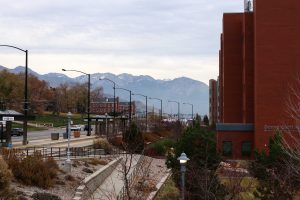 Health concerns are prevalent during the inversion. With pre-existing conditions such as asthma or heart issues, some people are especially susceptible to increased health concerns when we have bad air quality during the winter. This can contribute to illnesses that may prove to be fatal in some cases. Be sure to see a doctor if you have symptoms that persist or just to be safe. Health is not something to take lightly and precautions should be taken. Some weather apps will warn you on days with especially poor air quality, and this information will allow you to prepare for such conditions.

Erik Crosman, a professor and researcher in the department of atmospheric sciences, told the University of Utah Health radio, The Scope Radio, “We still have no way of saying three days out, is it going to be a red air day or a yellow. There’s a wide range and when you’re saying bad versus really bad, that has to do with how deep that structure, how concentrated the cold air pool is in the basin.”

Currently, scientists do not have a definite way to predict the length of or severity of the inversion. Make sure to keep an eye on the weather, find out what your risks are and try to take TRAX if you can. If you are walking around campus, be aware of the air quality and try to stay inside as much as possible.