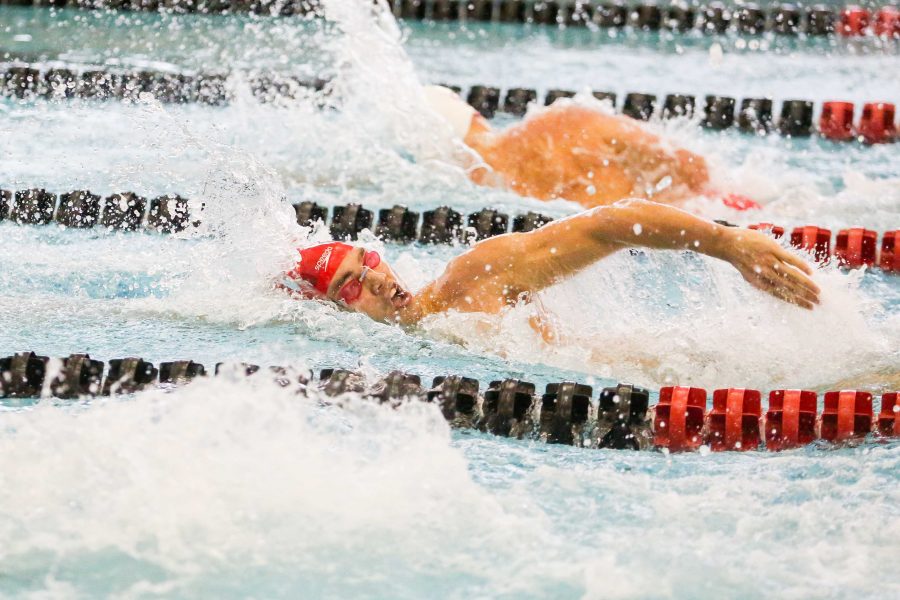 To kick off the new year with some pool time, the University of Utah dive team will be headed to Los Angeles to partake in the UCLA diving invitational.

The last appearance from the Utes was on Dec. 1, when the diving team hosted the Utah Diving Invitational. The team placed multiple divers in the finals on each day of the competition.

On day one, four athletes ended up in the finals. On the women’s team, Emma Ruchala and Clare Greenlow found themselves in the three-meter finals in sixth and fifth place, respectively.

Daniel Theriault and Luke McDivitt both ended in the top ten for the men’s one meter. Theriault came in sixth, while McDivitt ended in third place. McDivitt’s score of 335.30 was the seventh best score recorded in school history.

For the men’s team, Daniel Theriault was the only competitor on day two, and he landed in fifth place with a score of 284.10 in the three-meter. For the women’s three-meter, both Clare Greenlow and Emma Ruchala made the finals, placing sixth and seventh respectively with scores of 246.25 and 245.05, respectively.

The 7-0 UCLA women’s dive team is coming off of an overall victory against Harvard last week. The divers came out strong and the Bruins saw athletes in the top three in each event.

The Golden Bears will be bringing both a men’s (2-0) and a women’s (3-1) team to the meet. The program walked away from San Jose State with a win in early December, and that was the last competition the team saw in 2018.

Most recently, the Utes were ranked nationally by the most recent College Swimming and Diving Coaches Association of America poll. The Utah men’s team falls into No. 19, while the women’s team comes in at No. 27.

These rankings are well deserved, as Ute athletes have had a strong record-breaking year with 10 school records shattered, and they have been a part of two relays which rank in the top 10 for fastest times in the nation.

The Bruin Invitational will kick off on Friday, Jan. 18 and will run through Sunday, Jan. 20 at Spieker Aquatics Complex in Los Angeles California.