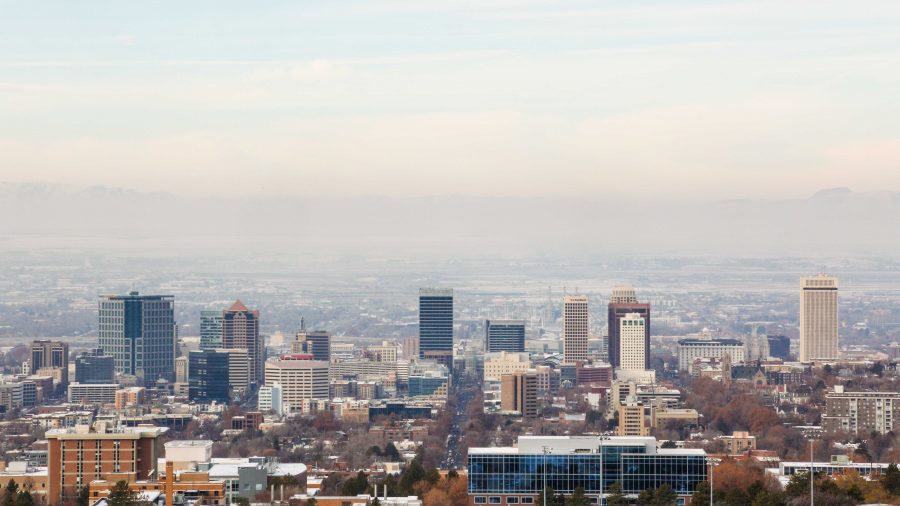 A research report from University of Utah Health published at the end of this last year found that pregnant women living along the Wasatch Front are at an increased risk for miscarriage following short-term exposure to air pollution.

The paper examines a study conducted by the U of 1,300 women (all Utah residents) who sought care at the U’s emergency department following a miscarriage between 2007 to 2015. The research concluded that spikes in small particulate matter such as nitrogen dioxide and ozone correspond with an increased risk for miscarriage of 16 percent. The results are available in the Dec. 5 publication of the journal, “Fertility and Sterility.”

The report highlights just one in a series of health risks that have become a part of life in the Wasatch Front, where 85 percent of Utah’s population lives. Matthew Fuller, M.D., assistant professor of surgery at U of U Health and head author of the report said that beyond the health risks uncovered in this latest research, air pollution spikes have been shown to have negative effects on pulmonary and cardiac health as well. Fuller emphasized that it only takes short-term exposure to high levels of pollutant to risk serious consequences to your health. This is a part of the student experience at the U that often flies under the radar but has a significant impact on academic performance and outlook. “It’s out of sight, out of mind for most students,” Fuller said.

“It definitely has an impact,” said Taylor Hawk, a senior at the U. “Living on campus, it’s the first thing I see in the morning, and my first thought is that I don’t want to have to walk across campus to get to class.”

Hawk further elaborated on the unintentional ignorance many have for the air we breathe. It’s a topic that is often joked about but is not taken seriously enough considering the potential harm.

Utah is not at all in a unique situation. The mountainous geography of the state may make the issue more apparent and visible, but the same harmful particles Utahns are exposed to can be found worldwide at an increasingly alarming rate as global populations and temperatures continue to rise in both developed and developing nations.

What is entirely in the hands of Utahns is how to address the problem. Air quality has become a bipartisan issue, although the means of combating pollution remain divisive topic. The division exists as a conflict between government intervention and free market collaboration. Proposed strategies include incentivizing businesses and individuals to swap older vehicles for newer, cleaner ones, as well as more top-down directed measures such as new carbon emission taxes or expanded funding for public transportation. The proposed program would include free fare for passengers on days of peak pollution. Utah is on track to receive increased federal regulation under the Environmental Protection Agency (EPA) Federal Implementation Plan— should the state not reach specified cutback goals. Potentially rigorous measures could further harm statewide industry and economic development.

Elsewhere on campus, the U Global Change and Sustainability Center continues to implement the U’s part in improving air quality.

“Right now, through the Clear the Air Challenge, we have one of the better carbon footprint numbers in the Pac-12,” said Myron Willson, sustainability officer at the Center.

The challenge takes place in February and aims to tackle the U’s primary pollution contribution, commuting students and faculty by encouraging mass transit. The Center also will be updating the University Air Quality Plan introduced by an air quality task force committee that convened in 2013. Updates will be approved and announced by Summer 2019.

Fuller recommends women concerned with pregnancy speak with their doctor about any health concerns. He also recommends several simple measures for concerned students to take. For starters, they can download a reliable air quality app to their phones — they are free and easy to use. A more difficult suggestion would be to make small sacrifices to cut down on personal emissions. Furthermore, Fuller recommends using common sense. “Be smart,” said Fuller. “If you are going to work out, and you can’t visibly see outside, don’t go out there. The Student Life Center has great facilities. Use them.” In the end, avoiding bad air is the most reliable means of preventing exposure to harmful materials.

Beyond his most recent findings, the next step for Fuller is to “expand and branch our research out into other areas to find other potential health risks.” Regarding the impact of his research, Fuller commented that he would be happy to be a part of a scientific dialogue with Utah’s legislature. He has yet to receive any such contact. Utah has a strong culture of family values, and Fuller hopes that these results would be worth considering as a call to action, if not at the very least as further evidence to the issue.