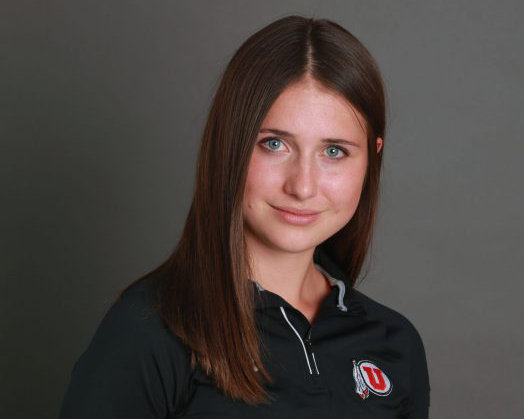 More than 15 audio files released Wednesday afternoon by University of Utah officials give the public further insight into slain student Lauren McCluskey’s contact with campus police in the weeks leading up to her death. The audio files, which also include 911 calls from McCluskey’s parents and radio calls between 911 dispatchers and officers, were released after being sought by several news media organizations, including The Daily Utah Chronicle. According to the press release, “the investigation has reached a point where these recordings can be made public.”

McCluskey was murdered outside her campus dorm on Oct. 22 by her ex-boyfriend, Shawn Melvin Rowland. In the weeks leading up to her death, she and her mother had contacted police several times to report concerns about Rowland.

After dating for about a month, McCluskey discovered Rowland was lying to her about his name, age and criminal history. He was a convicted sex offender on parole after serving sentences for enticing a minor over the internet and attempting to sexually assault a teenager. According to reporting from The Salt Lake Tribune, Rowland admitted to the State Parole Board that he raped the teenager and two other women.

Rowland was first paroled in 2012, but violated the terms of parole and was sent back to prison multiple times. He had been released most recently in April 2018.

After learning that Rowland deceived her, McCluskey ended their relationship on Oct. 9, but let him borrow her car to run errands.

McCluskey’s first contact with the University’s Public Safety Department — which includes both campus security and campus police — was the next day. Her mother, Jill McCluskey, called a dispatcher and asked for someone to accompany Lauren to retrieve her car from Rowland.

“She found out he’s a bad person and she broke up with him and he has her car,” Jill explained. “I’m worried she’s going to go there alone and someone’s going to hurt her.”

The dispatcher took Lauren’s name and phone number, saying they’d contact her to talk about it.

Minutes later, the dispatcher called Lauren. Lauren explained the plan had been for one of Rowland’s friends to drop the car off at Rice-Eccles Stadium, but that the plan had changed. He’d be dropping the car off outside her dorm. McCluskey told the dispatcher she was comfortable with this plan. The dispatcher offered Lauren several other options, including asking Rowland to bring the car to the police station or having a police officer escort her to the meeting. McCluskey said she’d like to pick the car up herself, but would call if any problems arose. She agreed to having a security guard in the area in case something went wrong.

The dispatcher then called McCluskey’s mother back to update her on the situation. Jill again told the dispatcher, “I’m so worried that something is going to happen to her,” and said that Rowland was a “bad person.”

Next, the dispatcher called a security officer and explained the situation. She said she felt that Lauren didn’t want anyone to directly intervene, but that security should be there in case anything unusual happened.

“The mom was really worried that her daughter was going to get hurt tonight,” the dispatcher said. “I don’t think [Rowland has] been physical in the past — they’ve never reported anything in the past.”

The security officer replied that he’d be watching.

Before the exchange took place, however, Lauren called dispatch again to say that plans had shifted again, with the drop-off location moving back to the stadium. She asked for a ride there and told the dispatcher it “would be great” if a security escort would stay until she drove away in her car.

Additional calls were exchanged between dispatch, the security officer and Jill McCluskey to explain the change of plans. Lauren later called to say she was ready for the security escort to pick her up. The exchange happened without issue, and another phone call took place between dispatch and Jill McCluskey, to let Lauren’s mother know she had successfully retrieved her car.

Every call that day involved the same dispatcher.

Just two days later, on the evening of Oct. 12, Lauren McCluskey called police again — this time to tell them about strange text messages she’d been receiving since the previous day. They came from different phone numbers, telling her that Rowland was in the hospital and, later, that he died. McCluskey explained that she then got a text message from Rowland and he “seems to be alive.” Despite this, the next messages asked her if she’d like to attend his funeral. It’s not mentioned in the call, but other messages told her to “go kill yourself.”

McCluskey explained that she called police because she thought Rowland’s friends were trying to “lure her somewhere.” In response to questions from the dispatcher, she said most of the messages weren’t threatening, although some specifically told her not to go to the club where Rowland worked as a security guard. She also said she was trying to avoid Rowland’s friends and that she’d blocked some of the numbers. The dispatcher told McCluskey an officer would call her back.

McCluskey called police again the next morning saying Rowland had contacted her over email and through a messaging app. He threatened to send an explicit photo of the two of them “to everyone” unless she sent him $1,000. She told the dispatcher this was the first time he had threatened to blackmail her, but mentioned the messages from the past two days. The dispatcher said an officer will call her.

Fifteen minutes later, the dispatcher called an officer about the blackmail, specifically referencing Lauren’s report from the day before.

Although it’s not mentioned in the calls, McCluskey met with police to show them that she had sent the $1,000 to Rowland. She also told them that immediately before she broke up with Rowland she saw him peeking into her window before coming to the door — that made her afraid.

Also not mentioned in the calls is a screenshot of a message McCluskey sent to police that afternoon. It indicated Rowland knew she was contacting the police.

Lauren called 911 that evening and spoke to someone from the Salt Lake City Police Department (SLCPD), concerned that the investigation wasn’t progressing. The call was transferred to campus police. McCluskey explained she was hoping to “speed things up” and wanted to know when an arrest would be made. The dispatcher again told her an officer would call her back about it.

Throughout this period, McCluskey spoke with individual officers several times. These are, again, not included in the audio released by U officials. She also called SLCPD a second time on Oct. 19, telling them she was extremely concerned about her case because she hadn’t heard if an arrest would be made. She also said she was afraid there was an “insider” within campus police, because Rowland knew she was communicating with police. The SLCPD dispatcher advised her to talk with the officer in charge of her case.

The last audio file released by U officials is between Lauren’s father, Matt McCluskey, and campus police. He called 911 and spoke to a dispatcher in Washington, where the family lives, who transferred him to campus police. He reported that Lauren had been speaking with Jill on the phone while walking to her apartment from class in Gardner Commons.

“Then she just started saying ‘No, no, no, no, no’ and it sounded like someone might have been grabbing her,” he said.

Matt told the dispatcher the connection was still there, but he thought she had dropped the phone. He told the dispatcher about Lauren’s break-up with Rowland, and gave a physical description of Rowland, telling the officer Lauren had been in contact with campus police about the harassing text messages. The person working dispatch told Matt than an officer who had been working on that case was sitting right next to him. He muted the call while the two of them talked.

During this period, Matt and Jill McCluskey can be heard talking with each other.

The dispatcher came back on the line and began to clarify where on campus McCluskey might have been when the altercation occurred. Matt interjected, saying that someone had begun talking on the connection to Lauren’s phone.

A woman can be heard saying, “Hi, I have a backpack and ID and a phone.” Matt told the woman to stay there, explaining that he thought his daughter might have been mugged and that he was talking to police.

Matt instructed the woman to call the police directly, and the dispatcher ended the call by asking Matt to call back if he and Jill heard anything else.

The altercation Jill McCluskey heard over the phone was Rowland attacking Lauren. He dragged her to a car in the parking lot outside her dorm and shot her to death with a borrowed gun. Police later chased him into Trinity AME Church in downtown Salt Lake City, where Rowland died of a self-inflicted gunshot wound.

Subsequent independent investigations found that the handling of the case was flawed. Among other issues, officers did not know how to check a suspect’s parole status, were not sufficiently trained to deal with domestic violence and were stretched thin in an understaffed department. U officials have chosen not to discipline any employees and, instead, focus on systemic changes suggested by the independent investigations.

McCluskey’s parents have objected to this, saying that their daughter’s murder could have been prevented and certain employees should be disciplined. They have noted that none of the Oct. 10 calls, in which Jill “explicitly stated” she believed Rowland was dangerous and Lauren might be hurt were linked to Lauren’s later contact with police until after her murder.

Jill and Matt McCluskey also noted that dispatchers seemed to be unaware of their daughter’s earlier calls each time she contacted them. They say she “was asked to frame her concerns anew, repeatedly respond to the same list of questions, and fill out the same forms.” The released audio seems to support these claims.

After U officials released the audio from the calls, Jill McCluskey tweeted that, “[The calls] are painful to hear. Hopefully they will have a positive impact on safety for women on college campuses going forward.”