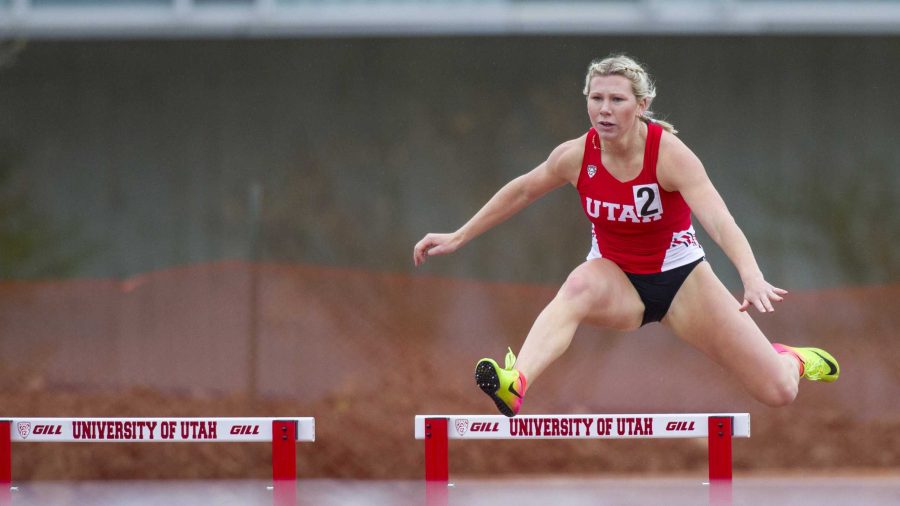 The University of Utah track and field team kicked off their 2019 competition season today in Boise, Idaho in the Ed Jacoby Invitational.

It has been over a month since the squad ran together, but they have been working hard in their time off to come out of the gates strong.

On day one of this indoor track competition, the Utes collected two top-three finishes in the distance medley relay. The team really showed significant improvement from the fall, and the team is looking forward to a strong spring season.

“I thought our teams ran really well. I thought we got a really good leadoff leg from Trina Moreno and did a good job of getting that team out of the gate,” said head coach Kyle Kepler. “We are just putting in some good work this weekend and I loved the way these kids competed. The support from the rest of the team was outstanding and it is just a great start to the 2019 year.”

Squad C placed the highest on day one, and the team consisted of three sophomores — Emma Christensen, Kayla Rees and Natalie Platil, as well as senior Hannah Allred. This group placed second with a time of 12:38.29.

The other group of runners was Squad B. This team carried sophomores Moreno and Astrid Lindgren, as well as juniors Brooke Martin and Anna Busatto. This team brought in the third-place title with a time of 12:47.51.

Overall in this event, Nevada took first-place, while the College of Idaho runners filled in the fourth and fifth-place spots.

Day two of the meet brought big results and a strong showing for the Utes. Utah showed up in the top placements in the finals in every event they competed in.

In the 600-meter, Utah runners held 8 of the top 10 spots. Freshman Brooke Manson took first-place with a time of 1:34.78, and Jackie Martin and Mesa Weidle followed close behind in second and third-place respectively. Fourth and fifth-place went to Nicole Griffiths and Sadie Wassum, and the sixth, ninth and tenth-place titles went to Ute runners as well.

Only one Ute qualified for the finals in the 60-meter dash, and that went to Taylor Watson who earned second-place in the finals with a personal best and a school record time of 7.66. Watson continued to show up in the 200-meter dash where she came in fourth-place. From Utah in that same event, Raynee Helm-Wheelock came in tenth with a personal-best time.

Utah took third-place in the 3,000-meter run with Moreno taking the highest placement. In the 1,000-meter, each of Utah’s five placed in the top-nine, and Sarah Feeny took second-place with a personal-best time of 2:47.01.

In the 800-meter, Busatto and Kennedy Powell placed in the 13th and fifth spots, respectively. In the final team event, three of Utah’s four 4×400-meter teams landed in the top-six. Utah’s A squad took first-place with a time of 3:51.24. Squad B came in fourth, and the C team came in sixth, with the final team finding themselves in 11th.

Two of Utah’s athletes competed on the field in the high jump and shot put competitions. Senior Eliza Hansen earned eighth in the high jump at 1.61 meters, and Katrina Broadhead came in 35th in shot put with a distance of 7.56 meters.

“I thought across the board everyone competed hard and tried to get better today,” Kepler said to Utah Athletics. “I’m really excited for where we are at right now and this was a great first step out of the gates and we are looking forward our next meet in New Mexico next weekend.”

The track and field squad will travel next week to the New Mexico Team Invitational in Albuquerque, New Mexico on Saturday, Jan. 26.