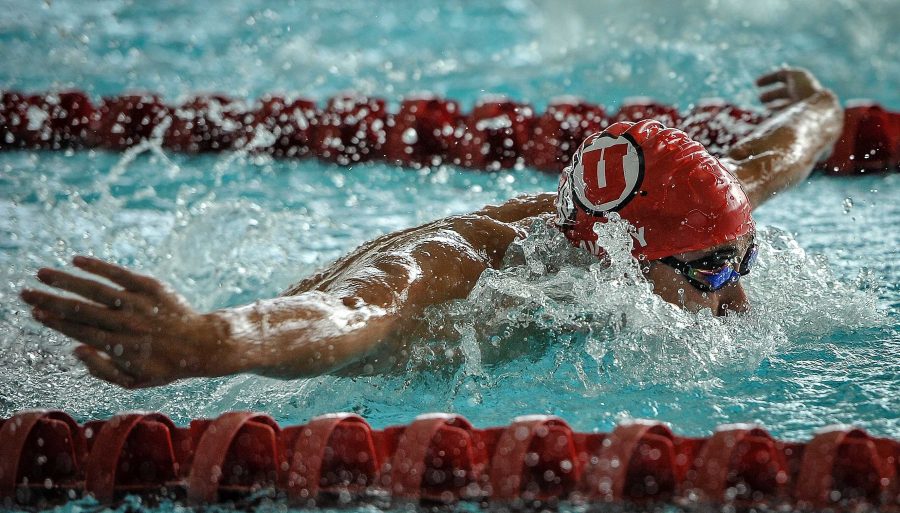 For their annual Deseret First Duel, the University of Utah swim and dive program took the overall victory against Brigham Young University.

Both the men’s and women’s teams competed in this two day meet, with the men emerging victorious 181-119 and the women coming out on top with a 197-103 win.

This was senior day for the teams, as it was their last official home meet before they break off into the Pac-12 championship meets.

On day one, the women’s swim team took down the College of Idaho 146-40 in a multi-event afternoon. All of the relay teams saw success in this portion of the meet.

On the individual side, Ianire Casarin walked away with two wins, and Christina Pick, Rebecca Zeiger, Sarah Lott, Emma Lawless and Sara McClendon all won in their respective events.

The men’s team faced Idaho as well, and their relay teams were successful in each event. Additionally, six of the swimmers saw first-place finishes across the board.

The diving team got a head start against BYU on Friday evening, with three seniors experiencing their final home meet.

Emma Ruchala was the winner of the three-meter, and Clare Greenlow came in second place with a score of 305.93. This score set her to qualify for NCAA zones later in the season. The men’s divers took second and third place in the one meter.

On Saturday, the swimmers kicked off the duel with a win from Daniel McArthur in the 200 medley relay, and Chris Taber followed right after with a win in the 200 fly. Austin Phillips then won the 200 free relay and contributed as one of the members of the winning 400 free relay team.

Three other men won their events to cap off the series of victories for the Utes. On the women’s team, Darby Wayner took first in three events, and three other women came out of the meet with two victories each.

Four other members of the women’s team also took victories to round out a winning afternoon in the pool.

The dive team will be competing in Colorado Springs on Feb. 1 and 2 to compete in the Air Force Invitational while the swim teams will split up the West Coast with women going to Oregon State on Feb. 9 and the men will make an appearance at the University of Southern California on Feb. 23.