Sundance: What to Watch For 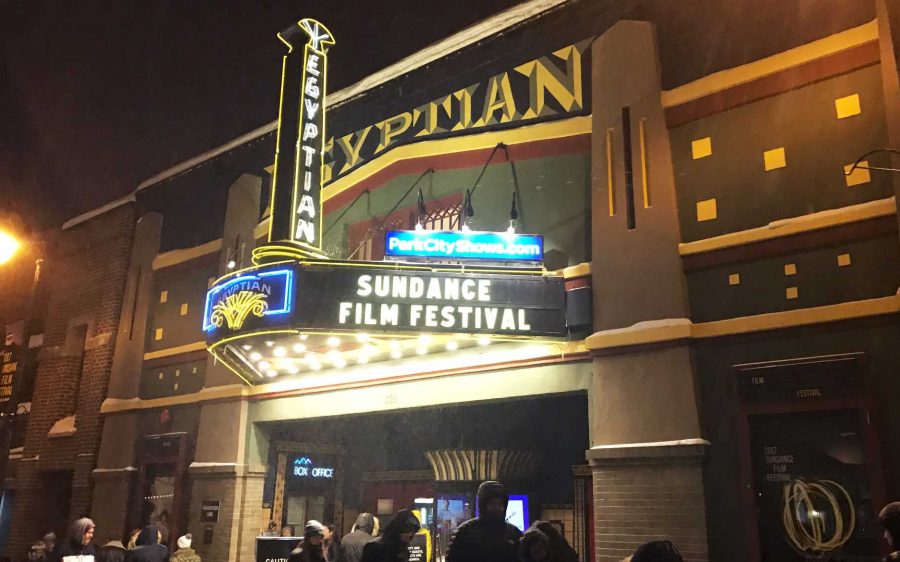 Over the next two weeks, thousands of visitors will flock to snowy Park City for something other than the town’s famous ski resorts. For movie fans, the ideal winter destination is the Sundance Film Festival, which runs from Jan. 24 to Feb. 3 this year. It is the largest independent film festival in the United States.

Founded in 1978, the Sundance Film Festival is arguably the most notable art event in Utah. The festival is designed to give a platform to high-quality independent films, though as the Festival has moved forward, it has featured more and more films with high-profile writers, actors and directors. Over its history, Sundance has been partially responsible for launching the careers of some of the most acclaimed filmmakers of the past four decades, including Kevin Smith, Quentin Tarantino, Darren Aronofsky, David O. Russell and Paul Thomas Anderson. Countless noteworthy films, including “The Blair Witch Project,” “Donnie Darko,” “(500) Days of Summer,” “Napoleon Dynamite” and “Get Out” owe at least part of their success to Sundance. Odds are, at least a few of the films screened at this year’s festival will go on to box office success, critical acclaim and awards buzz before the year is through.

While Sundance is best known for movie watching and celebrity hunting, the festival also provides daily panels and live music. Combine these events with a long lineup of highly anticipated films and it’s safe to say that attendees will have plenty to do and see over the festival’s 13-day run time.

This year, The Daily Utah Chronicle Arts Desk is excited to provide coverage of the festival. Throughout the next two weeks, watch for reviews of the following films published online at dailyutahchronicle.com.

“Apollo 11”
“Apollo 11,” which earned a coveted opening night slot, is a documentary that follows the most famous space mission of all time with never-before-seen audio and video footage. In honor of the mission’s 50th anniversary, this documentary, directed by Todd Miller, will use stunning visuals to explore the intensity and emotion of this historical moment. The film premiered at 9:00 p.m. on Jan. 24 at the Ray Theatre.

“Give Me Liberty”
This dramedy, a debut from writer-director Kirill Mikhanovsky, follows a fateful day for Vic, a Russian-American driver living in Milwaukee. Vic juggles his precarious job, unruly protests, a woman with ALS and a dozen old men going to a funeral. “Give Me Liberty” is a funny but thought-provoking story of identity, race and social unrest, and Mikhanovsyk’s cast of untrained actors give the film a rare authenticity. The film premiered at 9:00 p.m. on Jan. 24 at the March Theatre.

“Memory — The Origins of Alien”
In 1979, the science fiction horror film “Alien” was released to massive success, becoming one of the most iconic sci-fi films in history. In 1971, Dan O’Bannon was stuck writing a script that seemed to be going nowhere. “Memory” tells O’Bannon’s untold story, an unlikely tale in which a dead-end screenplay inspired an explosive cinematic achievement. Diving into a surprising corner of cinema history, director Alexandre O. Philippe’s documentary integrates both the power of “Alien” and the process of storytelling. The film premiered at 9:45 p.m. on Jan. 24 at the Egyptian Theatre.

“The Farewell”
Based off a true story that was originally broadcasted on “This American Life,” this unusual story follows a family traveling back to China for a surprise wedding. The catch? The wedding is actually a veiled excuse to visit the family matriarch, who is dying of cancer. The other catch? Nobody has told her that she is dying of cancer. Written and directed by Lulu Wang, the reporter who first told the story, the cast of “The Farewell” is lead by Awkwafina, who became a sudden movie star this summer in “Ocean’s Eight” and “Crazy Rich Asians.” The film premiered at 12:15 p.m. on Jan. 25 at the Eccles Theatre.

“Honey Boy”
This semi-autobiographical drama, written by controversial actor Shia LaBeouf, is sure to be one of the most attention-grabbing films of the festival. LaBeouf plays a character based on his own father, a former rodeo clown managing a complex relationship with his son, a child celebrity. LaBeouf’s bizarre behavior off-screen has earned both ridicule and genuine concern, but “Honey Boy” could prove his talent as a serious filmmaker. Academy Award nominee Lucas Hedges is also in the cast, along with Noah Jupe and musician FKA Twigs. The film premiered at 3:30 p.m. on Jan. 25 at the Eccles Theatre.

“Late Night”
Mindy Kaling has written and starred in “The Office,” created her own television show, written two popular memoirs and pivoted to supporting roles in a major Hollywood movie. Now, for the first time, she is writing a feature film. “Late Night” follows a female talk show host who struggles to balance feminist critics and fitting in with a male-dominated industry. This comedy pairs a topical premise about women in Hollywood with Kaling’s signature wit. The film premiered at 6:30 p.m. on Jan. 25 at the Eccles Theatre.

“Extremely Wicked, Shockingly Evil, and Vile”
“Extremely Wicked, Shockingly Evil, and Vile” has already earned plenty of attention for its unorthodox casting choices— former teen heartthrob Zac Efron, mostly known for musicals and comedies, plays infamous serial killer Ted Bundy. This unsettling drama contrasts the seemingly idyllic relationship of Ted and his girlfriend Liz (Lilly Collins) and the horrifying murders he is ultimately convicted of. Bundy, who was arrested in Utah, remains an object of intense fascination, and this biopic is sure to attract plenty of curious fans. The film premiered at 9:45 p.m. on Jan. 26 at the Eccles Theatre.

“Paradise Hills”
Pre-festival buzz has been steadily growing for this mysterious film from 28-year-old Spanish director Alice Waddington. There are few plot details available about “Paradise Hills,” which is set in an unusual boarding school for wealthy girls, but audiences can expect some unusual fantasy elements and surprising social commentary. This year, more than half of the dramatic competition films have female directors, and “Paradise Hills” is notable for its ensemble of actresses, including Emma Roberts, Danielle Macdonald, Awkwafina, Eliza Gonzalez and Milla Jovovich. The film premiered at 9:00 p.m. on Jan. 26 at the Library Center Theatre.

“The Wolf Hour”
Thriller fans and history junkies can find common ground in this unique feature starring Naomi Watts. In a 1977 New York City plagued with violence and social tension, June avoids the unrest and mostly remains inside in her small apartment. As her environment feeds increasing paranoia and isolation, June must confront both external threats and internal anxiety. Here, viewers are enveloped in an unsettling story and a setting with eerie parallels to the unease of our current climate. The film premiered Jan. 26 at the Ray Theatre.

(Note: all of these films have multiple screenings throughout the festival. Visit the Sundance Film Festival website for additional show times.)

Sundance Film Festival can be tricky to navigate, especially for first-timers. Attendees should note that most Park City venues do not allow parking, though there is a shuttle system throughout the festival. For more guidance on attending the festival or purchasing tickets, visit sundance.org. Our coverage of the festival will continue online at dailyutahchronicle.com.