Divers Will Close Out Regular Season in Colorado Springs 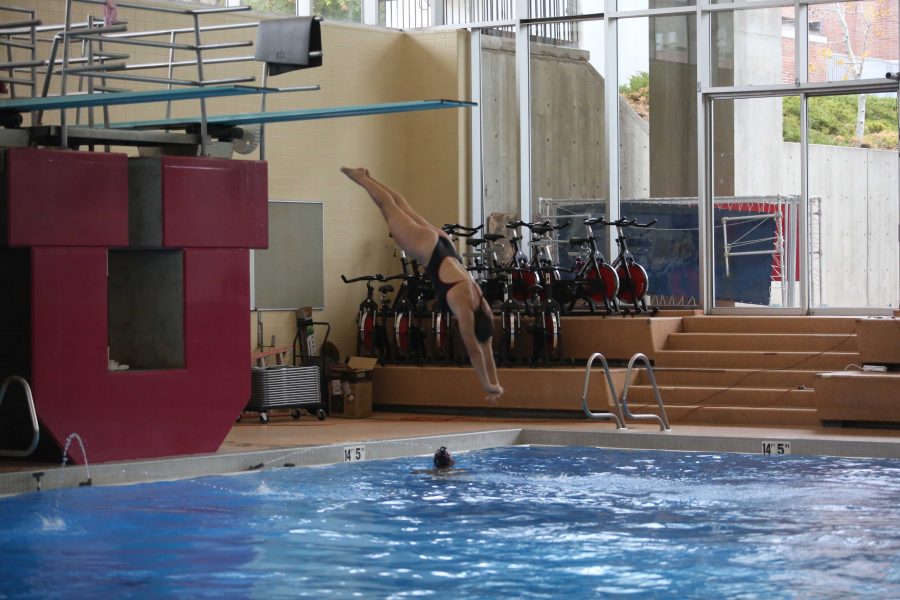 The University of Utah men’s and women’s diving teams are closing out their season with the Air Force Invitational in Colorado Springs this coming weekend.

This two-day diving competition will feature the Air Force Academy competing in their home pool.

Last weekend the dive teams took down in-state rivals Brigham Young University in the annual Deseret First Duel. The Utes took victories all around the pool and on the diving board. This was the final regular season home meet for the Utes, and they had a good showing as a team.

The women’s dive team placed two athletes in the top two spots in the three-meter, and Clare Greenlow was able to qualify for NCAA zones with her score. The men’s team ended up in the second and third place in the one-meter event.

Air Force is coming off of a split weekend with a win over Pepperdine and a loss to Cal Baptist. The women’s diving team kept it close even in their loss, falling in their final two events which solidified their loss.

The divers showed well on both days, and this team will be a challenge for the Utes as both teams are tying up their seasons and getting ready for their final conference meets over the next month or so. In six meets since the new year, the women have seen wins in four of them.

This will be the second time that Air Force’s men’s team will see Utah, as they were in Salt Lake at the end of November for the Utah diving invitational. The men’s team also saw a loss to Cal Baptist last weekend.

The men’s team saw a number of athletes in first place, and their team showed well despite falling at the end of the day. In their last five appearances, the men have come away victorious in three of them.

The Utah teams are currently holding onto strong records going into Pac-12’s and NCAA meets. The women’s team has a 3-4 overall record, with victories in all three of their last appearances. On the other side, the men’s team is 4-2, and they have been victorious in four straight meets.

This event will begin on Friday, Feb. 1 and will run all day through Saturday, Feb. 2 in Colorado Springs, Colorado at Cadet Natatorium.