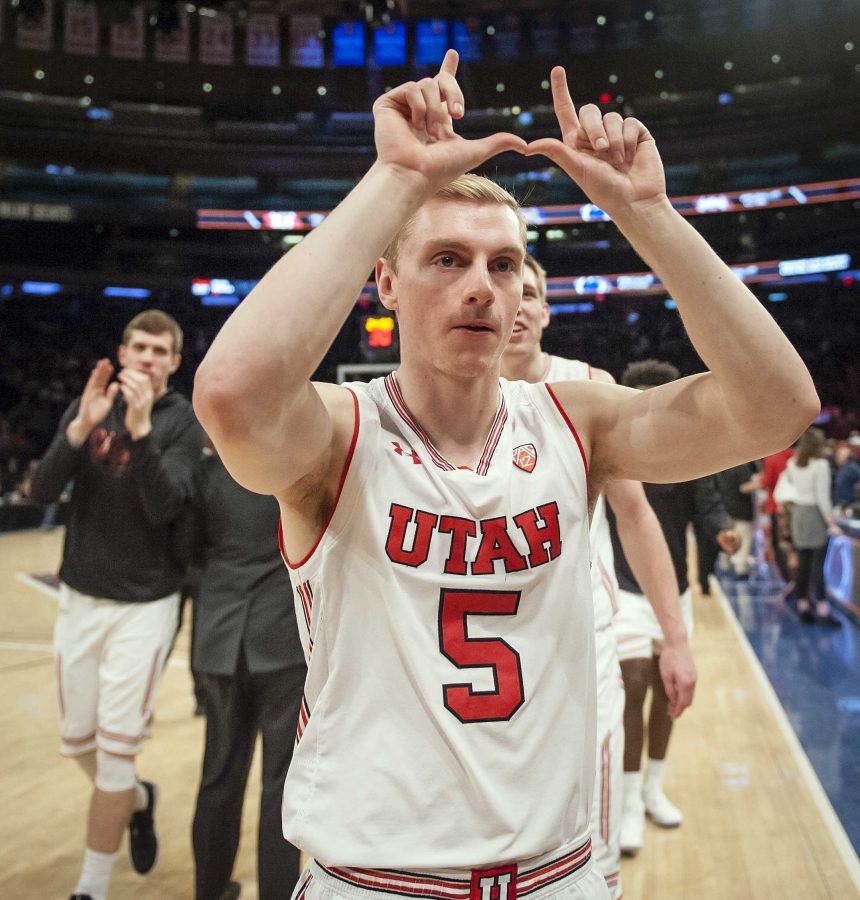 For Parker Van Dyke, sports and religion have always been intertwined, and the two share equal parts in his life.

Currently a senior for the University of Utah’s Runnin’ Utes, Van Dyke joined the team in the 2011-2012 year. As a freshman, he played in 23 games for the Utes and had a productive first season, averaging 2.5 points per night off of just a 10 minute average.

Van Dyke talked about how he gained much more from his first year than stats, as he would leave for a two-year mission to Birmingham, Alabama as a member of the Church of Jesus Christ of Latter-day Saints.

Van Dyke would spend the next two years serving in Birmingham and discussed how difficult the transition back to the life of a student-athlete could be.

He also went on to talk about the added obstacle of returning to the court, as well as the campus.

“It’s tough enough coming back to the ‘real world,’” Van Dyke said. “Being a student-athlete, it’s even tougher from the standpoint of getting back in shape and getting back in the grind of practicing every day and training. That in itself is also a challenge, and not only that but being able to come back and play at a high level.”

The adjustment was hard, but Van Dyke took some comfort in knowing that he came back with a wealth of leadership experience, which has helped him become a leader.

“Since I’ve been back, I’ve been able to help with people coming back from missions. We have a couple of players away on missions right now, and before they left I gave them a call and talked to them and gave them some tips and advice.”

“I’ve enjoyed it, luckily there was people before me to give me advice, so I was able to pay it back to some of the younger guys,” Van Dyke said. “It’s one of those things where you don’t really understand it until you’re doing it, so I’m glad I could help out.”

The 24-year old also credited his time away as a big proponent of his abilities to lead a fresh, new Utah roster. After the departure of Justin Bibbins and David Collette last season, Van Dyke has had to step up in more ways than one on the score sheet. He credited a lot of his maturity as a senior on a young team to his time in Birmingham.

“Going on a mission was a huge maturity booster for me, it was two years away but it felt like ten years of experience.”

The Runnin’ Utes are looking to keep the pressure on the rest of the Pac-12, and with a tightly-knit, exciting young group and Van Dyke at the helm, they have a chance to do just that.