Sundance: ‘The Farewell’ is a Moving, Gently Funny Family Portrait 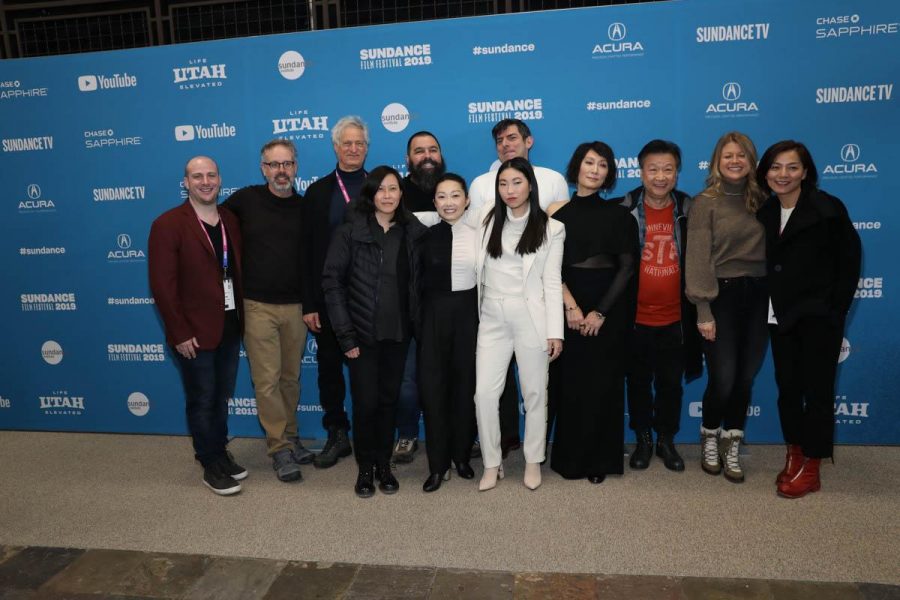 Hiding your true emotions is hard. Losing a loved one is harder. To face both at the same time might be impossible.

In “The Farewell,” a warm and winning film from writer-director Lulu Wang, twenty-something Billi (Awkwafina) is a struggling writer living in New York City. When Billi learns that her beloved grandmother Nai Nai (Shuzhen Zhou) is dying of lung cancer, she is heartbroken, and Billi’s parents plan on visiting Nai Nai for what will likely be the last time. Billi wants to join, but she is alarmed to discover that the entire family will be keeping the cancer diagnosis a secret from Nai Nai. Instead of revealing the news, the family plans an abrupt wedding for Billi’s cousin Haohao (Han Chen) in China, allowing a convenient excuse to say goodbye without betraying the family’s true motivations.

This story, based on Wang’s own experiences (and an excellent episode of “This American Life,”) is an immediately intriguing one. Wang’s screenplay smartly engages with the philosophical and ethical questions of this scenario. By the end, American audiences might be surprised by how logical the secret is — instead of burdening Nai Nai with the difficult news, the family decides to process their grief collectively. Wang, however, wisely avoids any obvious thesis statements. Instead, “The Farewell” focuses on character-based comedy and affecting depictions of family relationships.

In a performance worlds away from her brash, star-making roles in “Ocean’s Eight” and “Crazy Rich Asians,” Awkwafina gives an open, moving performance. This subdued work speaks all the more to her star power — even without broad antics (and her hotly-debated “blaccent”) she is still captivating. Awkwafina deftly blends into a large ensemble of actors, who are all excellent. In just a few short scenes, the cast quickly establishes a believable, fully realized family relationship. They drink together, tease each other, bicker and laugh — I could have easily watched five movie’s worth of family dinners and late night conversations.

“The Farewell” deftly balances lighthearted farce with a streak of melancholy. Each family member struggles to hide the big secret, and their feeble attempts to pretend everything is fine lead to plenty of awkwardness and mishaps. Still, Nai Nai’s deteriorating health casts darkness over even the most joyful scenes. Billi, who only has seen her grandmother a handful of times since moving to America, feels both sadness and guilt, and the film effectively portrays both the connections and complications of family relationships. Wang masterfully controls this tonal balance, and the moments of humor only deepen the poignancy of “The Farewell.”

While it is refreshing to see a film by an Asian filmmaker with an entirely Asian cast, “The Farewell” is never expressly political. Instead, Wang’s screenplay discusses cultural divides and identity in a deeply personal way. Billi’s family immigrated to the United States when she was a child, and her uncle lives in Japan. The differences between Billi and her relatives still living in China are explicitly and implicitly addressed. In one scene, the family explores the differences between the U.S. and China in a discussion that quickly turns into a competition of values and personal choices. Billi may have gotten unique opportunities in the United States, but she feels alienated from her home country of China — neither place feels completely like home to her. Though the family’s love for Nai Nai is apparent, they also reckon with the fact that they are unable to care for her, or even see her much. These details fit in the film so naturally, you hardly notice that Wang has more on her mind than her own specific experiences.

“The Farewell” is so gentle it risks feeling slight, but this delicacy is also the film’s strongest asset. For a storyline centered on death, the narrative never feels maudlin. Instead, “The Farewell” approaches every subject it touches, from grief to food, with rare grace and nuance. The opening title card announces this film is “based on a true lie.” But the overwhelming impression left by “The Farewell” is one of pure honesty.