Runnin’ Utes Look to Bounce Back Against Oregon State 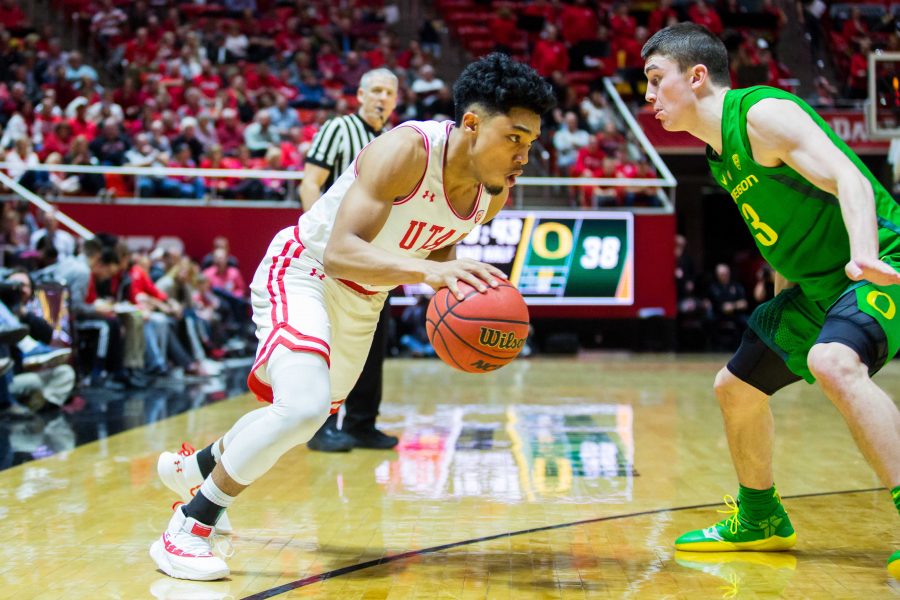 After blowing a double-digit lead in the Oregon Ducks Thursday night, the 11-9 Runnin’ Utes will return back on the court to take on the 13-7 Oregon State Beavers.

In their last game against Oregon, the Utes started off well in the first 14 minutes, holding a 14-point lead before letting it slip away, being strangled by a suffocating Oregon defense that was simply too much to handle.

The Utes shot poorly during the second half. Utah shot 12/29 overall from the field and 5/16 from behind the arc in the second half and just flat-out could not score as Oregon was able to pressure Utah with a full-court defensive scheme.

The Oregon State Beavers have gone 3-3 in their last six games, however, they should not be overlooked in anyway. “Oregon State has an extremely high-scoring offense, definitely with players that can just score the basketball at will,” said coach Larry Krystkowiak.

Beaver senior Stephen Thompson Jr. can play in multiple ways and can play on both sides of the floor. Thompson Jr. has averaged 15.9 points and 1.5 steals per game and can pressure the Utes on the defensive end.

With the Beavers coming off a two-point win over Colorado, they should feel motivated to take down Utah, as a win for them could get them going on a potential win streak. As for Utah, they’re fresh off a loss, and many players from the team, including the coaching staff, are all disappointed and are hungry to get this conference win.

The Utes and Beavers are set to tip-off at 3 p.m. MT in the Huntsman Center on Saturday, Feb. 2. This match-up will also be available on the Pac-12 Network.