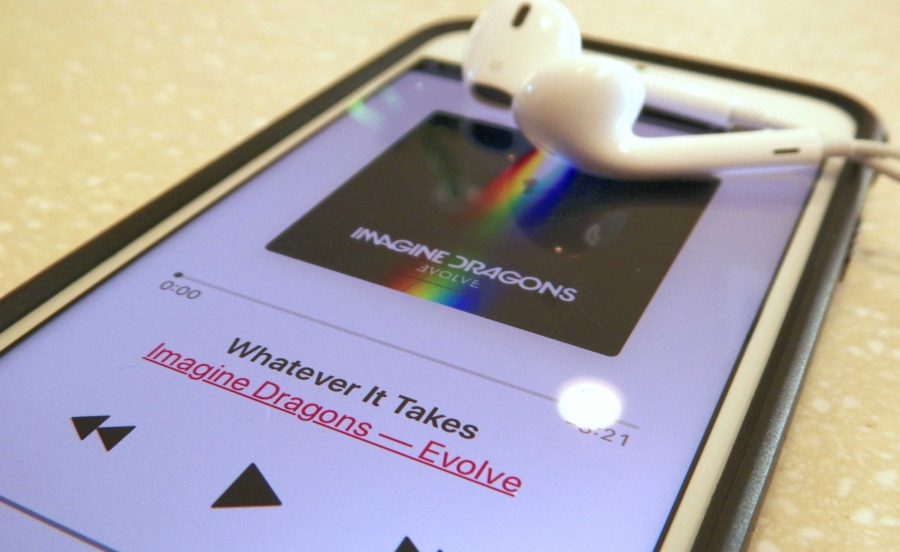 Utah is often forgotten in the grand scheme of things. Most references to the state are punchlines in popular culture, subjected to bad stereotypes. Which is why a band like Grammy-winning Imagine Dragons, whose lead vocalist is Dan Reynolds, is so important for Utah — a state which is made of tightly knit communities. Reynolds is a member of the Church of Jesus Christ of Latter-day Saints. He served a two-year mission in Nebraska at the age of 19, comes from a family of nine siblings and was set on attending Brigham Young University. In short, Reynolds knows the LDS community extremely well. Well enough, in fact, to take a needed stand against the Church’s stifling conformities on its LGBTQ members.

Last year, Reynolds’ continued promoting his beliefs through the second annual LoveLoud Festival, which was held at the University of Utah’s Rice Eccles Stadium. In 2017, Reynolds founded the LoveLoud Foundation, whose mission is to “Ignite the vital conversation about what it means to unconditionally love, understand, accept, and support our LGBTQ+ friends and family.” LoveLoud soon grew to become more than just a foundation as Reynolds began talking to colleagues like Tyler Glenn, the lead singer of Neon Trees. He led the process of creating the annual festival in Utah, an outdoor concert whose entire proceeds go to fund the foundation in aiding local and national LGBTQ support programs such as the Trevor Project, Glaad, Stand 4 Kind, the Tegan and Sara Foundation and Encircle.

While Reynolds has a personal stake in this topic, what lead him to do something about it is a startling statistic. In June, the CDC released a vital signs report which stated suicide is the 10th leading cause of death in the United States. Utah ranked number five in terms of suicide-related deaths — seeing a 46.5 percent increase. Suicide was also deemed as the leading cause of death for children ages 11-17 in Utah. The connection between this statistic and the LDS Church is not readily apparent to the outside eye — something that Reynolds is working to change. The Church is clear in the matter: they do not condone same-sex marriage, but do “distinguish between same-sex attraction and homosexual behavior.” In short, if you are a member of the Church, you can be gay, but you cannot act on it. Programs of the Church encourage those who are gay to hide their identity and to conform to a second life theory in which they marry and start a family in the way that they feel God deems it, but they are allowed to be gay on the inside. The effects of these doctrines can have a drastic effect on youth growing up in Utah, and in particular, in the LDS faith — a faith which holds community and family to the highest standard — making it alarmingly easy for someone to feel like they don’t belong.

Reynolds states clearly in his HBO documentary “Believer” that he is not trying to denounce Mormonism. He is still a member of the Church himself because he knows how compassionate its members are. He is, simply put, being human. In the documentary, he talks about how he contributed to spreading the stigma against gay people when he was on his mission and how he wished he had done something like this back then. He wants to bring awareness to the way that the Church brushes gay people under the rug. He does not consider members of the Church to be bigots, but the lack of education on LGBTQ issues in Utah is contributing to statistics which Utahns should be concerned about. In their research, the Trevor Project found if an LGBTQ teen has one supportive adult in their lives, their risk of suicide is reduced by 30 percent. Reynolds hopes his foundation and festival can help create a support system for LGBTQ teens.

Before 2015, there was almost a grey area for gay people in Utah. While homosexual activity was considered a sin, it simply wasn’t spoken about. In November 2015, the Church announced that children of same-sex couples cannot be baptized into the Church until and unless they denounce same-sex marriage at 18 years old. This was a watershed moment for LGBTQ members, a final definite line drawn by the Church. Shortly after, Neon Trees singer Tyler Glenn was so devastated he decided to leave the Church. Among other examples in the “Believer” film, it is apparent that speaking up about this issue is something which can have dire consequences.

Putting the first festival together was not an easy task. There were many people who were scared or unwilling to listen to change. In the final moments, Reynolds was sure that all his efforts would be for nothing. With no sponsors, they put the festival together in a ballpark and sold it out. The festival in 2017 raised over $1 million in proceeds, and in 2017, the Church issued a statement supporting Reynolds’ efforts: “We applaud the LoveLoud Festival for LGBT youth’s aim to bring people together to address teen safety and to express respect and love for all of God’s children.” Last year, the 2018 LoveLoud fest was held at the University of Utah’s Rice Eccles Stadium.

The fight, however, is far from over. The LDS Church has yet to make a definitive proclamation about accepting LGBTQ people. Reynolds has vowed to keep his festival going until it is no longer needed — until the people of Utah and the LDS faith understand. He is doing exactly what a celebrity with his caliber of platform should be doing: taking a stand. As he says, “Love. It’s so basic. It’s the whole core of our existence.”