The Humble Heart of Erika Bean 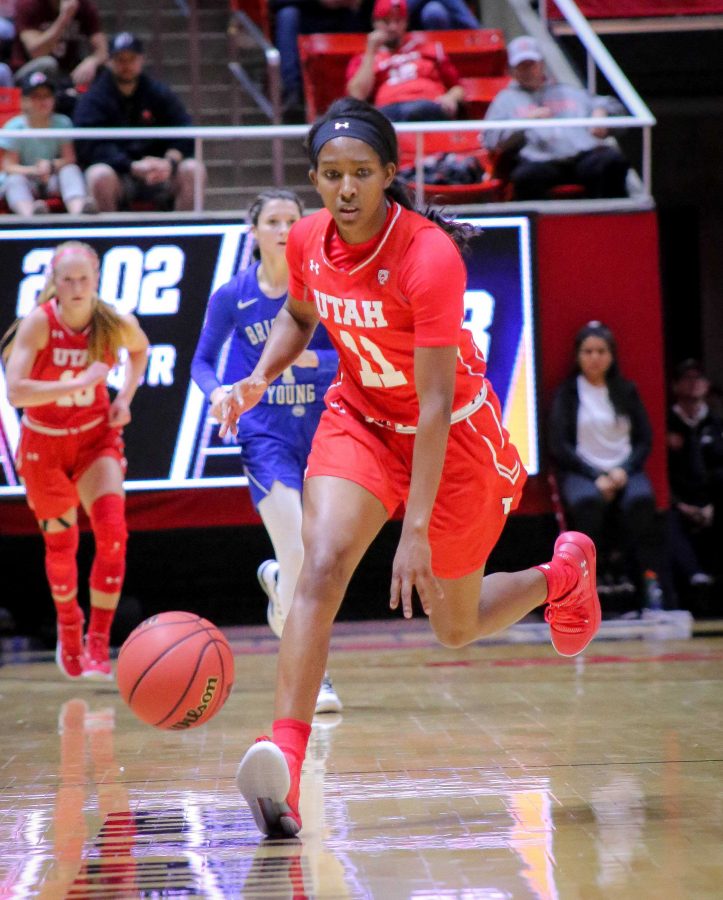 This past year, senior point guard Erika Bean has stepped up on the court as a leader on the University of Utah women’s basketball team.

“This year it has been really cool to see her step forward leadership-wise,” said head coach Lynne Roberts. “She has always been kind of quiet. This year, she’s not. This year, she is really playing like an inspired senior.”

Coming in as a freshman in 2015 from Sacramento, California, Bean may have been quiet, but she made sure to show her coaches that she had the skills as a basketball player from the very beginning, playing all 33 games that 2015 season. Bean’s experience as a player and growth as an individual have pushed her to become an influential leader as a senior this year.

“When she came as a freshman, she was pretty shy, under the radar,” Roberts said. “Over the last three seasons she has gotten bigger, stronger, faster, more confident, a little more swagger and that’s what college is all about.”

Bean has always been someone her teammates can look up to off and on the court. She strives for greatness in everything she does has led her to earn Pac-12 All-Academic honorable mention multiple times throughout her career as a Ute.

“In my upbringing, my parents always emphasized excellence,” Bean said. “Whether that be on the court or off the court in the classroom, we want to just show excellence and that’s what I want to do academically. Obviously, basketball is going to end at some point, and I want to make sure I’m set up for a great career.”

Growing up, not only was Bean pushed to be the best she can be, but she also was taught to put God first in her life as well. Bean believes this has truly shaped the woman she has become.

“I’ve grown up in church all my life, my parents are super involved … my grandfather’s a pastor of a church so that’s a big thing,” Bean said. “It has always been God, family and basketball.”

God has always been put first throughout Bean’s life, and she has made sure to continue to put faith first here in Salt Lake City, Utah as a student and as a player at the University of Utah women’s basketball team.

“Having faith in God, and also having faith and belief in myself and my teammates in our own abilities and then the time that we put in creates confidence and belief in one another,” said Bean.

Bean’s humble heart and experience as a player has led her to become a confident and extraordinary leader for the Utah Utes. She motivates not only her teammates but all those around her to be the best they can be. She has big goals of finishing off the season strong as a player and a student this year.

“I have great teammates around me and we all have big goals and dreams for this year,” Bean said. “It’s been a goal of mine to be better every year for my teammates and for myself. I also have a great family who have provided for me all my life and I just want to make them proud and everyone who supports me proud.”