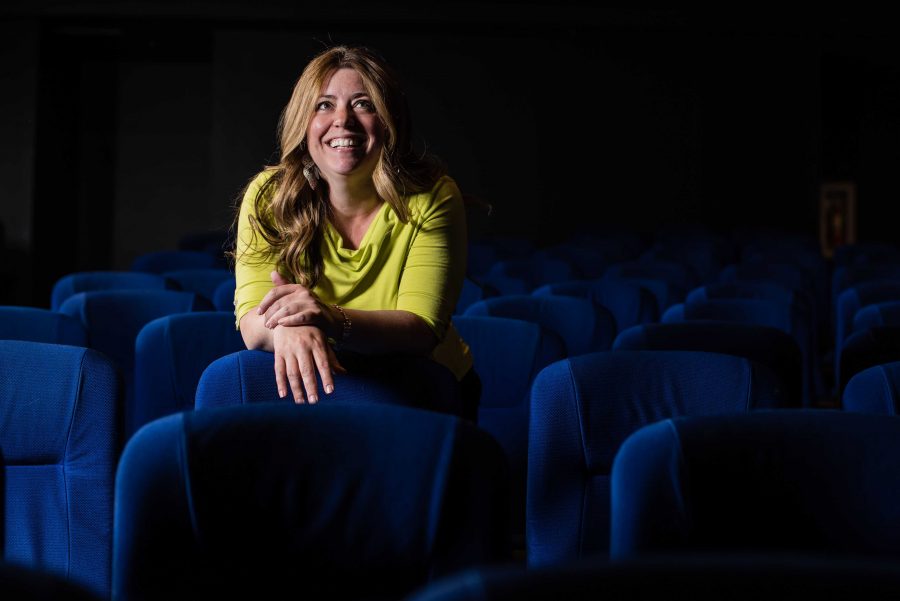 Tori Baker has known one thing about herself from the first day at the University of Utah — she wanted to tell stories through a cultural lens. She’s been focused and clear about her passion and career from the very beginning. After graduating with a BA in Film Arts and Anthropology, Baker set off to make her dreams come true. Over the years, she’s worked with various organizations like Sundance, Vine Vegas and most recently, the Salt Lake Film Society, where she has been named president and CEO after serving there for 15 years. In 2016, the College of Fine Arts honored Baker with the College of Fine Arts Distinguished Alumni Award. As Baker reflected on her past, she was both nostalgic and optimistic about the future of independent film in Utah.

When Baker was a student at the U, there wasn’t a film studies department — it was simply a program. Resources were limited and there were no women studying filmmaking, yet Baker continued to pursue her passions. Her first short film was about the oldest living gorilla in captivity. She recalls working in 16mm film, editing and cutting on old Steenback and Moviola machines. As an alumna, she can’t help but be thrilled at how far the program has come. “Watching the film school grow and evolve into what it is today has been amazing,” she said. “The resources that students today have to create content and define a career is vastly different than when I was attending the university.” With resources and talent, Baker is confident the new generation of Utah filmmakers will change the entire ecosystem of independent film.

Baker hopes students can find further resources at the Salt Lake Film Society. A hub for independent filmmakers in Utah, it has a “mission to educate, advocate, and inform about and through cinema.” SLFS harnesses storytelling through cinema at their venues: the Broadway Centre and the Historic Tower Theatre. It is also home to 21 community projects which are centered around film, and they exhibit over 250 films a year. They have various programs like MAST (founded by Baker) which hosts various contests for documentary storytellers, animators and writers. At both of their venues, they have cultural tours for films. In the spring of 2019, they will have films from Israel (“Israel”), the Czech Republic (“Czech That Film”) and Mexico (“FILMexico”). On Tuesday nights, the SLFS hosts a school night where film screenings are free for anyone under 21.

As a veteran, Baker has some advice for those looking to get into the independent film scene in Utah: “Self-educate through direct participation by attending unique and perhaps boundary-pushing films,” Baker said. Going to see films at the Tower is a perfect opportunity as it is coined the “discovery” venue of the film world. Baker went on to say, “If you are growing into a career in film, see more films. The second piece of advice would be to engage and volunteer at the nonprofit film organizations in our city. There’s a vast number of us, and volunteering will get you noticed by the staff at these organizations and perhaps lead to employment or opportunity.”

Perhaps the most remarkable thing about film is the fact that it is the most widespread form of visual storytelling that we have. As we continue to grow and discover more stories to be told, Baker urges everyone to understand how impactful film really is and why we have a duty to continue to craft it.

“It’s a great luxury and a great responsibility in times of divisiveness to express our personal advocacy through expanding our humanity experiences,” she said. “We can do this with cinema by stepping into a portal of someone else’s life-gaze. We can do that in the dark auditorium with a community of audience members and shared emotions.”