Former President of Mexico Speaks At The U On Strengthening U.S.-Mexico Relations 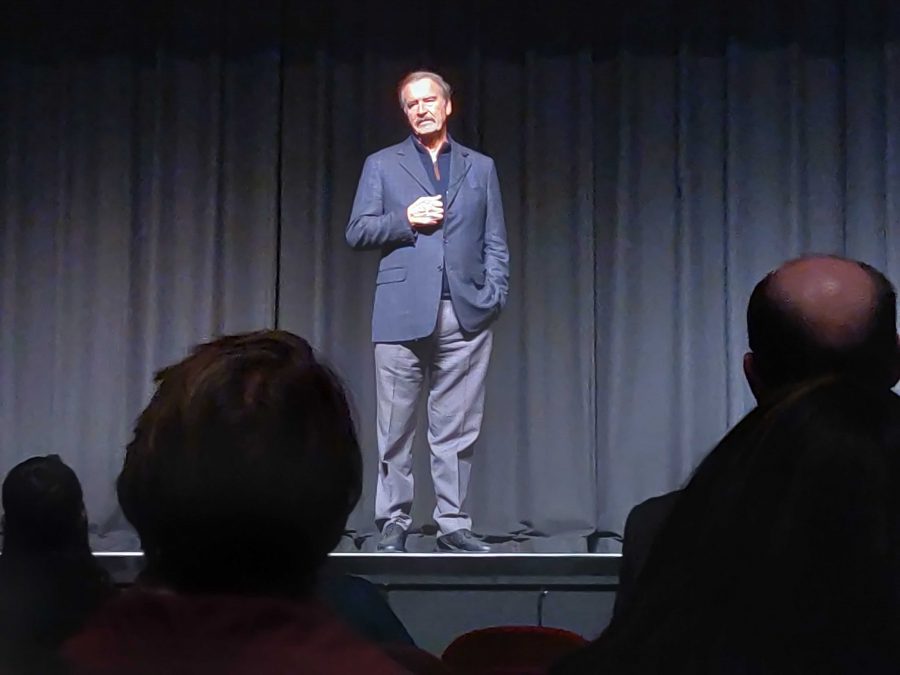 Bob Goldberg, director of the University of Utah’s Tanner Humanities Center, introduced Fox and welcomed an audience of students, faculty and administrators from the U, Salt Lake Community College, Brigham Young University and Utah Valley University as well as from East, West, Hillcrest and Olympus High Schools.

Drawing on his experiences as President of Mexico from 2000 to 2006, Fox spoke on a variety of topics ranging from immigration, trade, corruption, crime, U.S.-Mexico relations and leadership. He also aimed to speak on how efforts to solve global issues could be applied locally.

“Walls divide, we must build bridges,” Fox said. He spoke on how Mexico and the United States need to work together to figure out immigration reform and that “just building a wall will not solve the problem.”

Basically, Mexico and the United States should be working together to make the North American region “the most successful region in the world” and the most competitive in the global market. To back this up, Fox pointed to issues with Brexit, and he also spoke highly of the North American Foreign Trade Agreement (NAFTA).

According to Fox, decreasing the earnings gap between Mexicans and Americans is an important factor in decreasing migration. Another way to fix the immigration issue is for the United States to have a “successful neighbor to the South.”

Fox then turned to the local situation in Mexico and stated that while Mexico as a nation has a very successful government, it has two conflicts.

In addressing crime in Mexico, Fox mentioned the geographical positioning of the country. Drugs coming from the south cross through Mexico “to enrich the largest drug consumer market in the world, which happens to be the United States.” Fox also commented on medical and recreational uses of medical marijuana.

Before answering questions, Fox closed out his talk by speaking to the importance of leadership, stating “leadership is an exceptional thing,” and he reminded the audience that “leaders have a strong moral obligation to be compassionate” and “must have a great cause to go after.”

The final question was, “Will Mexico pay for the wall?” In his response, Fox replied “I mean, that’s nonsense.”

Outside Kingsbury Hall, a group of nine individuals protested the event. The group, listed as “Make America Great Again: Salt Lake,” applied for a permit to protest the event in the surrounding area and across the street from the venue for 250+ people, which is the largest category permit that can be applied for.

UPD was informed and prepared with individuals ready to respond to conflict. A source from ASUU also stated that conversations between staff and student leaders from Student Leadership and Involvement, ASUU and the Dean of Students Office resulted in the decision to provide mental health and support services. The U’s Wellness Center, Women’s Resource Center and ASUU provided crisis resource cards for any event attendees who could be seeking support surrounding hot button topics either before or after Fox’s lecture.

A photo op meet-and-greet happened at 6 p.m. followed by dinner with Fox for donors and supporters of the event at 7 p.m.

Fox’s talk was part of the “World Leaders Lectures Forum” organized by the Obert C. & Grace A. Tanner Humanities Center in partnership with the World Trade Center Utah. Other campus and community sponsors can be viewed here.