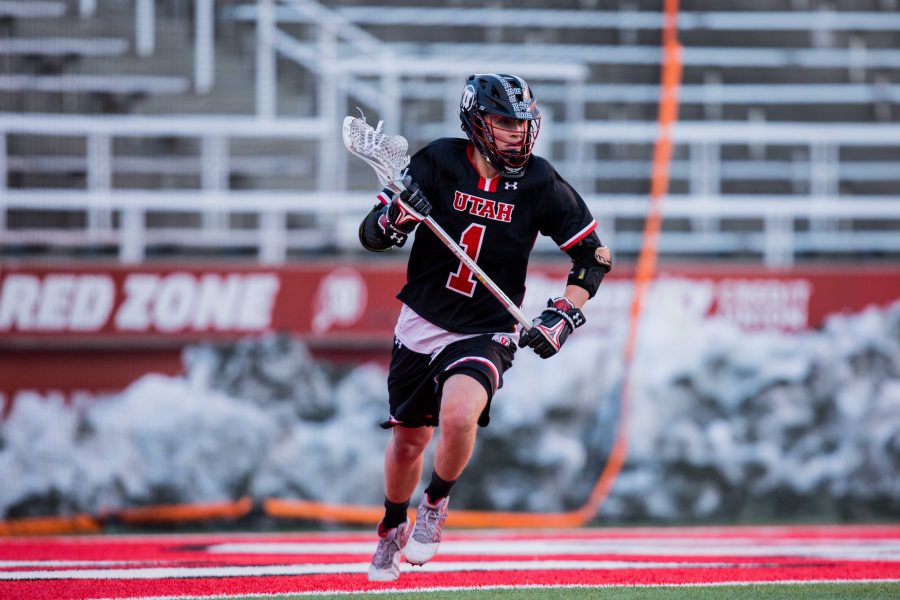 A big offensive effort was for naught on Saturday, as the University of Utah lacrosse team fell to Hofstra University, 14-10.

Sophomore standout Josh Stout kept the offense alive for the Utes throughout most of the match, notching five goals to add to his mounting total. He has 15 on the season, on only 21 shots. He makes more than he doesn’t, and the Utah game plan was balanced around feeding him the ball, something that Hofstra was able to pick off on multiple occasions in this game. That’s also evident in Stout’s two lone assists on the season. He is used to getting the ball and controlling the offense, and for veteran defenders, like those the Utes saw in Vermont, shutting him down is key to containing a huge part of the Utah offense.

In this game, the team came in with a much more balanced attack. Multiple players got their first NCAA points including Jake Cantlon, notching two goals and two assists, and Samuel Cambere, who scored his first goal on top of four forced turnovers.

This isn’t the first time Utah’s faced a vastly superior opponent, but it is the first time that they have kept it close with way higher competition. Head coach Brian Holman spoke about that following the game.

“This is a legendary team and facility,” Holman said. “I thought we handled it really well. We weren’t intimidated at all.”

This is the second time in the first three games that the Utes came into a game as underdogs against a much stronger opponent. The team’s first NCAA appearance was a 21-6 shellacking at the hands of Vermont, a team slated to finish third in the country by season’s end.

They then went on to face Mercer, a team coming out of a tough first loss but looking to redeem themselves, and barely pulled out a 13-9 victory.

Coming in to face Hofstra, who received votes to be in the top 25, the Utes knew they would have a tough, uphill battle ahead of them. Holman emphasized that following the game.

“We’re learning about the many facets of the game and I think that’s the big thing,” Holman said. “I thought we had some mental lapses at times that really hurt us, but those are things that can be fixed.”

Despite a difficult loss, the Utes look optimistically to next weekend’s matches against the University of Denver Pioneers and the Air Force Academy Falcons.