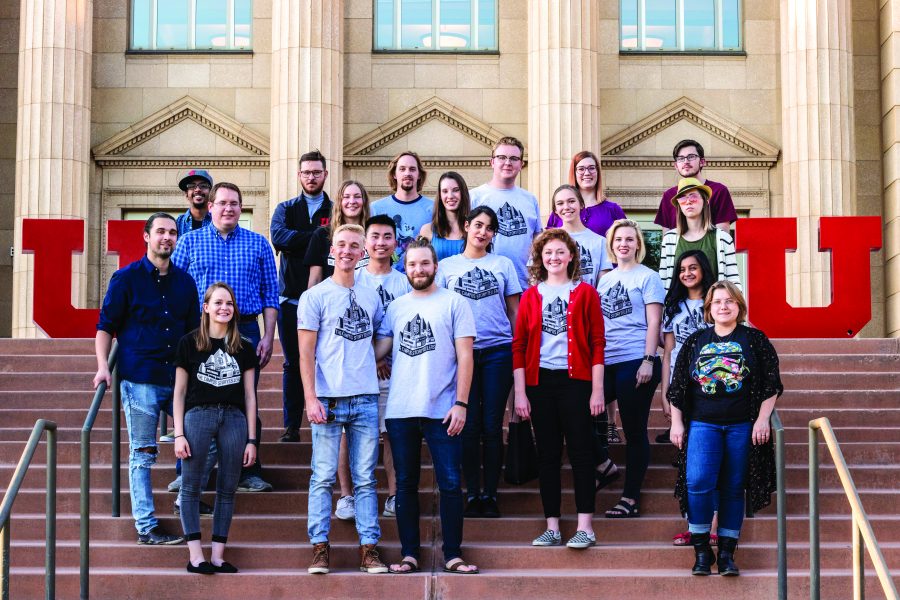 The first time I applied to a student-run publication, I was seething with anger. My application arrived soon after the tragic carjacking incident at the University of Utah that took student ChenWei Guo’s life, and I had just read a news article by another student — a piece written with sickening excitement and voyeurism regarding the events of that evening. They wrote about how hearing that there was an active shooter on campus made them feel invigorated rather than terrified, because — of course — they just loved “Criminal Minds” and wanted to go investigate for themselves. They reported that they texted their mom to inform her of their safety before their fun attempt to get as close to the scene as possible, their curiosity piqued. At roughly the same time, I was texting my mom what I hoped wouldn’t be my last “I love you.”

At the time of the shooting, I was inside one of the dormitory buildings closest to the parking lot where it had happened. I heard the gunshots, spent hours hiding in a closet (it would be a while before we realized that it was not a mass shooting) and was devastated upon reading the police update reporting that someone had been killed. From the other side of that nightmare, it was hard to believe that there were people who could breeze through the death of a fellow student. Still in shock after the senseless violence, I hardly minced words in the angry comment I left on this article after it popped up in my Facebook feed.

While I believe that this person had a bad take on the situation, wrote a flippant article about it and deserved the criticism that they got, I understand that it is the responsibility of a school paper to provide an outlet for the voice of all students. I may not agree with everything that is written, but I am grateful that it is there and that there are people who care enough to put their writing out into the world. This is especially true in times of community crisis.

Leaving an indignant comment on social media offers the comfort of instant gratification, but it isn’t a solution to the problem. Rectifying issues within media coverage is hard work. I knew that if I was willing to deliver critique, I needed to be willing to contribute to change as well. So, moments after pushing back against the student newspaper, I decided to join it.

Student newspapers are easy to criticize, but their presence is necessary. An avenue for students to practice their writing, formulate their thoughts and contribute to campus discussion is invaluable to the culture of a university. While writing something that satisfies every reader is an impossible task, it is important for students to be able to say their piece.

Despite the fact that we all attend the U, our students do not share a monolithic experience here on campus. A school newspaper is the perfect outlet for these student stories. There is always bias in media. While it is fairly obvious in opinion desks, it can also be found in the choice of subject matter, the frequency of coverage and the tone of other more objective desks. To counteract this bias, students from all backgrounds should flood the school paper with their applications.

If I could ask students to do anything, it would be to learn to effectively articulate and share their opinions. From a campus perspective, I believe that the newspaper is a great resource. The News desk pushes students to be attuned to their community as they look for stories to report on. The Arts and Entertainment desk allows students to run local and pop culture work through their own analysis. Sports reporting keeps students up-to-date on what our athletes are up to and the events that they can attend to support them. The Opinion desk is a great place for students who want to hone their arguments into something greater than an opinionated Twitter thread. From photography to editing, there is something for everyone. The ability to effectively communicate and share information is a valuable skill that will benefit every student.

College students are young, passionate and vocal — aspects that contribute to “free speech on college campuses” becoming the controversial topic that it is while circulating among political pundits. Some student groups are active protesters who organize with the hope of drowning out the message of a university speaker or an event that they disagree with. Other students hold events discussing a perceived censure of their political beliefs inflicted by the culture of their university. Either way, these students are calling attention to what they believe is wrong.

While students can and should fight for their ideas through both of those methods, they should also consider taking it to the newsroom. If a student is offended by the speech occurring on campus, they should contribute to the solution: advocacy for better ideas through more speech. If a student feels wary of or left out by the university, student government or student media, they are certainly welcome at The Daily Utah Chronicle’s Opinion desk to share their experience and push for a change.

Complaining about student media is convenient. It is the willingness to add one’s own voice that shows a commitment to progress. Students should pay attention to what their papers cover as they have a vested interest in making sure they are represented, even if it means joining one for themselves.