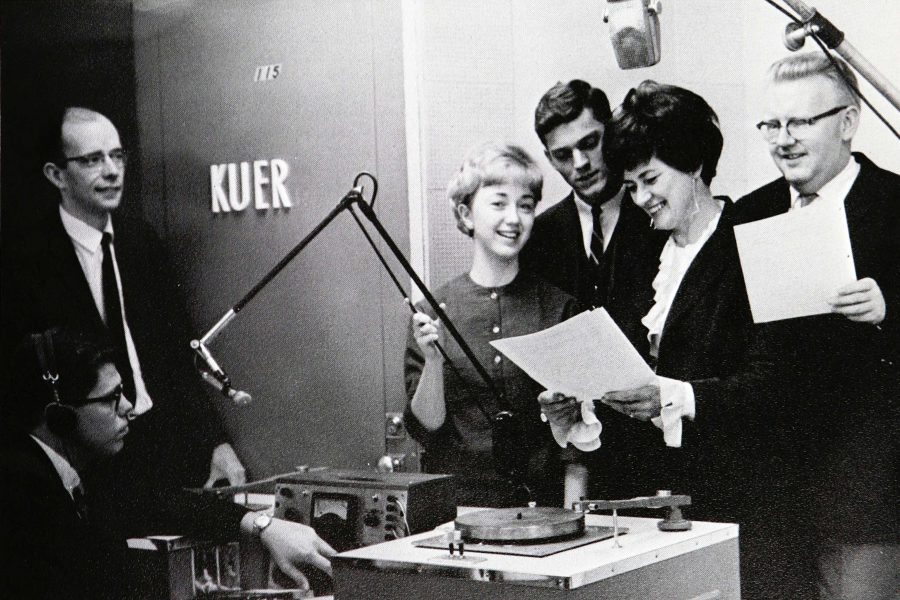 (Courtesy of The Utonian | Marriot Library)

Recently, I’ve thought of radio as a media source in decline, something quaint and almost obsolete. I often forget the number of stores who receive radio, the car rides saved by various stations. The truth is that radio still permeates our daily lives, serving at the least as background noise. To be fair, “Radio From Hell” is hardly the quaint title of a show being left behind.

I had the opportunity to discuss women in radio with Cynthia Grissom, an intern at the morning show “Radio From Hell” and University of Utah student. She had a delightful, revitalizing sense of how radio brings people together through a shared platform. The show she works for has three hosts: two men — Kerry Jackson and Bill Allred — and one woman: Gina Barberi. The other week, with Barberi gone for the day, Grissom had her first chance to co-host, partially to keep the ratio of men and women the same. Grissom said that some tension exists in maintaining this balance. Looking back at when radio started, it was dominated by men, as with most industries at the time. A norm had been established, she thinks, whereas infiltrating a modern platform like social media might be easier for women. Considering trends, she also pointed out that when there are female DJs, few to none air during the day. There is not necessarily a lack of women in the industry, but a lack of public exposure. The marketing side of radio, for example, has a nearly equal portion of men and women, but they are hidden behind their contributions.

Grissom’s work as an intern also takes place behind the scenes. She works on online content and blog posts. For her day-to-day, the pressures of being a woman don’t weigh as heavily as the pressures of being young. As a young person in a field that she wants to pursue as a career, she wants to prove herself. Part of the reason she recently co-hosted was to offer a new generation’s perspective, not just to balance the gender discrepancy. Despite the disproportional amount of men in the business, Grissom still feels included. She does want to see changes in radio, but her concerns involve staying relevant. She acknowledges that people consider radio a dying industry and they do have to adapt to other approaches for dissemination. She sees radio as a media source that accomplishes something other music platforms don’t have the ability to do. We can create personalized playlists, but for Grissom, radio is more about offering a platform for culture, a place for common experience.

A little closer to home, KUER on the U campus demonstrates the numbers Grissom describes. Of a listed staff of 35, 18 employees are female. That is 51 percent of the staff, but only six members of the staff are listed as hosts with on-air shows. Of those six, only two are women. The public face of radio does not reflect the gender balance behind the scenes.

On one hand, we don’t want to project deficiencies where they don’t exist. On the other, we don’t want to assume we are out of ceilings to break and envelopes to push. We don’t want to include for the sake of inclusiveness, but we still need to bear in mind that we are growing as a society, and representation is important for development. We can become pretty comfortable with the advances we have already made, and without checking in and questioning the status quo, we might be susceptible to influences we don’t even recognize.