Utah Baseball Earns Their First Win of 2019 in Opening Series 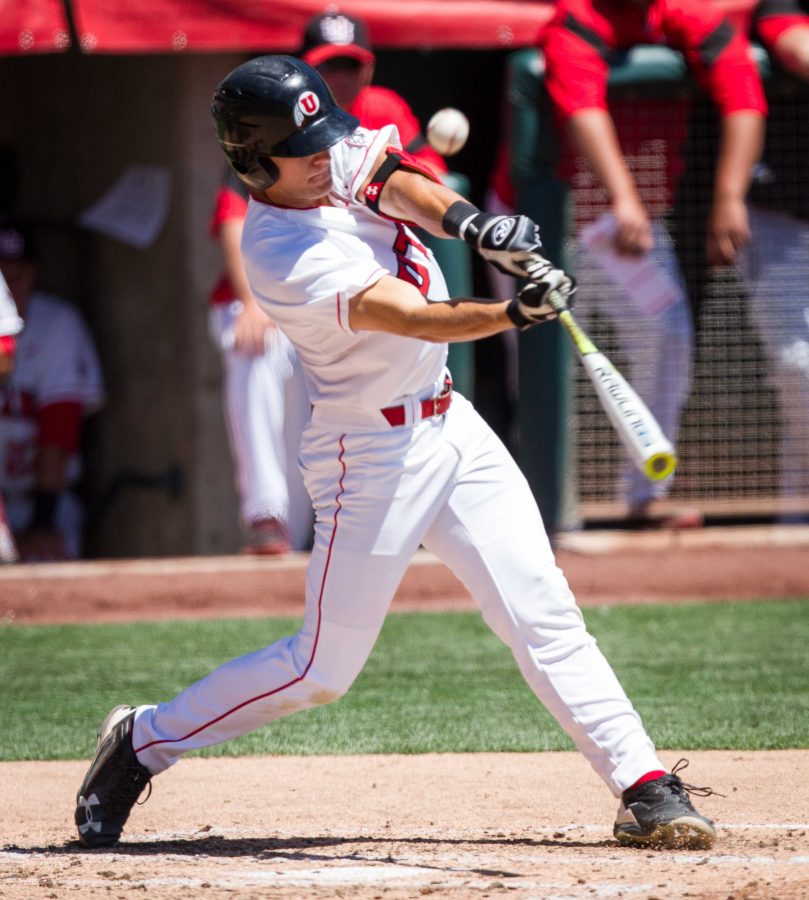 Utah baseball took their first swings of the 2019 season against Texas State, Missouri State and Nevada at Bobcat Ballpark in San Marcos, Texas over the weekend.

The Utes started strong on Friday against the Bobcats when a throwing error by Texas State’s catcher, Felipe Rodriguez, scored Erick Migueles an RBI, and a single by Dominic Foscalina in the top of the second inning brought Shea Kramer home to tie the game at two.

The Utes tacked on their third run of the day an inning later when Oliver Dunn doubled down the right field line, followed by a Chandler Anderson sacrifice bunt which moved Dunn to third base. Migueles singled to put the Utes ahead in the top of the third, 3-2.

Utah gave up a tying run in the bottom of the fourth and it was all Bobcats from that point on as Texas State scored five unanswered runs to beat the Utes in Utah’s season opener 8-3.

The second game of the weekend came against the number 24 ranked Missouri State Bears on Saturday afternoon where the Utes got off to a slow start, falling behind early 3-0.

In the bottom of the third inning, Zack Moeller walked and advanced to second on a balk before Migueles singled to drive in the first run of the game. Then, with the bases loaded in the bottom of the fourth inning, Anderson walked to close the gap 3-2.

The Bears broke the game open in the sixth and seventh innings, tacking on three runs to extend their lead, and the Utes weren’t able to respond, losing their second game of the weekend 6-2.

Sunday’s game against the Nevada Wolfpack jumped out to a slow start as the Utes fell behind 2-0 early on.

The Utes bats came alive in the top of the sixth inning as Migueles hit a line drive to center field with the bases loaded, scoring Dunn to cut the Wolfpack’s lead to one. The next batter up was Shea Kramer who singled to score another run, tying the game at two. Rykker Tom hit a sacrifice fly with one out, to score the Utes third run of the game, before Foscalina doubled down the right field line to tack on two more in the inning, putting the Utes ahead 5-2.

Kramer came up clutch again with an RBI single in the seventh inning to add to the Utes lead before Nevada added a run of their own in the bottom of the inning. The Utes went on to win their first game of the Season 6-3, finishing the opening series 1-2.

Utah will have four games this weekend as they travel to San Diego, California, to take part in the Tony Gwynn Legacy.

The Utes first test will come against Fresno State on Thursday night. The Bulldogs are coming off of a 30-24 season in 2018 and hope to make a run in the Mountain West Conference this year. Fresno State opened the 2019 season against Utah Valley where rain and postponed games were the story of the weekend. The Bulldogs found themselves heading into Monday’s doubleheader with the Wolverines ahead 1-0 in the opening series.

The host of the weekend tournament, San Diego State, will be Utah’s next matchup as the Utes take on the Aztecs on Friday. San Diego State is fresh off of a Mountain West Conference Championship and a regional appearance at the College World Series. The Aztecs began their 2019 campaign against the University of San Francisco, going 2-1 in the three-game series.

The Kansas State Wildcats will take on the Utes in Saturday’s game after a 23-31 season in 2018. Kansas State began 2019 at Cal State Northridge where they were tied in the series 1-1 heading into Sunday’s game against the Matadors.

Lastly, the Utes will take on the University of San Diego in the final game of the Tony Gwynn Legacy on Sunday. The Toreros went 23-32 last season and opened 2019 with a 3-0 series win against Wagner.

You can keep updated with the Tony Gwynn Legacy by watching the Utes on the Mountain West Network or following the live stats on utahutes.com. Utah will play at 7 p.m. on Thursday and Friday, 2 p.m. on Saturday and 3 p.m. on Sunday.