Getting the Best Price for the U: UTA Charges UVU and BYU Less for Student Transportation Passes 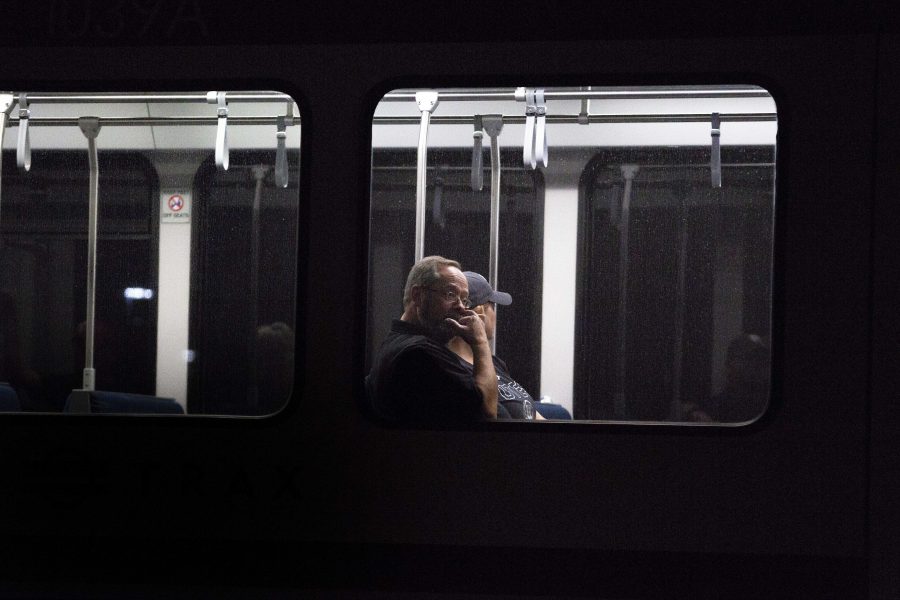 After paying more than $100 annually in mandatory transportation fees, thousands of University of Utah students use their UCards to board TRAX and buses on a daily basis. The school uses a portion of these fees to pay for annual Utah Transit Authority passes for each of its students and employees.

U officials are worried the school may be paying more than its fair share in its contract with the agency, though, compared to other institutions.

In December 2017, Utah Valley University and Brigham Young University announced new 10-year contracts for public transportation passes with UTA. Less than a month later, the late Brent Taylor — then a UTA Board member and mayor of North Ogden — told The Salt Lake Tribune that he felt the contracts with UVU and BYU charged far too little per annual pass.

According to documents obtained by The Daily Utah Chronicle, BYU pays $18.18 per annual pass and UVU pays $22.22.

“As soon as that came out, we immediately called UTA and said, ‘Hey, we want to talk here, because clearly this doesn’t seem right.’ Clearly, we’re paying considerably more than they’re paying,” said John Nixon, vice president for Administrative Services at the U.

The U, BYU and UVU aren’t the only Utah colleges and universities participating in what UTA calls its “Education Pass Program.” Weber State University, Salt Lake Community College and Westminster College participate as well. Each school pays different prices per pass. Some get more benefits than others.

After Salt Lake Community College, BYU pays the second lowest price per pass of the six schools. UVU pays the fourth lowest after Westminster. These two are the only schools that are authorized to give passes to the dependents of students and employees.

WSU paid $45.66 per pass during the 2018-2019 school year. It is the only school whose contract does not allow it to offer UTA passes to part-time employees or students. The rest of the schools provide passes to all students, faculty and staff.

Students at each school are burdened with different proportions of their respective institution’s public transportation costs.

The U charges $58.35 per semester, or 10.4 percent of total student fees, for transportation. Some of this pays for shuttle buses that run on campus, but the rest goes toward purchasing each student’s UTA pass.

At BYU, however, students aren’t charged for UTA passes at all.

“The university carefully considered the needs of the members of our campus community and the benefits to them and to our surrounding community by offering free UTA passes,” said BYU’s student life vice president Jan Scharman. “We determined that it was important enough that we internally found funds to support the contract.”

Students at Westminster similarly don’t pay a fee for their passes.

“To eliminate emissions from campus commuting and to free up parking, the college works with UTA on a yearly basis to provide premium transportation passes free of charge,” said Westminster’s president of Finance and Administration Curtis Ryan.

SLCC pays for UTA passes with three sources — a $3.50 per semester student fee, parking fees and education and general expenses funds, which come from both tuition and money allocated by the Utah State Legislature.

To pay for the passes at UVU, all students pay a $6.54 fee per semester, and students buying parking passes saw prices for those permits increase by $25, according to UVU’s vice president of Finance and Administration Val Peterson.

This amounts to every student paying approximately $15.22 per year.

Correlating with the highest cost for UTA services being assigned to the U, its students are yoked with the most expensive transportation fee. While U administrators don’t challenge the school’s place in paying the most, they think the gap between it and other schools could be narrowed.

The U’s Nixon and Alma Allred, who is the executive director of Commuter Services, said U administrators met with UTA officials, including former president and CEO Jerry Benson, after the prices paid by BYU and UVU went public.

“The main thing they said was that it’s based upon the service to campus,” Nixon said. “We have a light rail that comes up here. We bring several thousand people a day — between eight and 11 thousand — and so we have a lot more options and a lot more ridership.”

He said UTA officials also told them that other universities pay more than the U in terms of the cost per ride.

“One of [the factors] is how many people use it — how many seats arrive on campus,” Allred said. “For example, about 92 percent of all of UTA’s seats hit the University of Utah campus. About 7 percent hit BYU.”

He also said, “So, although they have a lot of people, they don’t have a lot of choices to get there. […] That’s probably the biggest differential is the number of rides that actually end up at the campus versus what ends up at UVU or BYU.”

Nixon feels that despite UTA’s argument that the U has higher levels of ridership and service, the U’s price still doesn’t add up.

According to a statement from the UTA Board of Trustees, the agency is aware of the differences in service provisions in its contracts with higher education institutions, but “is closely examining these partnerships which were formed at different periods of time, each with different dynamics and circumstances.”

“UTA also understands there are concerns regarding agreements currently in place,” the statement said. “With regard to the University of Utah, UTA provides multiple modes and routes to the U to extend the best possible service to students, faculty, administrators and visitors.”

In comparison to other schools, there are significantly more bus and TRAX routes that transport students to the U’s main campus. Approximately 18 routes connect to the U, while two travel to Westminster, six stop at UVU, four go to BYU, eight stop at WSU and a total of nine take students to SLCC’s four campuses.

In 2018, the Utah Legislature voted to restructure the UTA board by eliminating the part-time, 16-member board and replacing it with a full-time, three-member board. According to its statement, that new board is currently reviewing existing contracts and is communicating with schools, including the U, “to update the university’s current transit needs and determine how to best align and adapt this partnership going forward.”

Nixon corroborated that UTA has been trying to work with the U. They’re currently in the process of setting up a meeting with the agency’s new management team to discuss their concerns over these issues.

“There is a partnership, there has to be, but clearly we shouldn’t be overpaying. At the end of the day, UTA is subsidizing even our routes. I mean, they’re subsidizing pretty dramatically — the state is,” Nixon said. “They’re just subsidizing those guys a whole lot more.”

Allred said the U runs the second-largest transit agency in the state with its campus shuttle system. “When you find out how much it costs to move people around, we are getting a really good deal from UTA. Even though other people are getting much better deals,” he said.

For Nixon, the point of the meetings is to make sure the U is treated fairly.

“We’re part of the state system,” he said. “UTA is kind of a sister agency, we’re all part of the Utah state government. But we want to make sure that [benefits and costs are] equitably distributed.”

Nixon also said, “We want to make sure that we’re on equal playing ground or, at least, there has to be an explanation as to why we’re not. The fact we have a light rail system and everything else leads to that. […] We want to be fair, but we want them to be fair with us. That’s the whole hope.”

“UTA’s Board of Trustees welcomes future dialogue with the university to address any and all concerns and where possible arrive at solutions which are fair and equitable for all parties involved,” the contract said.

All contracts obtained and referenced in this story can be found here.