The 2019 Oscars Ceremony: Trifles and Triumphs 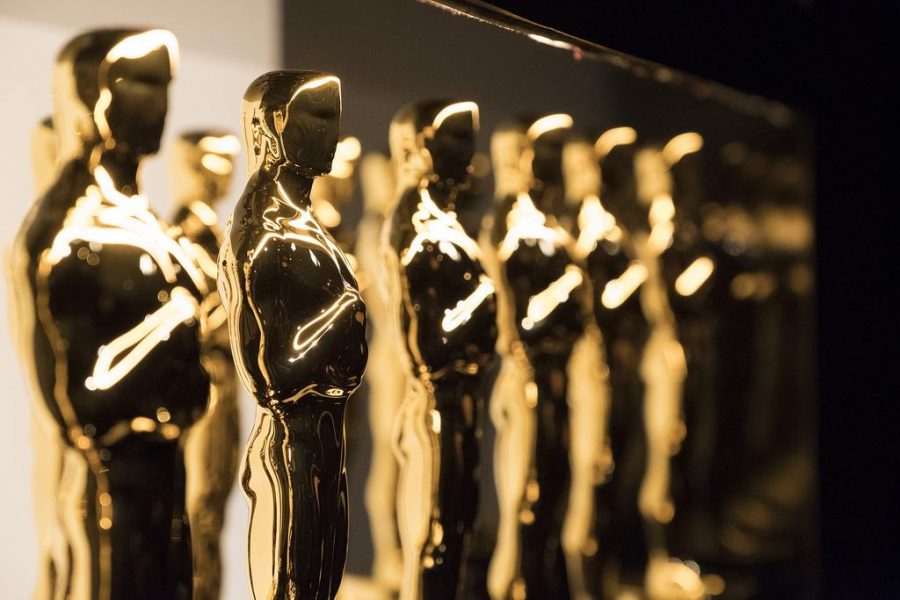 By Madge Slack and Josh Petersen

Slack: As Much a Political Commentary as an Award Show
Well, the Oscars are over. Along with a night of some truly shocking fashion choices, we now have 2019’s winners and a clear precedent set by the Acadamy.

“Black Panther” went home with three awards for Best Original Score, Best Production Design and Best Costume Design. It was a spectacular movie with a message and certainly deserved what it got. Unfortunately, this can be said of nearly all Marvel movies and it took a film about race for the Academy to even take notice of their success. Now, in all fairness, the first Avengers movie was nominated for Best Visual Effects back in 2013 and “Avengers: Infinity War” was nominated in the same category again this year. However, Marvel Studios has produced 20 films with two more scheduled for this year and only three have made it to the Oscars with one taking home a win. Marvel has some less-than-fantastic movies, but if their success rate was really that poor, they would surely be out of business by now.

The winner of Best Visual Effects this year was “First Man” starring Ryan Gosling. It was an impressive film, but anyone who knows anything about CGI will tell you it was no match for Thanos. Speaking of villains, “The Favourite” star Olivia Colman won Best Actress. When this film named itself a dark drama it wasn’t kidding. Next to women such as Lady Gaga (“A Star is Born”) and Yalitza Aparicio (“Roma”), this win was unexpected. In contrast, the win for “A Star is Born” for Best Original Song with “Shallow” was very extremely expected. In fact, Gaga is well on her way to an EGOT (Emmy, Grammy, Oscar, Tony). Once again, the Academy may have been hasty in awarding a song with the lyrics “in the shallow shallow” repeated six times over and “oh, oh, oh, oh, woah!” for its originality. Next to films like “Bohemian Rhapsody,” featuring some of the greatest hits of all time, this choice is particularly poignant.

“Bohemian Rhapsody” was unquestionably a winner, taking home four Oscars — more than any other film. Rami Malek won Best Actor for his portrayal of Freddie Mercury. The film also won Best Sound Editing, Best Film Editing and Best Sound Mixing. Basically, they knew what they were doing when it came to music in a movie about music. Not terribly surprising and yet comforting to know you can win just for being good at what you do. Alfonso Cuaron (“Roma”) is also good at what he does. If you read our review of “Roma,” you will find we did not agree with his directing choices, but a movie about domestic workers could not simply be ignored. “Roma” also received the award for Best Foreign Film and was a triumph for Netflix’s first Oscar appearance.

Also not to be ignored, “BlacKKKlansman” took home Best Adapted Screenplay. Spike Lee did an amazing job with this film and handled some very complex racial issues in a way that is both entertaining and impactful. “Green Book” was also very popular for its handling of the racial issues, although it is more controversial as a winner. “Green Book” won the coveted Best Picture, Best Supporting Actor and Best Original Screenplay. The controversy lies in the idea that Tony Lip, a white driver, saves Dr. Don Shirley, a black pianist. The acting was inarguably good. This failing is entirely script based. Although, Tony is set up in the story as the doctor’s driver and quasi-bodyguard.

The Oscars have definitely set a precedent following the film industry’s trends of #MeToo. Minority representation was front and center this year, and we wouldn’t be surprised if next year is especially female. Naturally, it is important to recognize films which better us as a society and push us to grow to greater understanding so long as it is not at the expense of good movies.

@slack_madge
Petersen: A Really, Really Small Step in the Right Direction
By all accounts, this year’s Academy Awards should have been a disaster. The Academy introduced and then abandoned a Best Popular Film category, failed to find a replacement after Kevin Hart resigned in a controversy over homophobic tweets and floated ideas to shorten the ceremony, including less musical performances and handing out certain awards over commercial breaks. The last two proposals were backtracked after public outcry, but the damage had already been done — it seemed like this year’s Oscars had no idea how to make devoted fans happy while also engaging the larger public.

Maybe it was the benefit of low expectations, but the ceremony was actually decent television. The broadcast improved without a host, instead relying on charismatic presenters — highlights included Tina Fey, Amy Poehler, Maya Rudolph, Melissa McCarthy, Brian Tyree Henry, John Mulaney and Awkwafina. Meanwhile, the briskly paced (by Oscars standards) show provided some genuinely exciting moments. Ruth E. Carter and Hannah Beachler became the second and third black women, respectively, to win Oscars outside of the acting categories for their work in “Black Panther.” Spike Lee won his first competitive Academy Award and gave both an impassioned acceptance speech and an aggressive hug to presenter Samuel L. Jackson. Lady GaGa and Bradley Cooper gave an intimate performance of “Shallow” that launched countless memes. Perhaps most exciting, Olivia Colman won Best Actress in a shocking upset, beating category favorite and perennial nominee Glenn Close. Best Actress was especially heavy with talent this year, but Colman’s brilliant performance stood out, as did her daffy, ridiculously endearing acceptance speech. For most of the night, the Academy Awards was competently entertaining, enough to win over a few skeptics. “Maybe,” I thought, “the Academy has a handle on this after all.”

Then, the ceremony threw away most of its goodwill by awarding Best Picture to “Green Book.” Beyond the many well-documented controversies associated with the film, “Green Book” is just mediocre filmmaking. It lacks the sharp writing of “The Favourite,” the singular point-of-view of “BlacKkKlansman,” the impeccable craft of “Roma” or the crowd-pleasing verve of “Black Panther” and “A Star is Born.” Its depiction of race relations is simplistic at best and actively harmful at worst. In no way does it represent the potential of filmmaking as an art form, nor does it break any new ground.

“Roma,” another serious Best Picture contender, actually did feel like a major step forward. Set in Mexico City and written entirely in Spanish, the film won acclaim and passionate fans even though (or, more likely, because) it didn’t feel like a typical “Oscar movie.” The film was released on Netflix, and it’s possible that industry anxiety over Netflix’s role as a film distributor denied a win for “Roma.” By awarding “Green Book,” the Academy ignored a genuine artistic achievement and stubbornly looked to the past. “Green Book” could have been made 30 years ago, but Hollywood has changed significantly since then. The #MeToo movement has exposed the legacy of abuse and deep inequities in the film industry, but “Bohemian Rhapsody,” directed by accused pedophile Brian Singer, won the most awards this year. Increasingly diverse audiences demand increasingly diverse films, but the creative team and producers behind “Green Book” are almost entirely white. Fans experience cinema through a variety of mediums, yet the Academy is wary of acknowledging that shift. This year’s ceremony proved that there is still vivacity in this 91-year-old institution. But, as they have done time and time again this year, the Academy sabotaged any hope of good will. The more things seem to change, the more they stay the same.