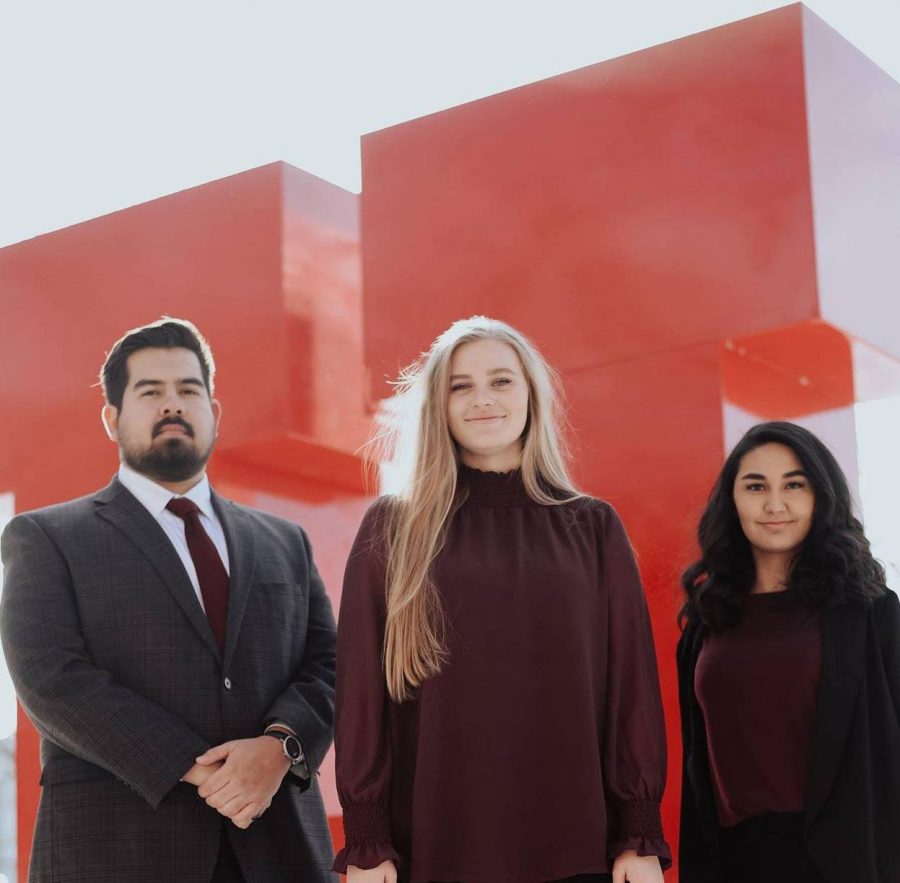 (Courtesy of the Barnes Ticket)

In this year’s ASUU elections, one major race feels especially anticlimactic. The race for the ASUU executive branch, which includes the student body president and two vice presidents, has only one candidate: the Barnes Ticket. Anna Barnes is running for president, Latifa Yaqoobi is the candidate for vice president of university relations and Gabe Martinez is running for vice president of student relations. Because these students are running unopposed, it may seem like this race is one to tune out. However, when the Barnes Ticket takes office next school year, they will represent a notable shift in ASUU government. Two of the candidates are people of color, two are women and none of them are white men.

Dwelling on this fact will probably make many students, even liberal ones, uneasy. Nobody wants to be solely reduced to their gender or race and this kind of identity politics bean-counting can quickly turn to tokenism. It is important to elect the right candidates for the job and it should not matter what a person looks like. All three candidates are experienced and qualified. Martinez has held leadership positions at the Office of Orientation and Transition, Yaqoobi is a McNair Scholar conducting her own research and Barnes has been heavily involved with the Hinckley Institute of Politics. All three have years of experience in ASUU. Already, they have presented several concrete, sensible proposals to improve the University of Utah. Martinez, Yaqoobi and Barnes can certainly stand on their own merits and maybe it is wise to leave it at that.

Still, the diversity of the Barnes Ticket feels significant. The truth is, most students are not going to research the positions of individual candidates or even vote in the election. Only a small percentage of people will be directly involved with ASUU or ever meet the president and vice presidents. A significant aspect of these positions is symbolic — both inside and outside of campus, the executive branch of ASUU represents the student body. It is exciting to see leaders that embody an increasingly diverse campus community. Like most universities, the student body at the U has historically been mostly white and male-dominated. In a small but powerful way, the Barnes ticket shows that at the U there is strength in everyone’s diverse experience and backgrounds.

Some of the most pressing issues facing our campus center around gender and race. Since I started attending the U in 2016, there have been constant reminders of this university’s fraught relationship with race. In 2017, Ben Shapiro’s appearance at the U ignited controversy and revealed the deep political divides among students and emboldened far-right, racist ideas on campus. Advertisements from white nationalists have regularly appeared throughout campus. In a school where white students still make up a substantial majority of the campus population (as of 2018, about 68 percent of undergraduates are white), too many students of color feel unsafe and devalued. The tragic murder of Lauren McCluskey emphasized the role of domestic violence that affects the lives of many students, primarily women. Many institutions on campus failed to protect McCluskey and adequately respond to the concerns made by peers and coworkers. For many, this incident exemplified a system where women are minimized and disbelieved, often with dire consequences.

These candidates cannot and should not be expected to solve these issues which have existed since the U was founded in 1850. In most areas, ASUU has limited jurisdiction over changes in university policy. Still, it is exciting that our next presidency will viscerally understand what it is like to be a woman and a person of color at the U.

Already, the Barnes Ticket is off to a promising start before they even take office. In a campaign video, they offered a set of promising ideas to improve the university. Their platform focuses on mental health issues, which increasingly affect college students and young people in general. Their ideas include increased access to health services, required mental health awareness training for ASUU student leaders and reduced wait times for university counseling services. They also propose introducing a “how to” guide for navigating student government, increasing STD testing and flu shots and providing more funding for student organizations. Of course, addressing these issues is easier said than done, but the Barnes Ticket has demonstrated an awareness of major problems and a willingness to help marginalized members of the campus community. It is exciting to see a diverse presidency ready to lead the student body. It is even better if that presidency can inspire effective change.