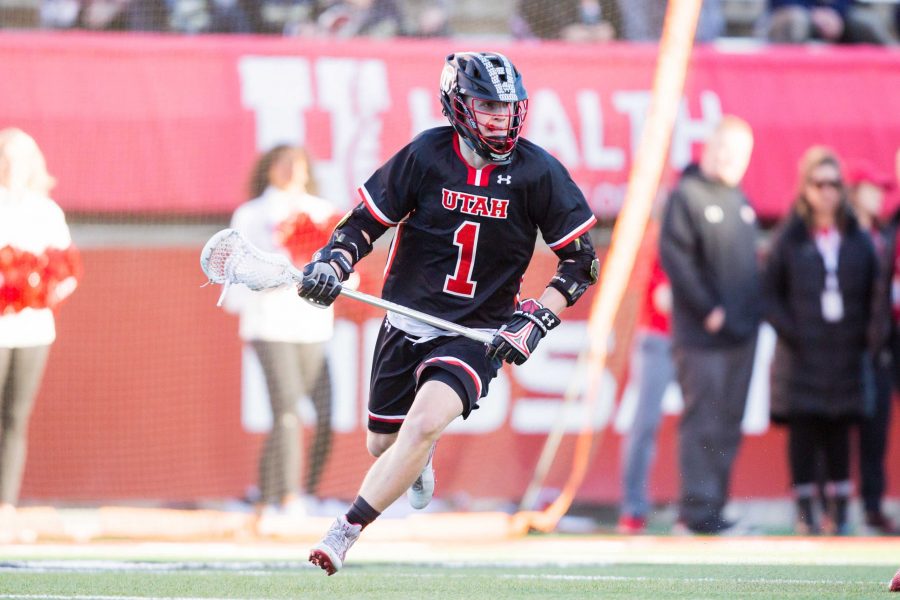 The score was low, but in the end, the University of Utah men’s lacrosse team came out on top against the Furman University Paladins, 8-7.

The win brings the team back to .500 overall and gives them their first winning streak this season, having defeated the Air Force Academy just last week. This low scoring affair is one of a few games of such criteria that the Utes have played, and save the occasional blowout loss, the consistency that head coach Brian Holman spoke of earlier in the season is, seemingly, coming to pass.

The Utes had an uncharacteristically fast start to the game, scoring four goals in the first quarter. The only time they’ve started hotter than that was in their first win of the season, scoring five in the first quarter against the Mercer Bears. Having a considerably weaker defense than offense, the team would have to do what they have little experience in at the D1 level — defend a lead.

One of the ways they did that was to keep the offense coming. The team led 4-0 after the first quarter and would tack on two more goals before the Paladins struck back. Furman’s Jarrett Birch opened the scoring for the Paladins, netting his first of two goals past Utah keeper Liam Donnelly. Utah would answer right back before heading into halftime with a 6-2 lead.

From there, the pace of the game belonged to Furman outright. They dominated Utah on both sides of the field, making quick transitions and putting a flurry of shots towards the Utah goal. The Utes could only wait on the clock, as the Paladins brought it to within one goal with minutes left to play. Thankfully for the Utes, the time ran out and the team was able to celebrate their second win in as many games.

Despite being ahead early and keeping Furman off the board for much of the game, the Paladins would have won had the game been five minutes longer. They were pouring on offense in the waning minutes of the game, and Holman acknowledged that following the match.

On offense, there was no shortage of production in the first three quarters. Josh Stout scored another hat trick, bringing his total up to 23 on the season. Stout has yet to be held off the scoresheet in 2019, and while his production is leading the nation, the Utes could benefit from spreading the offense out across the attacking front. James Sexton and Branden Wilson currently hold second and third in total goals, with five. That’s an 18-goal differential between Stout and the guy in second place, which can speak to Stout’s natural scoring ability but can cripple the Utah offense if defenders can shut him down.

Utah will look to make it three in a row when they host Bellamine at home on Saturday, March 9 at 1 p.m. in McCarthy Stadium at Judge Memorial High School.