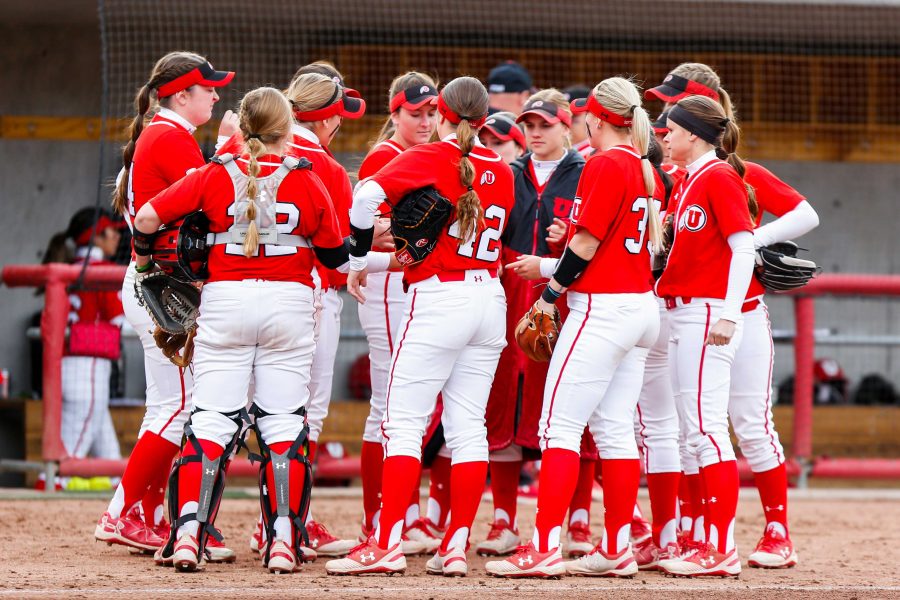 Utah Softball split the Grand Canyon Tournament 2-2 this weekend, ending a 7-game losing streak and getting two big wins to close the tournament.

In the first game of the series, the Utes picked up an early lead on Friday morning against Iowa State. The lead did not last long, as the Cyclones put six runs on the Utes in the fifth inning, ending the scoring for the game.

Katie Faulk’s third-inning home run opened the scoring for the Utes, followed by three RBI’s from singles as the Utes held a commanding 4-1 lead by the fifth inning.

The advantage quickly fell apart as a stream of hits gave the Cyclones six runs in the top of the fifth. A fly ball error gave a triple and two runs to the Cyclones, leading them to a 7-4 win over the Utes.

A similar pattern followed in the second game of the day, as the Utes built up a 6-4 lead over Grand Canyon University in the first four innings. The fifth inning was their downfall, however, as GCU hammered in three runs to win the game 8-6.

The Utes, down 4-0 in the third, opened the scoring with another homer, this time from BreOnna Castaneda, who brought in three runs. Utah then put in three more runs over the third and fourth innings, all brought in on doubles to left field.

The effort was lost, however, as GCU hit two homers off Hailey Hilburn in the fourth and fifth innings to put the game out of reach.

Saturday morning proved to be better for the Utes as they blew out Northern Colorado 7-0 in an efficient win. The win also snapped the Utes’ 7-game losing streak that began as Alyssa Barrera hit a grand slam in the third inning to put the Utes in front, followed by two more homers from Ally Dickman and Faulk in the sixth to round out an impressive hitting display. The Utes put in seven runs on only eight hits, taking advantage of everyone on base.

Utah’s pitching was clinical, as four pitchers combined to give up only four hits and pitch a shutout against the Bears. Jess Lynch picked up the win, which was her first of the season.

Saturday afternoon held Utah’s best win of the weekend, as the Utes took down South Dakota 5-1 with a dominant performance.

Utah’s runs came early, as Ellessa Bonstrom batted in one run in the first and Faulk hit a two-run homer in the second. Bonstrom was later hit in by Alyssa Palacios to give the Utes a strong 4-1 lead in the third.

The score remained unchanged for most of the game, as Sydney Sandez came in for three innings and only allowed one hit to close out the game. Her performance was backed by another win from Jess Lynch and Utah’s pitching played another strong game to hold out against South Dakota.

The two weekend wins put Utah at 7-12 heading into next week’s Spring Fling Tournament in Hawaii. The Utes will open the five-game series against St. Bonaventure on Saturday, March 9 at 1 p.m. MST.