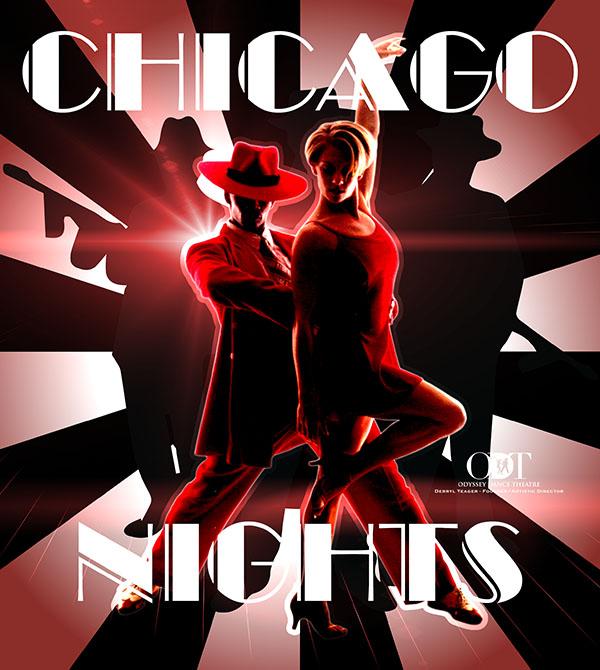 (Courtesy of the Odyssey Dance Theater)

By Hannah Keating and Christopher Payne

The Odyssey Dance Theater will bring Chicago to life in the midst of the roaring twenties with “Chicago Nights.” Prepare yourself for the mobsters, violence and jazz of the 1920s presented through dance. This work is directed and produced by Odyssey’s own Derryl Yeager and promises to thrill. Tickets are $25.50.

Have you ever wanted to watch the star-crossed lovers to the rhythm of hip hop? Join the Odyssey Dance Theater this week for Shakespeare’s classic work with a modern twist. With choreography by Eldon Johnson, Derryl Yeager and two dancers from “So You Think You Can Dance,” Ashleigh and Ryan Di Lello, these nights are sure to be memorable. Tickets are $25.50.

From the tale of an 1869 expedition, “Men on Boats” takes old stories and tells them with women front and center. The small but mighty cast reimagines the history of the Colorado River, from the eccentric captain to his loyal followers. Free with a student ID.

Throughout the week, the Office for Equity and Diversity will be focusing on the problems facing women in modern America. Stop by for the Women’s Leadership Summit March 5, a dialogue on the International Tolerance Project March 5, Gabby Riviera’s Keynote Address March 7 or one of the many other events this week. All events are free to students.

“The Magic Flute” is Mozart’s mystical opera, featuring the trials of a young princess and a prince sent by the famed Queen of the Night. This iconic work, through the magical world it paints, looks at the nature of love through the turns of life.

“La Cage,” as Pioneer Theatre Company’s seasonal concert production, is a comical and chaotic spectacle about two partners who run a French nightclub. Tickets are $5 at the door with a student ID.

Aziz Ansari comes to the U this March as part of his “Road to Nowhere” stand-up comedy tour. Prepare for a night of laughter with this Golden Globe winner and all-around TV star. The show starts at 7:30 p.m. with no late seating. Get your tickets quick as it is already nearly sold out. Tickets are $35-$65.

Designed to feature the works of U student composers, this event will premiere original compositions of all stylings and forms by members of the School of Music. Free.

The University of Utah’s own School of Dance presents the Modern Senior Concert II. Come and see four plus years of hard work pay off for these students. They’ll be bringing all their training and talent to the table for this spectacle. Free with a student ID.

Join Crimson Gaming for a night of mystery gaming. Bring your squad and test yourselves in a tournament of eight games, ranging from arcade classics to modern hits. It’s $15 for admission and food all night long, 5 p.m. to 3 a.m. Sign your team up here and bring your A game.

The fourth annual showcase presented by the School of Music’s Student Advisory Committee, the SOME festival will feature diverse performances and talents from across the student body. Free.

See U students show off their talents at the Spring Modern Student Concert. The performances begin at 5:30 p.m. Free with a student ID.

Gina Chavez is a bilingual singer-songwriter who expertly combines the musical stylings from her multiple cultural heritages. With a five-piece band, she blends the genres of cumbia, bossa nova and folk in her newly released album that speaks to the passion in her performance and social activism. Tickets are $5 with a student ID.

Against the backdrop of falling economic conditions in American suburbs and political turmoil spanning a decade, Lynn Nottage’s Pulitzer Prize-winning play follows nine interconnected members of a small manufacturing community. Tickets are $5 at the door with a student ID.