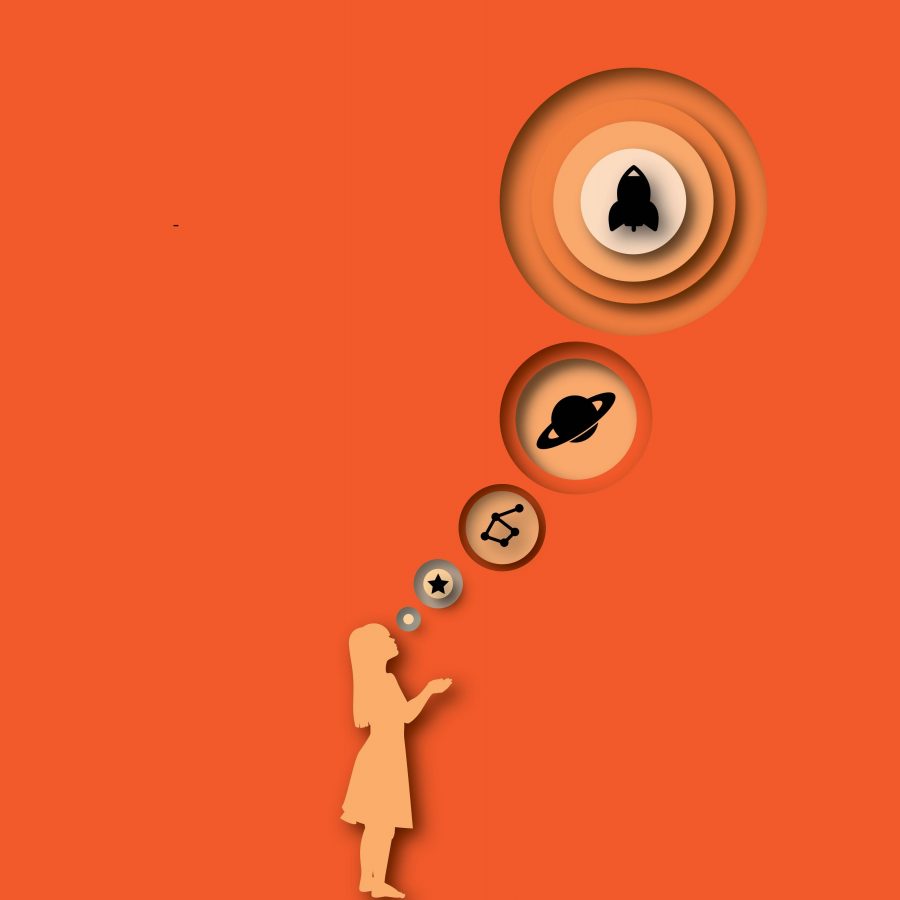 (Courtesy of the Lassonde Institute)

Located here on the University of Utah campus, Lassonde Entrepreneur Institute and its studios are a “nationally ranked hub for student entrepreneurship and innovation at the University of Utah.” Lassonde is a place where U entrepreneurs can work towards their goals and build their new business ventures. Founded by Pierre Lassonde, the institute offered its first programs in 2001. According to its website, Lassonde “provides opportunities for thousands of students to learn about entrepreneurship and innovation.” This unique opportunity provided at the U is a rare and special gift. It allows students to have the support every entrepreneur and small business owner only wishes for. Lassonde’s mission statement is as follows: “To provide students transformative experiences through entrepreneurship.”

I had the opportunity of interviewing Hillary Whitaker, U graduate student in accounting and information systems and creator of CurieWear, a product she began in 2016 with the help of the Lassonde Institute.

Named after Nobel Peace Prize recipient and creator of the x-ray Marie Curie, CurieWear is a female infant clothing line dedicated to creating feminine cut and colored clothing while using STEM-based prints and themes. For example, a little toddler dress will have all the appropriate cuts to make it adorable for a little girl, but she will be able to sport dinosaur- or galaxy-based prints. Whitaker herself designs the prints, creates the patterns and then sews together the dresses, tops or even coveralls. The clothing is both adorable and dual-purposed, giving little girls the chance to express interest in cars and solar systems through their clothing.

How did it start?

“I loved space. I wanted to be an astronaut,” Whitaker said. She had a love of the sciences from a young age and into motherhood. Once she gave birth to her daughter, Whitaker started noticing the lack of girl’s clothes with dinosaurs, cars, rocket ships or other items that were often labeled as male.

“There was nothing,” Whitaker said. So, instead of just settling for a cliché outfit, Whitaker said, “I decided to make my own!” When asking her daughter what her favorite animal was for a dress theme, her daughter said a dinosaur. Through Whitaker’s talent of sewing and innovation, she created an adorable dinosaur dress for her daughter. This was all she intended to do in the beginning: Simply create outfits for her daughter proven to be impossible to find elsewhere. Once she started taking her little girl out and about in her now-favorite dinosaur outfit, Whitaker kept receiving positive comments. In grocery stores, random people would stop Whitaker and say, “Oh my gosh! Where did you get that dress?” People were in love with the outfits and began asking where she had bought them. After explaining that she had made them herself, the admiring individuals began asking for STEM outfits for their little girls. Almost without knowing it, Whitaker became an entrepreneur.

As she continued to soar with her new business, Whitaker had to make sure that what she wanted to project with her new product and what the product actually projected were the same message. She wanted girls to still have their girlish clothes. Whitaker focused on her belief statement: “There is nothing wrong with being a girl.” Whitaker kept true to feminine trends for all those parents wanting these STEM outfits for their daughters with girly cuts and materials like tulle to create puffy dresses.

Where does the motivation come from?

It’s easy to guess where Whitaker’s inspiration for CurieWear comes from: her own daughter. Whitaker wants to ensure her little one doesn’t feel she can’t project her passion for science or other topics that are actually gender-neutral. During her childhood years, Whitaker said, “I had one Barbie and a rocket kit. I would attach her to the rocket and would launch her into space.” She had a love for science, space and more. Gender-biased clothing didn’t allow her to express those passions without presenting a tomboy style. While that is all well and good, it wasn’t quite the look Whitaker was going for. Having grown up without this kind of product, Whitaker believed it was a trend worth changing as soon as she had her own daughter. Now, Whitaker explained how in her current stage of life, she “secretly wants to dress like Ms. Frizzle [from ‘The Magic School Bus’].” She wants to enjoy her science-based space clothing with a cute flare. Topics like these are not meant exclusively for males, and basic patterns and prints shouldn’t be limited to boyish clothing. As Whitaker said, “Every girl needs a rocket ship dress.”

One of Whitaker’s goals for CurieWear is dropping prices. Whitaker said, “I want every girl to have one of these.” This goal hinges on finding a manufacturer. Between her final year of graduate studies at the U and starting this business, Whitaker was busy. She decided to cut back on the number of dresses she was making during the school year to give her more time to focus on her studies. The dresses take so much labor and time, and since they are handmade, the price has to reflect that. In the beginning, Whitaker was charging $50.00 per dress. “I thought my prices were crazy,” she said.

In an effort to limit the amount of business she received during the school year, Whitaker said, “I bumped up my price to $70.00,” and nothing changed. The demand for these dresses is so extreme, especially with the family population here in Salt Lake City. Whitaker raised her prices to $100.00 per dress, hoping people would stop ordering as many, ultimately allowing her to focus on finishing her education. Whitaker charged what she knew was an outrageous price for a baby outfit. The increase in prices, yet again, didn’t stop anyone. “I just had to pull stock,” Whitaker said. Whitaker now has her product listed on Etsy as being out of stock in an effort to stop sales while she is in school. She can’t ignore the demand for her product, though, and will be opening up shop again at the end of the semester.

After listening to Whitaker’s story and passion for her business, she finished off by sharing, “I want people to know you can send any message you want out. You are constantly projecting yourself. The goal of CurieWear is to project and love yourself.” Do what you can to share your passion. Don’t let societal norms stop you from creating your own rocket ship dress.

You can find Whitaker’s work, CurieWear, on Etsy at www.etsy.com/shop/CurieWear. Online purchasing and ordering for her product start again in late April or early May. You can also follow her work on Instagram @curiewear.