Gordon and Connie Hanks: The Hearts of Jazz in SLC 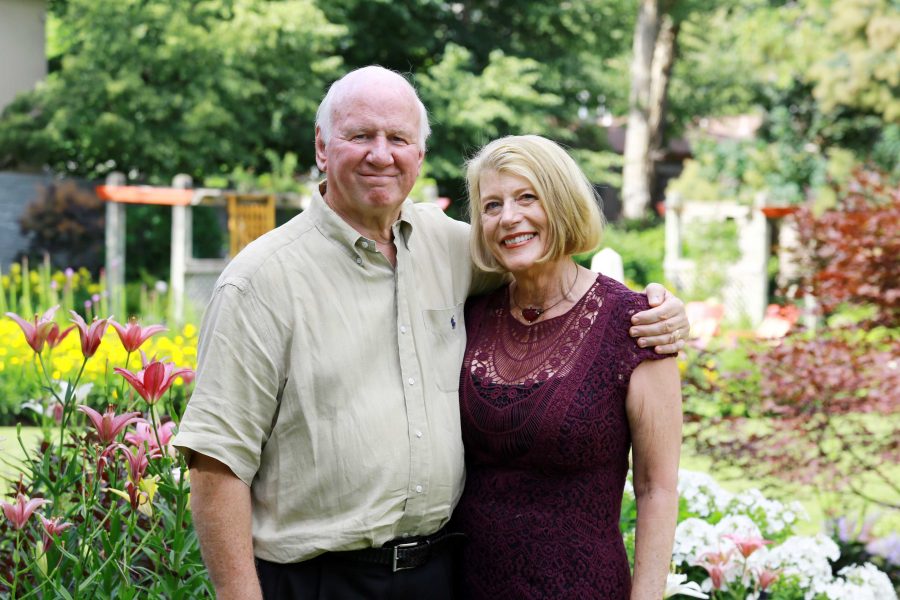 Gordon and Connie Hanks (Courtesy of the Hanks)

Gordon and Connie Hanks live, breathe and love jazz music. They are appropriately dubbed “icons of the Salt Lake jazz community” and have been working their entire lives to bring wonderful music to life here in the area. Both alumni of the University of Utah, the Hanks are the force and minds behind the JazzSLC concert series and owners of the GAM foundation. In October 2018, the Hanks were recently honored at the Camerata Awards, hosted by the School of Music, for their contributions to jazz at the U.

Gordon Hanks first fell in love with jazz music in the most unexpected of places. A sophomore at Granite High School, he was a part of a music appreciation class in 1960. The first album played in that class was from Ahmad Jamal Live at Pershing. From there, it was love at first listen for Hanks.

“That single musical experience changed my life forever. I began seeking out and listening to this wonderful art form and listening to the ‘Bowen All That Jazz’ program Monday through Friday on KSL Radio, from 10 p.m. to midnight,” he said. From this moment on, Hanks immersed himself into the art of jazz music. When he grew up and met Connie during their undergraduate experience at U, she fell in love with the genre too.

As their appreciation and devotion grew, they realized there wasn’t much of a scene for jazz fans in Utah. They decided to do something about that, and Gordon founded the JazzSLC concert series in 1995. The non-profit concert series is funded and produced by the GAM foundation and it took off immediately. It quickly developed into a nationally recognized series for jazz musicians and fans everywhere. In the 23 years since the series began, various jazz greats have come and performed at the Capitol Theatre. This program not only fostered Gordon’s own love for the genre, it also raised awareness and appreciation in the community.

Reflecting on his time with JazzSLC, Hanks finds himself nostalgic. Even after all these years, he’s still a young kid who fell in love with jazz music. “The most wonderful thing about this is 35 years later when we started JazzSLC, I was able to bring in these jazz legends to our series here in Salt Lake City,” he said.

The Hanks consider jazz to be America’s music. “Jazz is truly America’s indigenous art form. It is derived from Western European classical music and African culture. Its roots are multicultural, as are America’s roots. Jazz was born out of and evolved through the African American experience in America. It evolved from slave songs and spirituals, where it got its rhythm and blues feel. Its birthplace was about 100 years ago in New Orleans, but quickly spread and developed in cities like Chicago, New York and Kansas City as musicians from New Orleans began to tour,” they explained.

As the Hanks continue to develop the jazz scene here in Utah, they work through their GAM Foundation, whose main objective is to “increase awareness, appreciation and education of jazz in Salt Lake City” and to make jazz a long-standing staple here. Their on-a-whim concert series has allowed them to expose many different people to the joys of jazz, including students all over Utah. The JazzSLC’s Student Outreach program offers students a $10 ticket to all of the performances.

They said, “It has given us great pride to be responsible for allowing these students accessibility to artists, access not normally seen in a concert setting. Artists who have been part of our series are amazed at the number of young people who not only attend our concerts but also are inspired by the performances of these world-class musicians.”

Learn more about the Hanks and their foundation here.