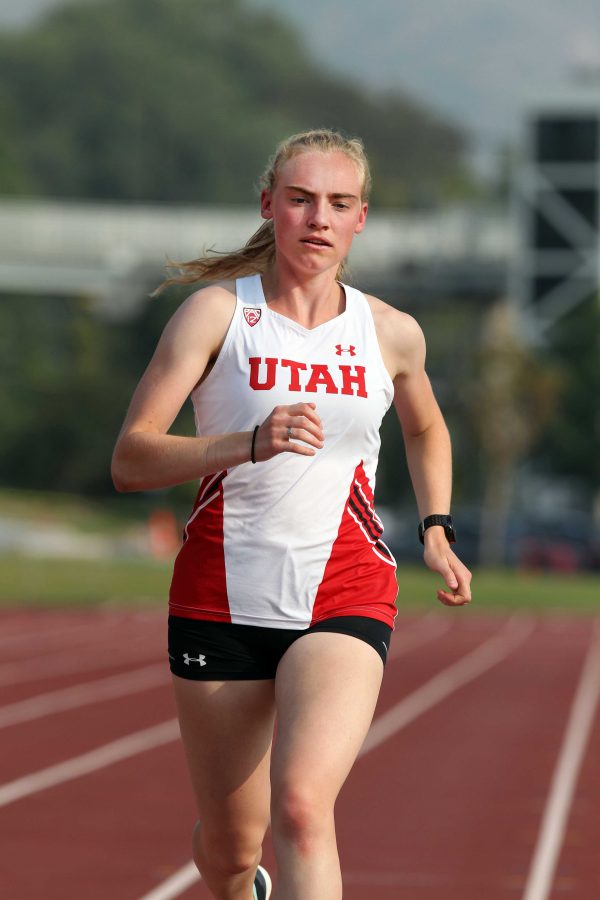 Sarah Feeny represented the Utah track and field team this weekend at the NCAA Indoor Championships in Birmingham, Alabama.

On Friday, Feeny finished fourth in the mile with a time of 4:37.24. Her time became etched in as the sixth fastest in the two heats overall.

“Sarah led a good portion of the race and got eaten up a little bit in the last lap and a half or so, but finished right behind the leaders,” said head coach Kyle Kepler. “I am just really proud of her. She has not been at 100 percent, having a little bit of a cold, but she remained super positive and just kept her wits about her. She did what she always does today. She is a great instinctive racer and that was what happened today.”

“I am just incredibly proud of Sarah,” Kepler said to Utah Athletics. “A year ago she was on a church mission and this year she is a first-team All-American. That is just truly impressive to come back and compete at this level the way she is.”

“Sarah didn’t get a great start but was very patient and managed to may her way up in the final lap,” Kepler said to Utah Athletics. “She was patient and held her ground. She just waited to move up when she could. She was able to save energy and did what she needed to do to become an All-American. She showed her instincts and savvy, and I could not be more proud of the kid and what she means to our program.”

The Utes will take on the University of Southern California Trojans next weekend as Utah opens its outdoor track and field season in Los Angeles on Saturday, March 16.

Last season, USC finished first in the country in the USTFCCCA rankings and second in the coaches poll. The women of Troy also won the women’s track and field Pac-12 Championship in 2018.

Utah will have its hands full this weekend in Los Angeles, but Feeny, the newest Utah All-American, will lead the charge for the Utes.