Should Professors Curse in the Classroom? 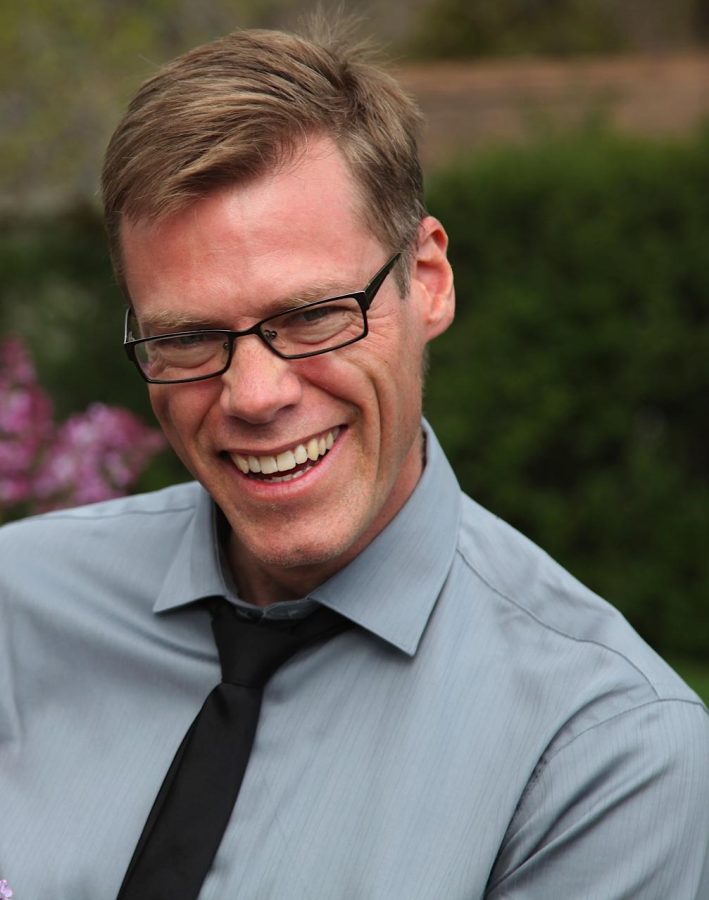 Whether or not you felt included in the conversation, we as a society have decided certain words are unacceptable to say — the types of words requiring asterisks in print and bleeps on television.

Many years ago, as a bright and beaming middle schooler, I said “crap” in passing in front of my parents. This wasn’t the first time I let slip a swear word — in this case, a tame one — in front of my mom and dad, but it was the first time I made a case for using them in conversation. See, I was never fed the “bad word” narrative. Instead, my parents described swear words as inappropriate and adult. They were words for grown-ups, not children.

I’ve since grown up, supposedly, and my relationship with my parents has developed into, well, a real relationship. We’ve graduated from groundings and homework to becoming, dare I say, friends. With this closer and more relaxed relationship came more relaxed language. I wouldn’t say my parents were ever shy about using swear words around me, but now they swear without pausing. Casually and comfortably. I still pause, avoiding the words that I believe are the harshest. Ingrained social cues along with genuine respect for my parents keep me from dropping f-bombs as casually and often as I do with friends.

While specific swears and slurs evolve to reflect the modern values of society, the stigma around using them is pervasive. But swearing is not without purpose. Swear words are imbued with emotion, which is why they are so powerful and trigger such an emotional response. “They are the most emotionally resonate words in our language,” said University of Utah professor Randall Eggert, who teaches a class called “Bad Words & Taboo Terms.”

Due to their emotional nature, swear words are most useful for expressing strong emotions. “I swear primarily when I am venting about a frustrating or difficult situation I find,” said Tim Trimble, a U senior studying computer science. “I think swear words are an excellent stress relief. When something has you upset or stressed, there really isn’t anything like letting out a curse word to make that tension seem to disappear.” The tension doesn’t just seem to disappear, according to science. A recent study indicates that swearing reduces how much pain we perceive.

Even just the act of incorporating swear words into casual conversation has a purpose. “There’s a lot of research showing that using taboo words around people you are intimate with — friends, family, colleagues — helps to solidify those ties that you have,” Eggert said. “It’s a way of showing that you feel comfortable with somebody, that you are willing to transgress these boundaries that you wouldn’t with other people.”

Perhaps this offering of comfort is why some students, like myself, find professors who swear in class more approachable and even more likable. Cursing in class often indicates a professor is confident and passionate about their subject. Jordan Schneider, a professor in the City University of New York school system, gives ample reasons for cursing in the classroom in a piece for The Chronicle of Higher Education. Among Schneider’s reasons for cursing in his own classroom are engagement and impact. “I’m encouraging them to find their own voice, to strengthen and develop it. To do that, I have to use my own honest voice, and mine happens to include a lot of words you can’t say on network television. If I have to hold back, they will, too. If I can take risks and speak my mind, so will they.”

Of course, professors can exude confidence and inspire students without resorting to swearing. The nature of taboo words means some students will inevitably take offense in them. Especially in Utah where the dominant religion finds curse words such an abject affront.

An exercise from Eggert’s class, which carries a hefty disclaimer to potential students, indicates that many U students find professors’ use of swear words inappropriate. In the exercise, the class looks at a sentence containing a swear word or slur, then they imagine the sentence used in different scenarios. “Students, in general, found that a professor saying it to a student was highly inappropriate.” Classes typically find the opposite situation, of a student saying the sentence to a professor, is even more taboo than a professor saying it to students.

Even I, someone who swears like a sailor and instantly clicks with others beholden to the sea, understand the need for professional and respectful boundaries. While swearing may make a professor more likable, at the end of the day they are still a professor. “It can create solidarity but it also, in a situation where there’s an inherent power difference, can be problematic,” Eggert noted. “If a colleague of mine says language that I find objectionable, I can call them on it and say, ‘Hey I don’t appreciate that.’ Whereas if somebody much higher than me were to say that same language to me I’d have a harder time objecting to it.”

The power difference between student and professor means the student can’t object to swearing, at least not in the way they could with a peer. When a student feels their professor has stepped over a boundary, trust between the student and the professor evaporates. “They’re going to have to decide whether they can approach the professor directly and say ‘Hey, I found this inappropriate,’ or whether they fear that there could be repercussions for that and need to talk to somebody else,” Eggert said.

“Bottom line,” Eggert said, “I think that it’s always going to be a professor’s choice whether they do that [swear] or not, but they have to understand that it’s going to carry risks with them and furthermore that some students might find it problematic and potentially see it as a form of harassment.” Trimble shares a similar belief. “Teachers are adults, like the rest of students, and have their own free will to say what they wish, as long as it isn’t extremely unprofessional or personally aggressive at students.”