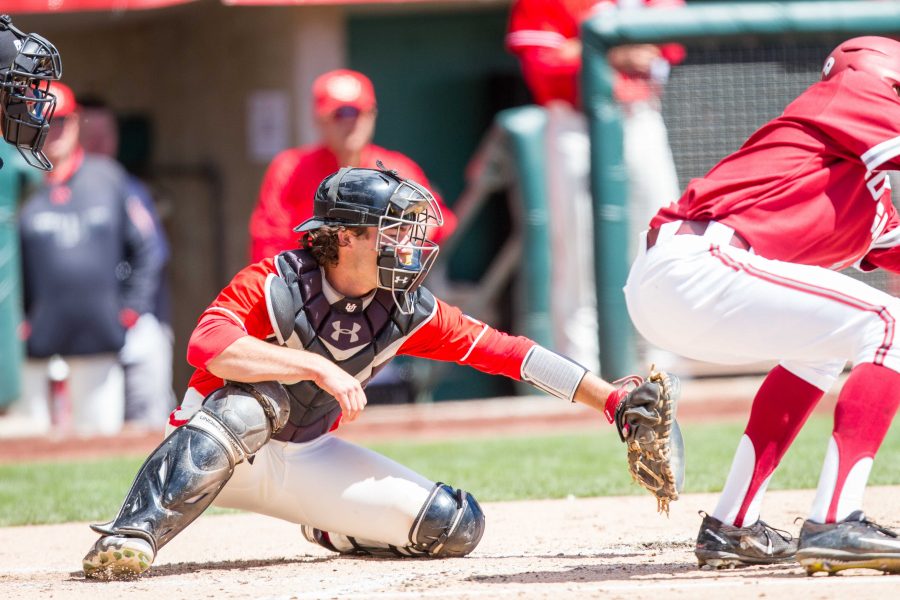 The Utes and the Purple Eagles finally played game three of their weekend series after two earlier games were canceled due to inclement weather. Utah and Niagara ended up playing Monday afternoon at Larry H. Miller Field in Provo, Utah due to field conditions at Smith’s Ballpark.

Niagara got the scoring started when the third baseman, Michael Gabriele, doubled down the right field line, scoring Dawson Bailey.

Matt Richardson began the bottom half of the third inning with a double before an error put Richardson on third and Briley Knight on first. Zack Moeller doubled down the left field line to bring in the Utes first run of the game.

Dominic Foscalina showed great base running when Niagara’s center fielder misplayed the baseball on an overthrow from the catcher. Foscalina stole second base before taking off for third and heading home to put the Utes up 2-1 after four innings.

Moeller got his second hit of the game when he hit a two-run blast to left field in the fifth inning to put the Utes ahead 4-1.

In the sixth, Shea Kramer and Richardson walked to start the inning. After a wild pitch got away from the Purple Eagles pitcher, Kramer moved up to third base, putting runners at the corners for Briley Knight. Knight doubled to the right-field wall bringing home Kramer and Richardson adding to the Utes lead 6-1.

Utah started the seventh inning strong as Moeller had his third hit of the game to left field before stealing second base. Rykker Tom walked two batters later with one out. Chandler Anderson singled to left field, loading the bases for Kramer. Kramer doubled down the left field line scoring Moeller and Tom to extend the Utes lead.

Niagara scored their second run of the game with two outs in the eighth inning. Utah first baseman Kramer bobbled a ground ball, allowing Marty Cole to reach first base and bringing Gabriele to the plate.

Dunn’s push bunt earned him a hit with one out in the eighth to start the inning for the Utes. Moeller was hit on the first pitch he saw in his fourth at-bat to put runners on first and second. Erick Migueles grounded out to the shortstop to move both runners into scoring position as Tom stepped to the plate once again. Tom had a line drive single to left field driving in both baserunners and tacking on more runs to Utah’s lead.

The Purple Eagles gave the Utes a scare by finishing the game driving in four more runs in the ninth.

After the game, head coach Bill Kinneberg said, “We had some okay at-bats today. I didn’t feel like we played real well, but we’ll take the win and move on to tomorrow.”

The Utes finished the game with a victory over Niagara 10-6. Moeller went 3-3 with a single, double and home-run — a triple away from the cycle for the second game in a row.

Utah will take on conference foe Arizona in Tucson, Arizona this weekend. The Wildcats have begun the season 10-6 with wins coming over UMASS Lowell, Rice, Houston, Wisconsin-Milwaukee and the College of Charleston. Last year, Arizona finished sixth in the Pac-12 with a 14-16 season. Arizona is six years removed from a National Championship.

The Weekend with the Wildcats will begin Friday at 7 p.m. and continue on Saturday at 7 p.m and Sunday at 2 p.m.