What to Expect From the Upcoming State of ASUU Address 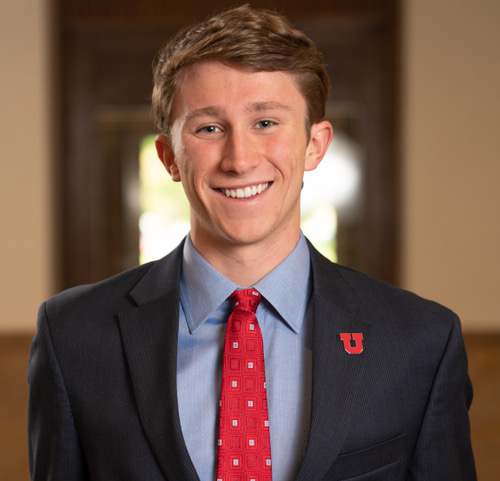 Image courtesy of the University of Utah

ASUU’s 2018-19 Student Body President Connor Morgan will deliver the State of ASUU address this Thursday, March 21 in the Union Ballroom from 1 p.m. to 2:30 p.m.

The event will be conducted as a town hall and will kick off with Morgan providing a summary of his administration’s accomplishments, reflecting on working with student organizations and touching on what to look forward to when the new ASUU administration takes office. Morgan’s speech will also talk about initiatives launched this past academic year and address areas of concern which have imbued the campus environment, especially regarding student safety.

Following Morgan’s address, the floor will be opened for students in attendance to voice their concerns or ideas for ASUU. “We are going to have an open conversation and dialogue with the audience,” said Aryana Vadipour, the director of the ASUU’s Campus Relations Board and an organizer of the event. Vadipour said leaders of student organizations from all over campus have been invited to come with feedback and student affairs to share with the president and ASUU overall.

The student body president’s State of ASUU address is an annual event. This year, Morgan aims to shift the timbre of the event to highlight and increase accountability for more transparency from student government.

“ASUU does not do a good job of reporting back to students on what we have accomplished,” Morgan said. “I really do believe that ASUU does a lot to provide for student well-being for those here at the University of Utah in terms of providing resources, advocating for them [students] to administrators, lobbying for them in a variety of capacities, putting on events, providing services … We just don’t express that to the student body.”

Vadipour said the event also aims to inspire students to become involved with ASUU, citing the most popular, and often only, interactions students maintain with ASUU is in regards to funding matters, “which can be frustrating, and definitely makes folks not want to get involved in ASUU or learn more about what they can do in it,” Vadipour said.

Morgan wants to showcase the accomplishments his administration has achieved, pointing out how proactive they were upon taking office last April. He cited discussions with the U’s Commuter Services about concerns for student safety and expanding U or free lots during early hours. The Morgan administration also successfully increased the student mental health fee to assist further funding to improve financial access and quality of counseling services on campus.

“Starting next year, once the new full-time equivalent employees are hired, the university will be within the recommended ratio by the International Association of Counseling Services for the counselor-to-student ratio,” Morgan said.

Morgan also acknowledged the events which occurred this year, including the incident involving the death of fellow U student Lauren McCluskey.

His administration has taken an active role in promoting campus safety and is currently working alongside the U’s administrators on the Campus Safety Taskforce, which was reinstated this past October in light of the shooting “to address some of the critical shortcomings,” according to Morgan. ASUU has also spearheaded a group — yet to be named — to provide education for students on domestic and partner violence. Working with the Offices of the President and Vice President, ASUU is planning on a public campus safety symposium set for this upcoming April 4.

Denouncing hateful rhetoric was another focus for Morgan’s administration. He referenced the recent incidents involving an anti-immigrant banner hung from the Block U by a classified hate group, as well as other posters hung around campus by a separate group that read “Conquered, Not Stolen” — a nod towards the history of Native Americans. Alongside President Ruth Watkins, ASUU released a statement condemning the hate speech.

Morgan emphasized how important it is to recognize that by just mentioning the names of such hate groups, “we are helping them with recruitment.” ASUU is currently planning an event aimed to confront this concern by possibly bringing in an activist whose work is dedicated to tackling white supremacy.

For students wanting to attend the State of ASUU address on Thursday, Morgan recommends that they “come with an open mind,” and added, “but at the same time, I hope they ask hard-hitting questions.”

More information can be found on the ASUU’s Facebook event page.