Utes Lose to Lopes Before Crimson vs Cardinal Weekend Matchup 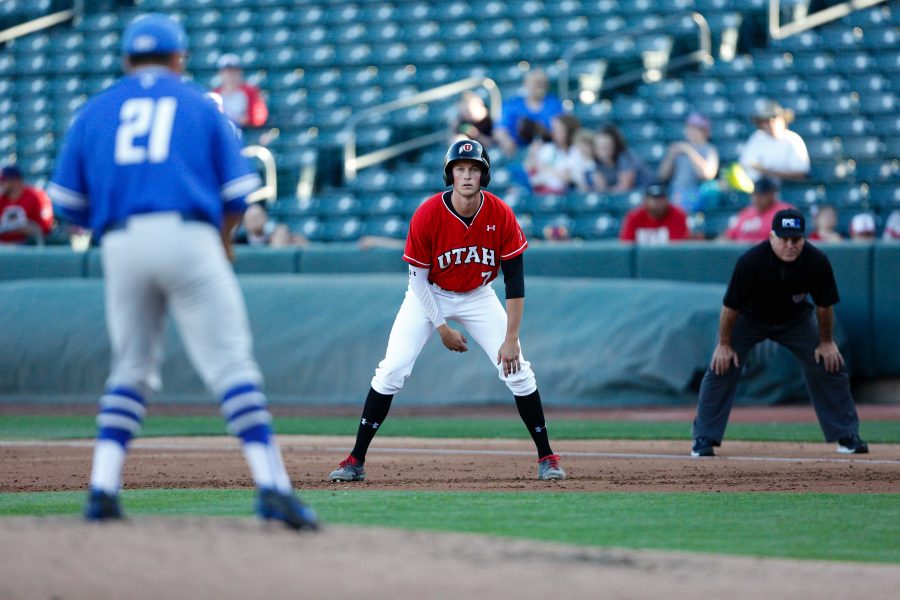 Phoenix was the destination for the University of Utah baseball team on Monday afternoon as they took on Grand Canyon University in a non-conference matchup.

The bats started strong for the Utes as they jumped out to an early lead over the Lopes. Zack Moeller singled to left field, driving in Dominic Foscalina for the first run of the game. Oliver Dunn scored on a wild pitch later in the second inning to put the Utes on top 2-1.

Grand Canyon tacked on three runs in the bottom of the third and fourth innings to take the lead once again. A solo shot along with a two run blast to center field extended the lead to nine for GCU as Utah struggled to get anything going against the Lopes.

As the game ended in Arizona, the Utes found themselves on the losing end of an 11-2 ballgame.

Utah will have their hands full with their next conference foe this weekend in Palo Alto, California against No. 3 Stanford.

Stanford has started off their season with a 12-3 overall record, with series victories over Texas, Cal State Fullerton, UNLV, San Francisco, Pepperdine, Wichita State and Ball State. The Cardinal come into the weekend ranked fourth nationally and are one season removed from being Pac-12 Champions.

Players to watch out for include Will Matthiessen, Andrew Daschbach and Tim Tawa.

Matthiessen is a 6’7 220-pound right-handed pitcher from West Linn, Oregon. Not only is Matthiessen one of Stanford’s go-to pitchers, he is also extremely dangerous at the plate. Last season, Matthiessen batted .293 with seven home runs. His offensive strengths are also paired with a solid pitching stat-line. Matthiessen went 2-1 last season with a 2.00 earned run average (ERA).  He also earned an All-Academic Pac-12 honorable mention.

Daschbach is a 6’3 225-pound utility player from Atherton, California. Last season, Daschbach was on the 2018 All-Pac-12 team while also notching a All-Academic honorable mention nod. Offensively, Daschbach hit .287 with 17 home runs and 63 RBI.

Tawa is a sophomore outfielder from West Linn, Oregon. In his freshman season for the Cardinal, Tawa hit .296 with seven home runs and 41 RBI. He also earned the Collegiate Baseball Newspaper first team freshman all American honor, along with being included on the All-Pac-12 team in 2018.

Coming into the weekend, the Utes are 7-9 (1-2) with their most recent victory coming over conference rival Arizona last Friday. Utah’s bats have been on fire recently, scoring 43 runs in the last six games.

Moeller, a redshirt junior from Hollister, California redshirted last season after having Tommy John Surgery. After a few games to get back into the swing of things, Moeller took off offensively, leading the team in home runs (3), hits in a game (4), hit by pitch (5) and RBI’s (21).

Joshua Tedeschi is a 6’4 senior pitcher from Goleta, California. Last season, Tedeschi began as a relief pitcher before a mid season change found him in a starting role. He leads the team in wins (3), innings pitched (26) and has only allowed one home run on the season.

Utah’s Fun Fact of the Week:

Utah won the Pac-12 outright in 2016, earning their first bid to the College World Series tournament since joining the conference. During their tournament appearance, the Utes upset regional host Ole Miss 6-5 before losing to Boston College 4-3 and Tulane 4-1 to be eliminated.