Utes Head to Tempe to Face No. 16 Arizona State 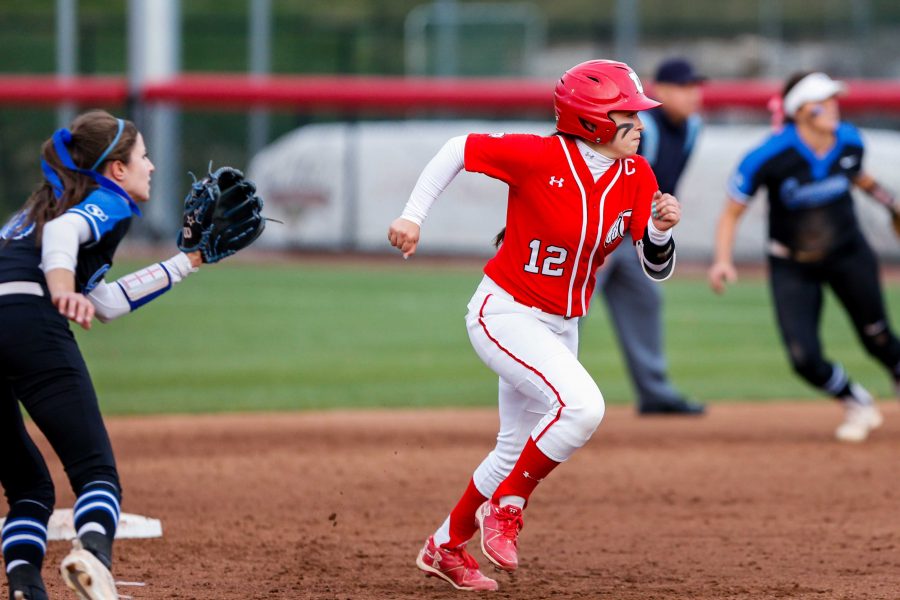 After a strong showing during opening weekend, the University of Utah softball team will hit the road and head to Tempe to take on No. 16 Arizona State University.

The Utes are coming off of a win in their first Pac-12 matchup against the University of California Berkeley. The Utes won two of the three games in the series and the bats came alive as the Utes put up 21 runs in total over the weekend.

Heading into this weekend of play, the Utes are 2-1 in conference play and they hold a 13-14 overall record.

The Utes are coming into 2019 with a young roster and a lineup full of returning players. Only three seniors graduated last year.

In three of their last four matchups, the Utes have come away with a series win against the Sun Devils. Two of these wins have come while the team was on the road in Tempe.

Last year, the Utes lost all three games to the Sun Devils and they were outscored 23-5 over the course of the series.

In the Pac-12, the Utes currently lead the league in double plays with 17. This number also ranks them fourth nationally.

ASU is heading off of their first Pac-12 weekend in which they won a series in two games against Oregon State. They racked up 31 runs and gave up only 11 to the Beavers. Overall, the Sun Devils are 22-8 and they have the same Pac-12 record as the Utes.

The team ran the bases well with five stolen bases and after game one. The Sun Devils racked up seven home runs in the series, two of which came from Maddi Hackbarth. They also went for a number of extra base hits, with 16 of their hits being more than a single.

Utes to Watch Out For

Several Utes have come out of the gates strong in the 2019 season, including BreOnna Castaneda, Sydney Sandez, Alyssa Barrera, Julia Noskin and Ellessa Bonstrom.

Castaneda is resuming her role as an infielder, and she and Noskin lead the league in assists with 134. She has come up with key hits at the beginning of the season and is a strong returner for the team.

Noskin is coming off of a strong freshman year where she was named to the Pac-12 All-Freshman team in 2018. This season, she is holding onto a .393 batting average (10th in Pac-12) and she is also in the top 10 for hits (8th) as well as top 20 for runs scored. She has played in every game for Utah and she is a solid left-handed slap-hitter at the top of the lineup.

Sandez has the most appearances for a pitcher in the Pac-12 with 21. She notched two wins in the series against Cal, and she already has six wins so far in the season.

Barrera had a stellar weekend at the plate where she launched three triples to change the pace of the games. Her four triples on the season rank her for first in the Pac-12 as well as 10th nationally. She has gotten hits in 10 straight games and she has a .474 batting average in preseason play.

Bonstrom showed her ability as a freshman this weekend as she added two home runs onto her total at Dumke Family Softball Stadium. She is ranked third in the Pac-12 for home runs with three and is hitting .316 for the season.

Sun Devils to Watch Out For

On the Sun Devil roster, there are a number of big players who will be leading the team. These names include Kiara Kennedy, Hackbarth and Samantha Mejia.

Kennedy is a local transfer athlete who played her first season at Utah Valley University. Now in her sophomore year, Kennedy has already played in 24 games and has 13 hits. Last weekend, she hit two doubles and stole two bases to aid ASU to their series victory.

Hackbarth had two home runs last weekend. She is a strong hitter for ASU and has an average of .312 on the season so far. This junior catcher from Oakdale, California is solid behind the plate and had a .998 fielding percentage during the 2018 season with only one error in 55 starts.

Mejia, a junior from Bakersfield, California, is also a transfer student who played her first two seasons with Fresno State University. She was honored on the All-Mountain West Second Team last year before coming to ASU. Last weekend, she threw 6.2 innings and allowed only five runs. She retired eight of OSU’s batters as well.

The Utes will be playing in Farrington Softball Stadium in Tempe, Arizona with game one starting at 8 p.m. MT on Friday, March 22. The game will be televised on Pac-12 Mountain and a live stream will be available via pac-12.com.