Activist Talks About White Supremacy, Capitalism and Change on Campus 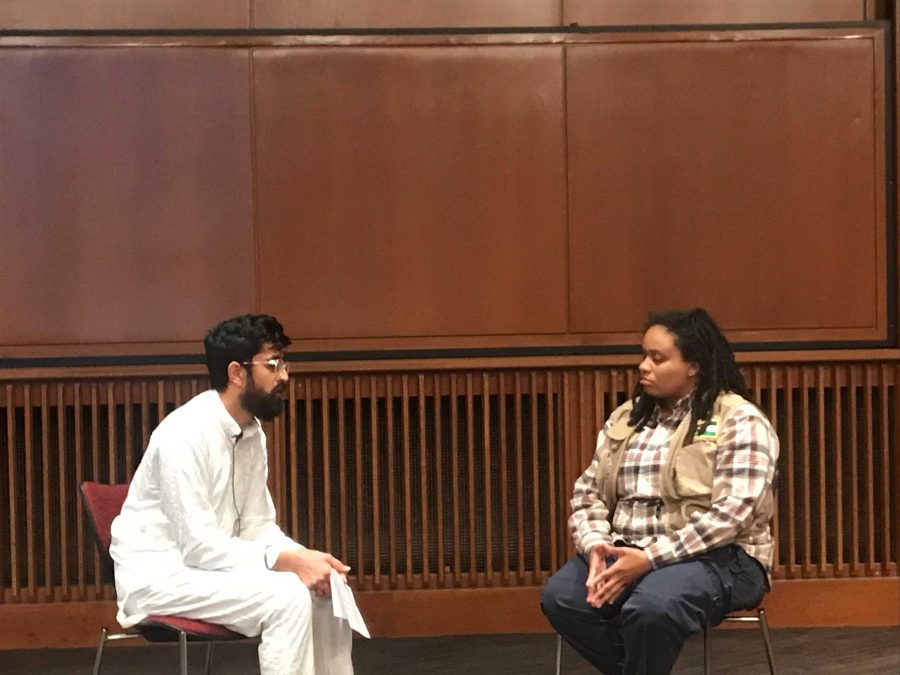 On Friday April 5, ASUU’s Diversity Board held a public event called “United Against White Supremacy” at the Gould Auditorium in the Marriott Library. The Q&A format event, featuring activist Takiyah Thompson, was dedicated to addressing recent incidents on campus which have been described as racist forms of hate speech. Thompson is known for her involvement in tearing down a Confederate statue in North Carolina in response to the ‘Unite the Right’ rallies at Charlottesville in 2017.

Touching on her background, Takiyah was raised by Jamaican and Haitian parents in Brooklyn until she moved down south due to the rising costs of living in the northern city.

She talked about how the south is “littered with Confederate monuments,” explaining how a Robert E. Lee statue in Charlottesville helped to fuel protests alongside a recent city proposal to launch an economic fund for black businesses to “create a more even playing field between whites and blacks in Charlottesville.” This event sparked a white nationalist rally that led to the death of Heather Heyer, who was protesting against the Unite the Right rally along with other peaceful protestors.

Takiyah then believed it was appropriate to carry out a counter-action in light of these events. “The best time to push forward a more radical agenda is another period of deep reaction,” Takiyah said. “So we knew that there would never be another better time to tear down a statue.”

She also pointed out that while our country operates under capitalism, “We don’t need monuments to white supremacy.” Finger-snaps from the audience filled the room to signify agreement or solidarity.

The moderator and director of ASUU’s Diversity Board, Puneet Singh, a junior majoring in Asian Studies, asked how capitalism suppresses people of color and is often “weaponized” towards marginalized groups. “You can’t separate racism from capitalism, because they are two forms of class society,” Takiyah said, mentioning the wage disparity of Black and Indigenous men and women in comparison to white workers.

Takiyah’s thoughts on Democratic politicians joining in the debate against the monuments is that it is not a good sign. “I don’t like when Democrats do it, because it’s a total cooptation of everything that they don’t represent,” she said. “If they wanted to do it, they would have done it 20, 50, 100 years ago.”

What currently inspires her is work from Mao Zaodung and the concepts of decolonization, particularly from the writings of Frantz Fanon. According to Takiyah, forms of basic liberation that she believes everyone should have include self-determination, food security and access to land.

One of the attendees of the event was Ella Mendoza, a well-known community activist and artist. Applying a local lens on the event, she agrees that “there isn’t such thing as a revolutionary politician.”

After the event, Singh told The Daily Utah Chronicle that when planning the event earlier this year, it was meant “to be about disseminating robust knowledge that can actually be applied to doing activist work on campuses.”

In the end, Takiyah wanted the event attendees interested in engaging with activism to envision what forms of liberation they want to enact, and then to invest their time and energy into it.

When asked about what wisdom she would deploy to students interested in activism, Takiyah said, “Speaking from my own experience, the university is not your friend.”