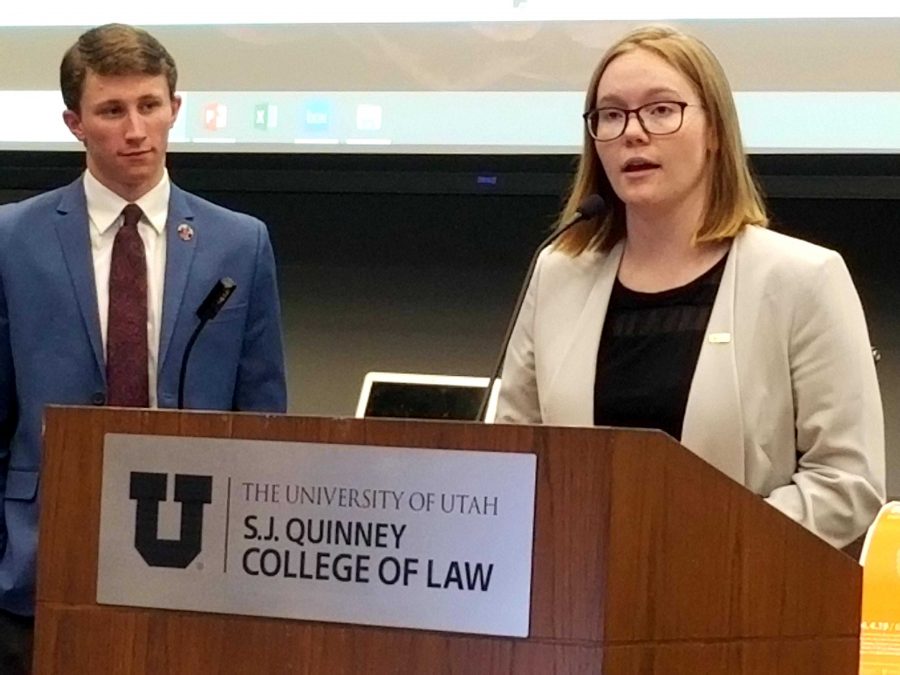 With campus safety affairs being all too close to home here at the University of Utah, there is some good news regarding steps to enhance awareness of safety resources here on campus. On April 1, in an Academic Senate meeting, ASUU passed a resolution to include elements related to campus safety on all class syllabi.

The Daily Utah Chronicle spoke to Kaitlin McLean, ASUU Senate Chair and Senator for the College of Science, who spearheaded the initiative. While McLean was doing work for the Campus Safety Taskforce, she “noticed that some of the other Pac-12 schools have required language for their syllabi including safety resources.” After doing some investigation on the U’s Center for Teaching and Learning Excellence website, she found “that nothing specific to campus safety was required or recommended to be included on our syllabi.”

McLean said in regards to the process of introducing such an item in the Senate, “I wrote the statement [initiative] after consulting with Pac-12 policies and other higher education institutions in the U.S. after presenting it to ASUU Senate and Assembly, where it passed unanimously. I also presented the final wording to the Campus Safety Taskforce, the Council of Academic Deans and President Watkins before presenting it to Academic Senate on Monday. There, after a lively debate and many questions, the policy passed with a significant majority in support.”

She decided that the syllabi was a great way to “connect students to existing resources in a way that is free, low effort and wide-reaching,” and said that, “the syllabi initiative is important in that it shows just how important safety is to the university.” This initiative visually ensures that resources are codified in a way that students can quickly access instead of having to seek out.

McLean spoke more to this point of illuminating and codifying resource awareness. “The University of Utah has many resources, some of which are new and many of which are well-established. It’s crucial that students be exposed to this information as many times and ways as possible during their time here.”

“The statement that will be recommended to the Board of Trustees by President Watkins includes contact information for UPD, when students will be receiving emergency text notifications and how to access online trainings through the SafeU website,” McLean explained.

The mission is awareness, and from awareness comes power for the students who might desperately need these resources. McLean sees a shift in just how much students and faculty are invested in campus safety. “I see people from all aspects of the campus community working together in ways I have not seen before as a student. Everyone is invested in improving safety, and this safety statement was a way that students could ask for faculty to help in that mission.” In the modern of world of technology a syllabi might seem superfluous, but because the syllabi outlines specifics of the class hopefully students will find these resources without looking.