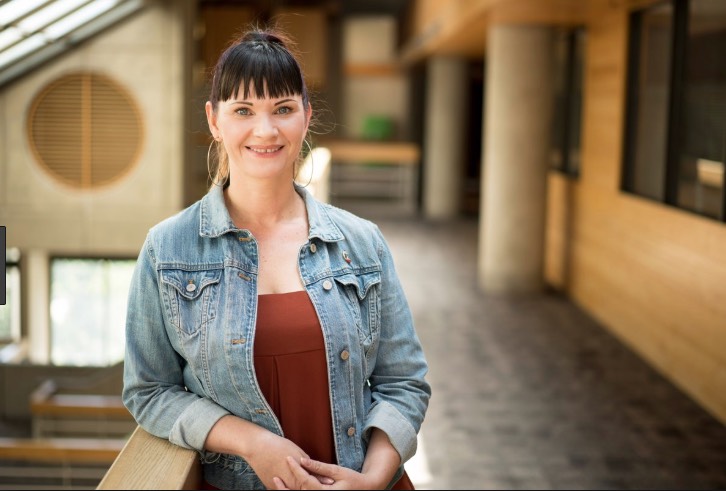 There is a stigma surrounding The Church of Jesus Christ of Latter-day Saints at the University of Utah and in the surrounding areas. Your membership in the church, or lack thereof, often serves as a baseline for judgment. Although, when non-members and ex-members seclude themselves, they eliminate receptivity to various aspects of the church which could be universal.

Members of the church who are questioning their faith may face a conflict between staying in the community and honoring their doubts. Non-members of the church may completely miss out on the communal aspects of being part of such a tight-knit religious institution. University institutions bring out independence and individuality in everyone, and people tend to forget about the power that lies behind shared experiences and values.

In the TED Talk, “Atheism 2.0,” speaker Alain de Botton suggested that secularists may benefit from incorporating the communal, didactic and ritualistic aspects of religion into their lives. “It’s almost as though either you accept the doctrine and then you can have all the nice stuff, or you reject the doctrine and you’re living in some kind of spiritual wasteland,” said Botton said.

Susan Chamberlain, a licensed staff psychologist and assistant training director at the U, said, “Even if your relationship to the sacred has changed, that doesn’t mean that you don’t have a need for sanctity … for ritual and for ways of marking important events or important relationships.”

Junior Jonathan White left the church after questioning his faith and the institution for several years. “There’s something to be said about the doctrine, scriptures and spirituality in general … it wouldn’t be such a big part of humanity if there weren’t truths within those sorts of things,” said White.

While respectful disagreement may lead to growth for all parties, atheists and religious people often end up on opposite sides of the spectrum, and, in turn, fail to learn from each other.

Growing up in the church or simply being a non-member in Salt Lake City may create tensions, but questioning or leaving one’s faith behind brings about deeper challenges. Chamberlain explained how a “closeted aspect” to questioning often exists. “People feel like they can’t live authentically because of … fears of rejection,” she said.

Chamberlain offered the term “ontological insecurity” to describe what often becomes the state of those who detach themselves from lifelong teachings, practices and companions. “When you start questioning faith or questioning religion, a lot of times you can become ontologically insecure, which means you don’t know what things mean anymore,” said Chamberlain.

Chamberlain described her own faith transition story as “very isolating and extremely emotionally difficult.” It took a toll on her relationships. “It changed so many things about how I viewed the world and how I viewed myself,” Chamberlain said.

White said, “Minus the blatant and obvious seclusion from certain groups of individuals, [the church] does harbor a really good … caring atmosphere at a basic, local level.” People who leave the church may respond to their losses by seeking support or the sense of community they have become accustomed to their entire lives.

Almost, but not Quite Safe

Chamberlain explained some of the issues regarding certain ex-member groups in the Salt Lake City area. “People who are … not feeling comfortable in a certain congregation will find a group, but that group doesn’t quite fit the need,” said Chamberlain. “They are kind of defining themselves by what they’re not, as opposed to what they are.” These groups have many benefits and may suit some people for their entire lives. For others, they are not quite as effective.

Whether religious or not, most humans desire connection. Perhaps nothing is comparable to the sense of community the church fosters, but nobody should have to settle for semi-formed, barely-fulfilling groups if they want more. Even without clearcut solutions to the gaps between the religious and secular worlds, everyone deserves to find paths that permit both personal growth and interdependence.

A Place for Discussion and Diversity

In addition to her main role at the U, Chamberlain facilitates the Faith & Doubt support group, which is open to all students, staff and faculty members. She created the group with the goal to “provide a space where no matter where you are in your spiritual quest or questioning, you have a space where you don’t have to feel like you have to filter yourself, and you can work through some of these emotional, psychological and relational issues that come from questioning,” she said.

The support group does not serve as a space for debating religious topics. Students are encouraged to share their thoughts and be open-minded about each other’s differences, but never to preach or convince others of their beliefs.

At a university with so many diverse opportunities, it is natural for people to seek out spirituality in a variety of ways. White connects to his spiritual side when exploring the outdoors with his friends. “If I’ve ever known the Spirit or the Holy Ghost, then I’ve only felt that in the mountains, like when I’ve been skiing or when I’ve been with my friends,” said White.

Botton never offered a specific answer to how non-religious and religious values could coexist harmoniously. Each person must find their own group of people which will offer them utmost support. For many students that supports lies within the Church of Jesus Christ or another religious community. Other students may bond over their different passions, perhaps academic.

“You may not agree with religion, but at the end of the day, religions are so subtle, so complicated, so intelligent in many ways that they’re not fit to be abandoned to the religious alone — they’re for all of us,” said Botton.

Atheists and non-members in Salt Lake City can learn a lot from the dominant religious group. Those who leave the church deserve as much time as they need to work through the inevitable internal and external obstacles but should not give up on finding the good aspects of the church on campus. Support groups, clubs and organizations are just a google search away. Chamberlain expressed her willingness to support any student who wants to build community. “I’ve gotten inquiries from other universities in the state about starting something like [Faith & Doubt], so I think there’s a need that people are recognizing,” Chamberlain said.