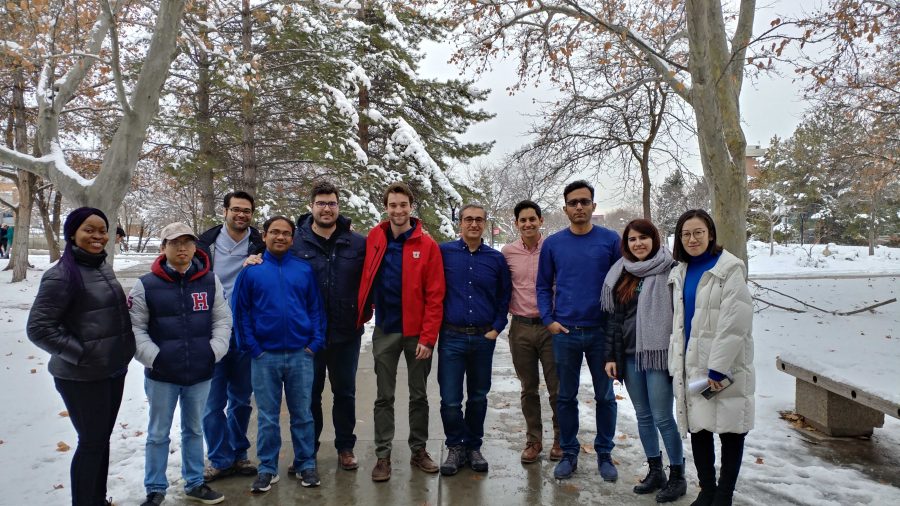 Masood Parvania, an electrical and computer engineering assistant professor at the U and director of the Utah Smart Energy Laboratory, and his team were chosen to receive funding from the U.S. Department of Energy for a three-year project.

The competitive funding opportunity was announced in October 2018 and invited universities and companies from all over the country to apply. The University of Utah’s project was selected to receive the award on March 25, 2019. The project was one of only 10 projects chosen for funding. Six of the projects were from universities and the other four were from companies.

Parvania said that they received the funding from the U.S. Department of Energy “in order to develop new tools and models to enhance the resilience of power distribution systems, which are the systems and the power grids that serve the cities, against any kind of threats from cyber-attacks to natural disasters.” He continued, “This project will explore how we can modernize the power grid with new technologies, such as remotely controlled switches and fault detectors, in order to enhance the resiliency against outages.”

This project is important as the Utah Smart Energy Laboratory works to protect the power grid against outages, such as those caused by heavy snowfall and falling tree branches on power-lines brought on by a recent spring storm. “Today it takes a long time for the repair and maintenance crews of the utilities to, first of all, find the location of the fault, then go out and repair it,” said Parvania. “But if the grid was equipped with sensors and communication systems that could locate the faults and try to reconnect the power to households through alternative paths, that would make the recovery process much faster.”

“What we are going to do in this project is to see how we can use local resources like energy storage devices, local generators, solar panels and others, as well as new technologies, to detect the faults and try to immediately see whether there are alternative options to bring back power to the normal operations,” Parvania remarked.

The project at the U involves collaborations with partners including Rocky Mountain Power, the Utah Governor’s Office of Energy Development, Idaho National Laboratory and Washington State University.

According to Parvania, “The project involves testing the technologies that we are going to develop in multiple locations over the state of Utah, to see how that technology is going to work in the real world, and that’s why we partnered with Rocky Mountain Power on this project.”

Parvania works with many Ph.D. students and masters students as well as some undergraduate students and postdoctoral scholars on several research projects. He said, “There’s a growing power and energy industry with many jobs. They are constantly hiring new engineers and that is why we see large numbers of students being attracted to this.”

In addition to this new project, Parvania and his team at the Utah Smart Energy Laboratory are working on multiple projects that aim to enhance the flexibility of power systems for integrating renewable resources, transportation electrification and co-optimizing the operation of power and water systems.