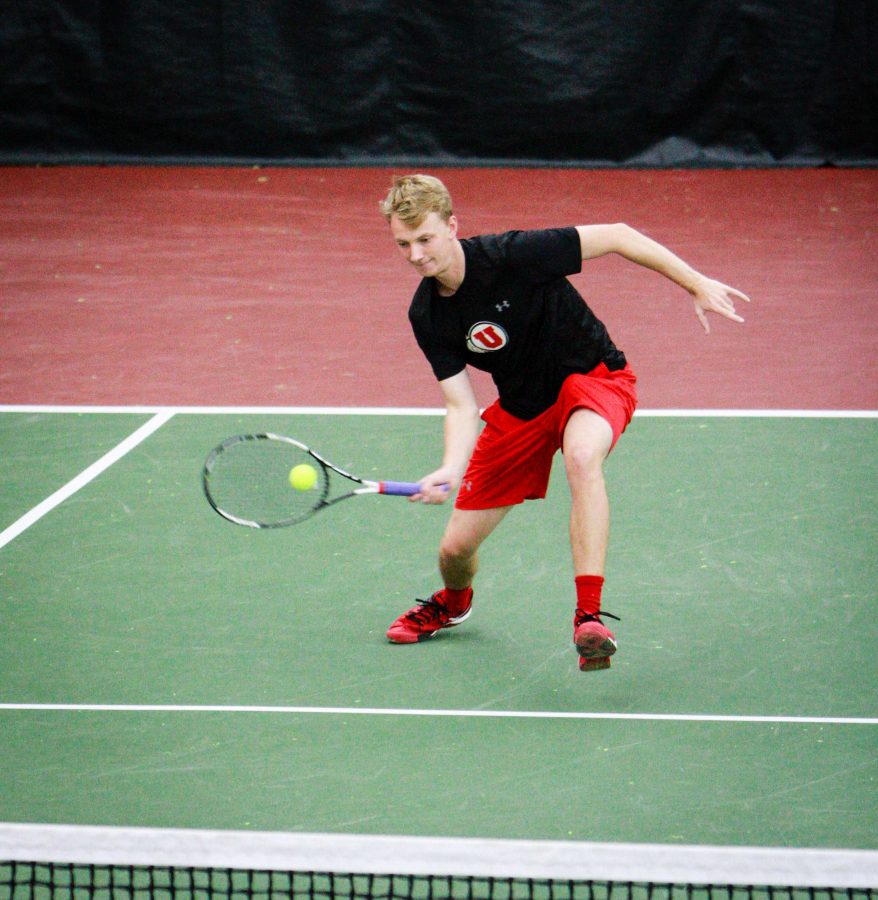 After a busy week of play last week, the Utes men’s tennis team looked to finish the season strong. The squad is making a big push for the NCAA tournament, and a week accumulating wins against Pac-12 rivals could help them to earn a spot.

Head Coach Roeland Brateanu said, prior to the season beginning, that competing well and improving during the Pac-12 season was immensely important to them and, in all odds, would indicate how they would fare in terms of reaching the tournament and accumulate results against the brutally difficult Pac-12 conference.

The Utes entered this weekend ranked 45th in the country after upsetting the undermanned, yet 12th-ranked Stanford Cardinals on senior night. They carried their momentum over into Arizona where they battled the Wildcats and Sun Devils on consecutive days.

In the Arizona heat, the Utes played in Tucson against the 24th ranked Wildcats on Friday, falling 0-4. Though the score indicates a drubbing, the Utes were winning or had won half of the singles matches, yet the Arizona squad secured the early doubles point advantage and won their singles matches more quickly than the Utes could.

The Wildcats won both one and two doubles, while the third court victory was earned by the Utes duo of Russell Benkaim and Joe Woolley, winning by a score of 6-2. The Utes accumulated victories or were leading on courts one, three and four, yet due to the doubles point advantage and the three victories for Arizona on courts two, five and six, the Wildcats secured the victory.

Brateanu stated, “It was a tough loss to a very solid Arizona team today. Winning on the road in the Pac-12 is hard enough, let alone without two of your starters in Randy [Cory] and Dave [Mikevski], but our guys fought super hard and came up short”

The following day, the Utes traveled to Tempe to take on the 31st-ranked Arizona State Sun Devils. The undermanned Utes fought incredibly hard, yet the talent of the Sun Devils was not to be denied.

Brateanu applauded Utah’s efforts, stating, “Two guys down we fought like lions today, I’m proud of our effort … We learned a lot and got better. We have a week off to get healthy and prepare for Ojai.”

The Utes battled hard but were unable to win a single match. However, impressively, at one doubles, the Utes paired Slava Shainyan and Micevski together against the eighth-ranked pair in the country of Dominik Kellovsky and Nathan Ponwith. The eighth-ranked pair emerging victorious in a tightly contested battle by the score of 6-4.

At the two spot, the Utes pair of Dan Little and Azat Hankuliyev fell as well by the score of 6-1, which gave the doubles point to ASU. On the singles side of the match, Arizona State dominated the back half of the courts, winning in straight sets on courts four, five and six before allowing one match of the first three courts to reach its conclusion. This singles onslaught by the Sun Devils marked the match and the end of Pac-12 play for the Utes.

Though unlikely to win, the Utes have proven that they can compete against the very best when healthy, and whether or not the Utes win the Pac-12, a strong showing could go a long way toward the Utes team making the tournament, as they hope to do for a second consecutive year after a two-decades-long drought.