Letter: This is Not the First Time a Female Student Leader Has Been Called a B – – – – , and It Will Not Be the Last 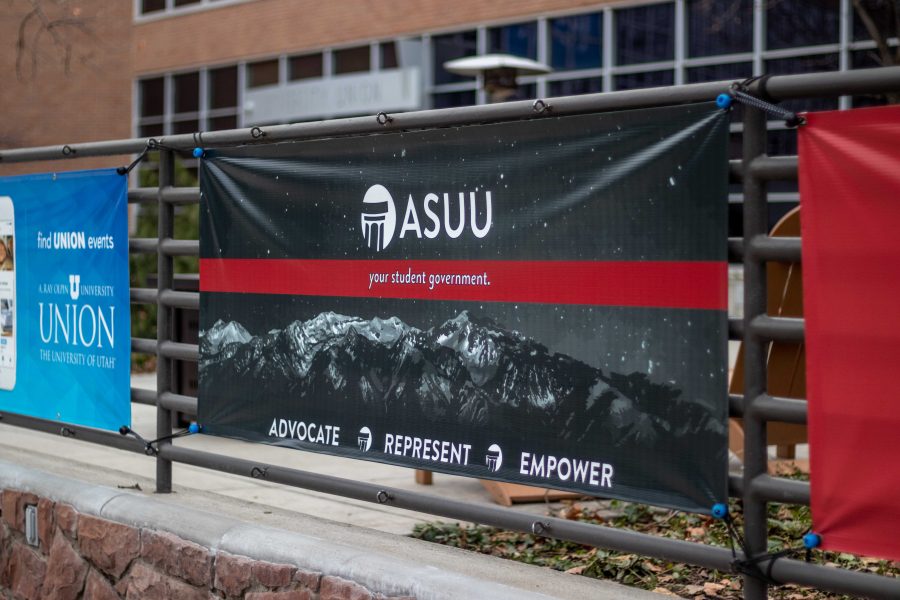 Student engagement is a wonderful opportunity for leaders across academic disciplines to unite in the collective advancement of the University of Utah. Whether through service with the Bennion Center, communion with the Center for Ethnic Student Affairs (CESA), involvement with Fraternity and Sorority Life, Union Programming Council (UPC), Associated Students of the University of Utah (ASUU) or other communities, student engagement has a powerful impact on our campus. However, “student leaders” are “students” first, and mistakes are inevitably made. It is the right and responsibility of the larger student body to critique faulty leadership. Likewise, each of these student organizations inevitably experiences disagreements that cause internal tension — but at no time should organizations tolerate defamation and hate speech.

Critical self-examination is an imperative aspect of student organizations. While it is wholly appropriate for students to evaluate the work of these organizations, student leaders should act with poise and maturity in the midst of conflict resolution. Internal disagreements should be handled with care for the sake of involved members and with respect to the larger student body whom they represent. Yet, a malignant letter to the editor published by the Chronicle on April 16 falsely characterizes the student author’s involvement with ASUU, displays an intensely vindictive picture of ASUU’s current state of affairs and fails to highlight the student author’s egregious creation of a sexist meme that refers to a female student leader by a slur.

In his letter, Greg Boisvert characterizes himself as maintaining an active role in ASUU leadership. This is not correct. Earlier this year, Boisvert faced forced resignation or constitutionally-mandated impeachment from his position (assembly representative of the College of Engineering) as a result of poor academic performance. Following his forced resignation, he joined the Government Relations and Student Relations Boards. As a board member, Boisvert’s responsibilities are negligible and voluntary, and he does not work directly with members of the executive cabinet. This is notable provided his exhaustive grievances against the student body president and chief of staff. I myself, a member of one of the executive boards Boisvert actually praises, have worked substantially with the student body president and chief of staff. I observe Connor Morgan and Lilly Kanishka to be sincerely and consistently devoted to improving the well-being of students, and I believe that the overwhelming majority of ASUU leaders would echo this sentiment.

The aforementioned meme from the private Facebook meme group, “Amazon Presents: UofU Edgy Memes for Salty Skis” was produced in reference to the recent censuring of Vice President of Student Relations Xandra Pryor. Let’s be clear here — Boisvert created a meme that referred to a woman in student leadership as a b—-. This is not the first time a female student leader has been called a b—–, and it will not be the last, as Boisvert claims his use of slurs had no impact and merely “pokes fun” at the impeachment proceedings. Boisvert should know that at no point are targeted slurs humorous, nor is their usage considered acceptable behavior on campus.

Women in leadership know all too frequently the pejorative use of the word “b—-” to deface their character and demean their work. Often regarded as “everyday sexism,” research finds that women experience “one to two impactful sexist incidents per week consisting of traditional gender role stereotypes, demeaning and degrading comments and behaviors and sexual objectification which decrease their feelings of safety and overall state of self-esteem.” Sexist jokes such as the one made by Boisvert have serious implications that cannot be disregarded as our campus faces the reality of heightened interpersonal violence. Sexist language including gendered jokes, degrading language, and slurs facilitates an environment where “acts of violence such as rape, abuse, and assault become more permissive.” While these jokes may not directly cause violence, our language structures how we frame violence against women.

I commend Connor Morgan, Lilly Kanishka and respective ASUU advisors who took action to appropriately respond to this instance of everyday sexism. The nature of this action was not the forced silencing of criticism, as Boisvert characterizes it, but rather the thoughtful defense of female student leaders. In a time where survivors’ concerns of campus safety often feel ignored, I am proud that ASUU remains resolute in prioritizing student safety. While Boisvert believes his “joke was taken way too personally,” the manifestation of interpersonal violence is precisely that — all too personal. If we seek to foster a safe environment where violence can no longer manifest, it is our duty to call out everyday sexism in our social circles, leadership positions and during times of internal organizational conflict. Survivors of violence cannot afford to be “silent and complicit” as violence thrives. It is high time student organizations stand in solidarity with survivors to proclaim that “enough is enough.” Mobilizing against sexist language is the first step. For that action we are grateful, yet we remain attentive to the future dedication of student organizations toward uplifting student safety. We will not be silent.