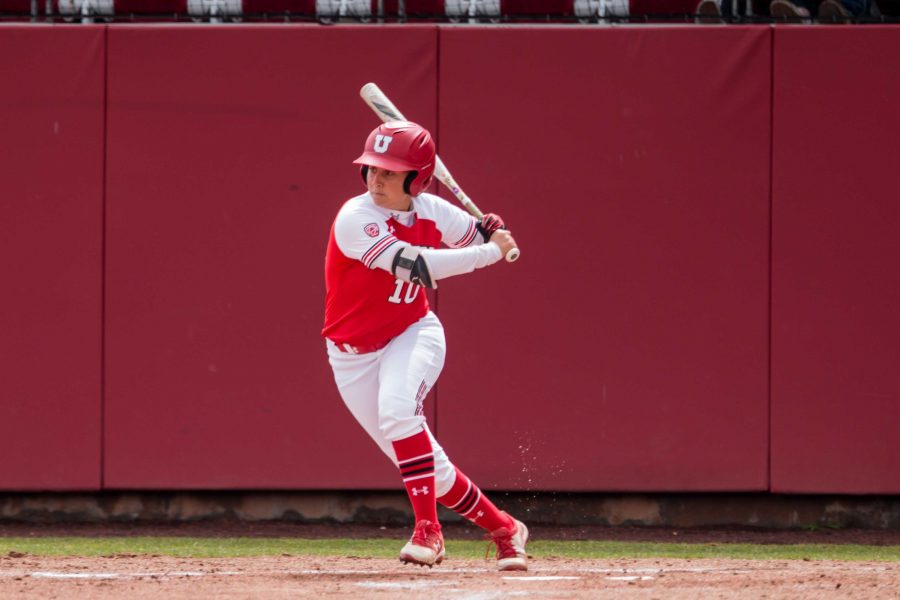 Many of the student athletes at the University of Utah move here from the west coast for a change of scenery and, in many cases, to attend school for a cheaper price.

Julia Noskin, a sophomore on the softball team, is one of these athletes. Noskin calls Calabasas, California home, but she has adapted to Utah after a year and a half in this new location.

Noskin is a communication major minoring in psychology. Although she hasn’t pinpointed an exact profession for post-graduation, she wants to explore her the depth of her psychology minor as much as possible, as the topics within it interest her a lot.

Although the results from last season were not what the team had wanted, Noskin is confident in this year’s squad, and she is ready to hit the diamond with her teammates once again.

“I think we have a lot more room to grow and get better as a team, but we will get better as the season goes on, and I am excited to get into Pac-12 play,” Noskin said. “I am looking forward to just getting back out there to redeem our season from last year and show what our team is made of and getting to compete at the highest level.”

Karyn has been Julia’s number-one fan since she began playing softball at the age of five. Now that Julia is at school in a different state, Karyn has made sure to make her work schedule flexible so that she has the freedom to travel and cheer on the Utes wherever they go.

“Because it [Utah] is Pac-12 and on the west coast for the most part, I probably go to 80 or 90% of the games,” Karyn said. “I have my own business, and I knew I wanted the flexibility to go and see her because eventually it ends. As a parent, my favorite thing to do is see her on the field and see her excel at something she has worked so hard for.”

Returning to Dumke Family Softball Complex for her second season, Julia is ready to shine once again on the diamond. In the 2018 season, she was named to the Pac-12 All-Freshman team, and she was first on the team in runs with 31, walks with 15 and an on-base percentage of .395.

“I think it is a lot less nerve-wracking. I am really excited to get out there because I know what to expect for the most part, and I want to show everyone what the team is made of,” Julia said.

Julia is looking forward to returning to the team so that she can influence the new girls in the same way that the older players did for her last year.

As a student athlete, Julia has had to work hard to balance both her grades and games in the springtime. All of this hard work can be taxing on any student athlete, but she handles this pressure well.

“She is a very humble kid. She certainly doesn’t brag and she doesn’t look at her stats. She just goes out there and does her thing. It’s great as a parent to see that,” Karyn said. “There are so many great lessons to learn from that. Especially in a tougher season that is when you learn the most. I have a smile on my face just talking about it. I am so proud of her.”

Like any parent, Karyn loves nothing more than watching her youngest daughter succeed in what she loves. A message that Karyn likes to share with Julia is to “do your best, be a teammate. Lift others and affect other people. You are doing your own thing. You can control what you can control. Be you.”

Julia is happy with where she is here in Utah, and she has found a second family with the other girls on the team.

“It has always been my dream to play in a power conference forever, and I have finally made it here.”