Utes Drop Three Against No. 3 UCLA 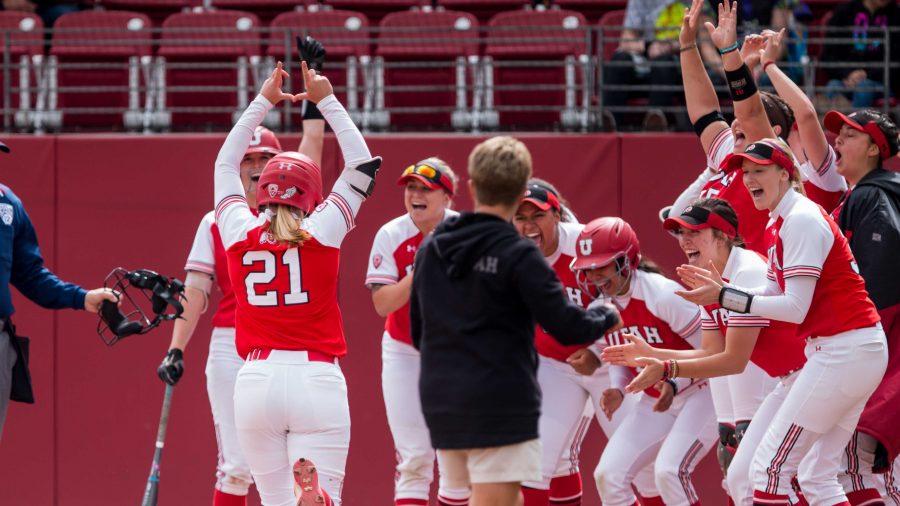 The University of Utah softball team was unable to stay afloat as they dropped three games to No. 3 UCLA this weekend. Utah was outscored 22-1 by the nationally ranked Bruins, and the Utes managed only 11 hits over the course of three games.

The Utes were shut out in Game 1 of the series as they held the Bruins to only three runs, the fewest number of runs scored by UCLA in the three games.

On a high note, Utah’s senior pitcher, Hailey Hilburn struck out five batters, which is a season high for her. She held the Bruins down until the seventh inning when they had their breakout inning with two home runs, one from Briana Perez and one from Colleen Sullivan, to score all of their runs.

The Utes only got two hits against UCLA’s stud pitcher, Rachel Garcia whose record went up to 19-0 for the season after this game. She is ranked second in the nation with an ERA of 0.68.

Utah had a chance to score in the fifth inning when they moved Makayla Hurst to second base, but they were unable to score her, and they unfortunately didn’t have another chance in the game.

Game 2 gave the Utes a bit of hope, but they were put out once again in five innings with a score of 9-1.

Both Julia Noskin and Ellessa Bonstrom got two hits each and Hilburn kept her name at the top of the team’s home run list with her seventh of the season.

Utah loaded the bases in the first inning to start off the game in their favor, but UCLA’s four-run first inning gave them the forward momentum early on. The Bruins followed up with a three-run third inning and two more in the fifth to end the game early.

Three different UCLA players sent the ball over the fence, and four at bats resulted in doubles to contribute to their 11-hit game.

Utah continued to have good looks on the bases throughout the game, but they could not keep it going, and their only run of the game was thanks to Hilburn in the fifth inning.

Game 3 was another shutout as the Bruins concluded the sweep with a 10-0 victory in five innings.

Senior Ally Dickman was the only Utah player to collect two hits, but her efforts were not matched by the rest of the team. UCLA’s Holly Azevedo earned her 10th win of the season, improving her overall record to 10-0.

The Bruins once again rallied for a four-run first inning, and they scored in every other inning except for the fourth. They hit one home run in this game to bring their weekend total up to six, including two each from Perez and Sullivan.

The Utes put two runners on in the second inning but they could not capitalize against the Bruin pitching staff, and they came out of the game unable to score any runs.

The Utes will face their in-state rivals, Brigham Young University, in a single game on Wednesday, May 1 at 6 p.m. in Provo, Utah. They will resume Pac-12 play at home in their final home stand against the University of Oregon with Game 1 on Friday, May 3 at 6 p.m. at Dumke Family Softball Complex in Salt Lake City, Utah.