Utes Come Out on Top in Last Home Series 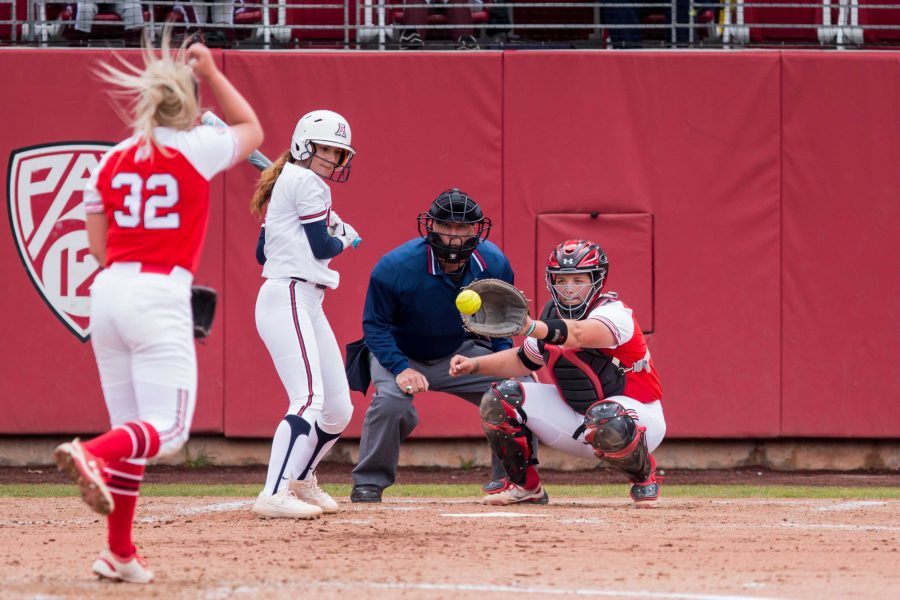 The Utes opened up the series with a thrilling 4-3 win thanks to a walk off hit from BreOnna Castaneda.

Utah started off hot with two runs in the first inning off of RBI singles from Ally Dickman and Castaneda. Utah built off of their lead in the third inning when Ellessa Bonstrom scored on a passed ball.

Oregon did not score until the top of the fifth when they got a two-run home run as well as a single to tie up the game.

With the score tied up going into the seventh inning, Barrera ripped a double to start off the inning and then she quickly stole third. Castaneda was the next batter up and she delivered a single up the middle to score the winning run for the Utes.

Game 2 did not go as well as the Utes had hoped, and they fell 9-4. Despite a tough loss, the Utes still had a few players that showed up and contributed in big ways.

Oregon came out of the gates with two early runs off of three doubles in a row, but Utah took back one of those runs with a hit from Barrera.

Utah tied the game up in the fourth inning as Bonstrom smacked a double and then scored off of a single. Castaneda followed with another double to score one more, tying the score at three.

The Ducks went up by two more runs in the fifth and capped the game with a four-run seventh inning to seal Utah’s fate.

Utah managed only one more run in the game during the sixth when Hilburn scored on Castaneda’s second double of the game.

The final game of the weekend came on Sunday afternoon and it started off with the three seniors being honored. Hilburn, Dickman and Ryley Ball made their final appearances in Dumke Family Softball Stadium.

Utah kept the Ducks down for two more innings, with Hilburn craftily striking out two in the top of the third to escape from the inning.

The Utes got into trouble with the bases loaded in the top of the fourth, and Hilburn was replaced with Sydney Sandez. Oregon scored one on a single past shortstop and another on a passed ball to bring the score up to 3-0.

In the bottom of the fourth, Utah loaded the bases with no outs. Abby Robertson hit a routine pop fly to right field, but Oregon’s right fielder dropped the ball and Utah scored one. A single through the right side put another across, and Utah brought the score gap down to only one.

With the bases loaded in the same inning, Dickman launched a line drive to center field. The ball got by the outfielder and Dickman hit all four bags for a triple that turned into an inside the park home run and put the Utes up 6-4.

In their next at-bats, Barrera placed a single over first base and Castaneda hit a triple off of the wall to score her. Castaneda scores on a fielder’s choice with the next batter, putting the Utes up 8-3.

The sixth inning wrapped up the game as Barrera hit her seventh triple of the season for two runs and then she scored on a blast to center from Castaneda that ended play an inning early.

The Utes will conclude their 2019 season next weekend against Oregon State. The team will start the series on Thursday, May 9 in Corvallis, Oregon at OSU Softball Complex.