The Daily Utah Chronicle • May 10, 2019 • https://dailyutahchronicle.com/2019/05/10/avengers-endgame-the-franchise-ending-doesnt-disappoint/ 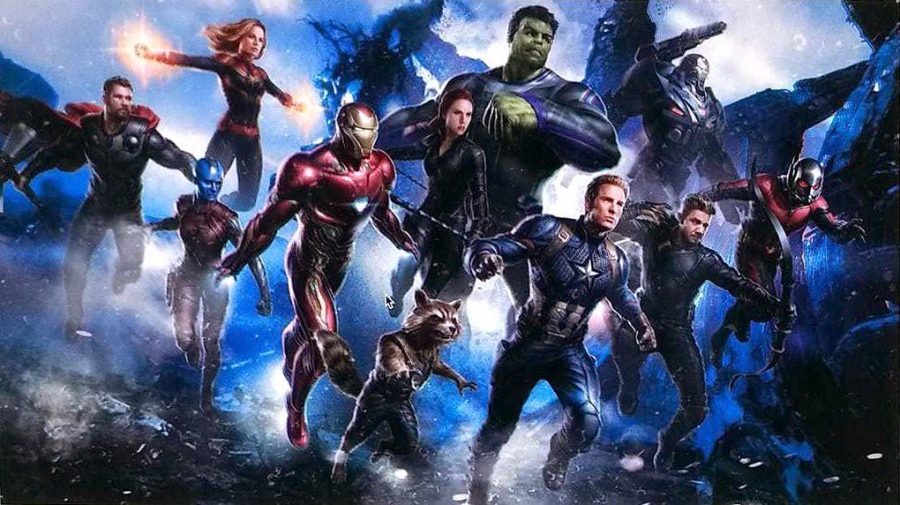 Warning: You might not want to read this article if you have not yet seen the film. It contains some spoilers.

Summer is here at the University of Utah and “Avengers: Endgame” has been released at the perfect time. The finale to the fourth phase of Marvel’s Avengers superhero series, this conclusion does not disappoint. “Avengers: Endgame” has left audiences raving, crying and painfully wishing that there was more like it to come. Directed by brothers Anthony and Joe Russo, this film was first debuted to the general public on April 26, 2019. Local movie theatres all provided many showings a day, as well as special Marvel-themed concessions. The theaters knew that there would be crazy amounts of Avengers fans coming in to see this finale film and they rightfully took advantage of it. According to the Walt Disney Company, “Avengers: Endgame” had the world’s highest grossing opening weekend of all time, with $1.2 billion coming into the box office. It was also the first film to ever break $1 billion in its opening weekend.

“Avengers: Endgame” places viewers in a world that is still suffering from the effects of Thanos and his single, stone-encrusted snap. After a heartbreaking reminder of the destruction Thanos caused in “Avengers: Infinity War” in the opening scene of “Endgame,” we take a close look at the lives of all of our beloved supers, like Iron Man (Robert Downey Jr.), Captain America (Chris Evans), Thor (Chris Hemsworth) and all of the other remaining heroes. Despite the devastation, life continues to move forward without those who had been disintegrated. The message is clear — the world, at this moment, is a rather dark place. Yet, in true Avengers fashion, the team is slowly reunited. Those who remain alive are not ready to give up easily. Their mission? Well, I won’t spoil it for those of you who are choosing not to splurge on a full-price movie ticket. Let’s just say that one of Marvel’s most epic adventures is about to ensue in the chaos of time travel and surprising outcomes. The film is packed with endings for each superhero, includes several references to the classic comic books and features a final cameo from the late Marvel creator, Stan Lee.

As a major fan of Marvel movies, I believe that this finale did the series justice. Not only did we get to say a perfectly timed goodbye to many characters who are close to our hearts, but we get hints at possible new hero storylines to come. With the newer characters of Captain Marvel and Spider-Man, it’s obvious that Marvel isn’t planning on stopping any time soon. A word of advice? Try to see this film as soon as possible, not only because it’s the perfect ending to a spectacular series but because the next Marvel release, “Spider-Man: Far From Home,” is based heavily off the ending of this film.

Now, for those of you reading this review thinking, “I haven’t seen all the Marvel movies, will I be lost?,” my answer is that yes, you will be. Considering the number of previous film references and preconceived knowledge needed in this film, it’s better to be safe than sorry. If you want to make your viewing simple, just see the movie’s predecessor, “Avengers: Infinity War.” The information and stories shared in “Avengers: Infinity War” will help the most with understanding the storyline of this new film. But if you want the true Marvel fan experience, binge the whole series in this order.

I would give this movie a 10/10. Not only did this action-packed superhero film fulfill its requirements of humor and wit, but it ties together all the Marvel Cinematic Universe storylines in a perfect, if not heartbreaking way. When a franchise comes to an end, there’s always a worry of its finale being good enough. There’s no doubt that this film doesn’t concern itself with that worry. To have Marvel Studios create such an emotional and successful film is a triumph and an ode to the superheroes, the fans who loved them and the man who created its legacy.

“Avengers: Endgame” is set to release on DVD and online sometime in August 2019.