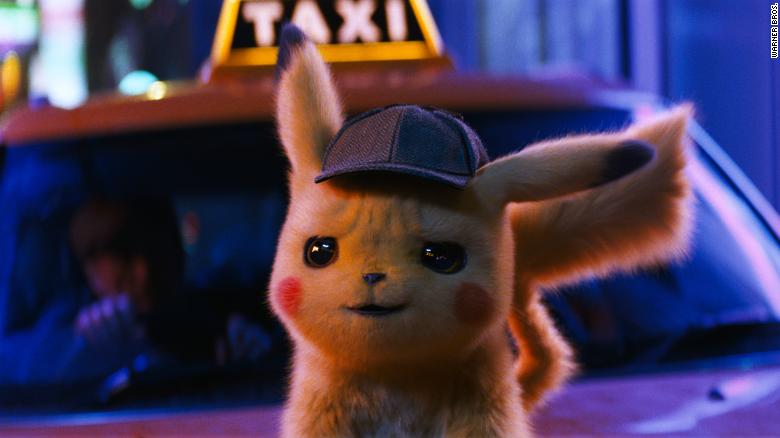 This article is spoiler free.

It’s not common that I walk out of a movie theater with a clear, non-conflicted opinion of a film. I’ve mastered the art of nitpicking and can usually find something wrong with the acting, the cinematography, poorly written dialogue or plot points, lack of character development, boring set design or whatever else I decide isn’t up to par. Similarly, I can find the silver lining in a bad film and areas where I find the movie excelled. To be entirely honest, maybe I just really enjoy disagreeing with everyone else, but that’s beside the point. Every once in a while there comes along the odd pearl — a film that’s so consistent throughout that I can’t help but feel strongly one way or the other. “Pokémon Detective Pikachu” was one such pearl, and I thoroughly hated it.

In truth, I was actually excited for this movie. I never thought I’d be one to root for a live action CGI Pokémon movie. Sure, I grew up playing some early Pokémon games, but I have long since left that phase of my life behind me. Still, when I first saw a trailer for “Pokémon Detective Pikachu,” I have to admit that I thought director Rob Letterman was onto something great. There’s something fresh and interesting about the modern, seedy noir setting to a Pokémon film, and the trailer played on all the nostalgia for my days in the back of the car with a Game Boy. I wasn’t expecting much, but I was cautiously optimistic.
The Good Parts
Ryan Reynolds — the main selling point for this movie to any non-Pokémon fans out there — was the best part of “Pokémon Detective Pikachu.” He voiced Pikachu brilliantly and gave the character a sense of personality and life that was missing from all the other parts of the film. I genuinely loved his high-energy performance and rapid-fire comedic timing — however, he could only carry the movie on his own for so long.
The Rest
From the very first scene and all the way to the end, the writing of “Pokémon Detective Pikachu” sputters and disappoints. (The story is by Dan Hernandez, Benji Samit and Nicole Perlman and the screenplay is by Hernandez, Samit, Letterman and Derek Connolly.) Character dialogue rarely feels alive or natural, and the movie frequently relies on exposition through dialogue to reveal the most important plot points. There’s almost no sense of mystery or puzzle-solving for the audience because the characters make most of their discoveries through the most surface-level dialogue imaginable. On top of that, the plot relies on the most blatant misdirections and contrived narrative twists. The entire film builds up to one big reveal, but the final premise is borderline nonsensical and takes the film in a different direction than what the rest of the film has established.

Characters in this film disappoint in every way — Pikachu aside. The lead actor, Justice Smith in the role of Tim Goodman, delivers his lines in a detached and unconvincing manner. Perhaps this can be attributed to the writers for unimaginative dialogue, or maybe this problem naturally arises due to the difficulties that an actor might face in trying to film dialogue with a CGI character like Pikachu, and the other actors and actresses do not manage much better.

I might be able to look past the bad plot and boring characters if only the whole film felt slightly more cohesive. Yet as it is, the film feels more like a series of plot-heavy scenes, one after another, with hardly any sense of overall direction or motion to it all. In the same vein, the film’s pacing falls apart almost immediately and there’s never a sense of time to any of the action. Everything just seems to happen exactly once the last scene ends, without any transitions, time constraints or overlapping action to mention.
In Conclusion
I can not in good faith recommend “Pokémon Detective Pikachu” to anyone. Save yourself the time and money. Instead, go online in a few weeks and find a YouTube clip of all Ryan Reynolds’ bits as Pikachu, and I guarantee you will have a better time with it than I did.